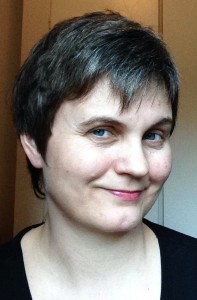 Quick Q&A
Tell us one thing you loved or found fascinating about a place you have lived.
I’ve been so lucky to live several places in Africa as a child and huge chunks of my heart is left there. What I both loved most and hated most, was the different rhytmn. The African time, as we called it. It could be extremely frustrating when being a restless and impatient soul, but I like to think that I got a more relaxed attitude towards looking at my watch all the time and allow the things that were happening, to happen. Go with the flow. Also, how bizarre it was, if you stopped driving in the middle of the wilderness, there would always be someone coming out from the bush to check us out. There were people everywhere! Quite different when compared to living in a sparsely populated Northern country. I also loved to listen to the drums in the night or to wake up to the mosque calling to prayer in the morning.

What did you want to be when you grew up (other than a writer if that was an option)?
They say I declared to my grandmother when I was five years old that I’d become an author and write a book about her. I was a strange child, always deep into my books, reading adult books about explorers, the cold war and spies. So, other wishes were to become a professor (the Oxford kind, maybe an archeologist), a war journalist, a jet plane pilot, or an aid worker. I also played with the idea of becoming an artist fulltime. When I turned fifteen and had to choose further education, I badly wanted to become a psychologist, but I knew I wasn’t tough enough. Looking back, I think I’ve done well. I might still write a book about my grandmother, btw. Writing is the one wish that has always been with me.

Which super hero would you most like to be and why?
I’m not sure this hero exists. But of the ones that exist, probably Cat Woman, because you know, kick ass, and cats.

It’s finally happened! The zompoc is here! Name four things in your ‘go bag’ and your primary weapon.
First: Eeek! Second: Maps, solar powered torch, something to filtrate water with, a wool blanket. I would have wanted a notebook and pen, but have to take mental notes instead. I thought of bringing a swiss army knife, but since my pet weapon would be a machete, it would do. A machete means close encounters, not firing from a safe distance, but it will last if you remember to wipe off the gore and sharpen it now and then.

What is your go to comfort book or writer when you can’t settle into anything new?
I’m huge at rereading. It’s more about what mood particular books/stories put me in, rather than who wrote them. I’m the same with movies. Fantasy and science fiction are always good choices when needing to escape real world and seek comfort. Also, I often reread Jane Austen and the Bronte sisters, and writers such as Haruki Murakami, John Irving and Amy Tan. I also have Norwegian and Nordic writers I come back to, like Thore Hansen, Astrid Lindgren and Tove Jansson.

What is the single most important thing to your writing process?
I need a deadline.

If you could collaborate with any author who would it be and what would you write together?
I’m not sure about particular authors, but I’ve often thought it would have been fun to either create a world with someone where other authors write from different angles than me. I’ve also thought about a correspondence of some sorts.

One Reply to “Margrét Helgadóttir”