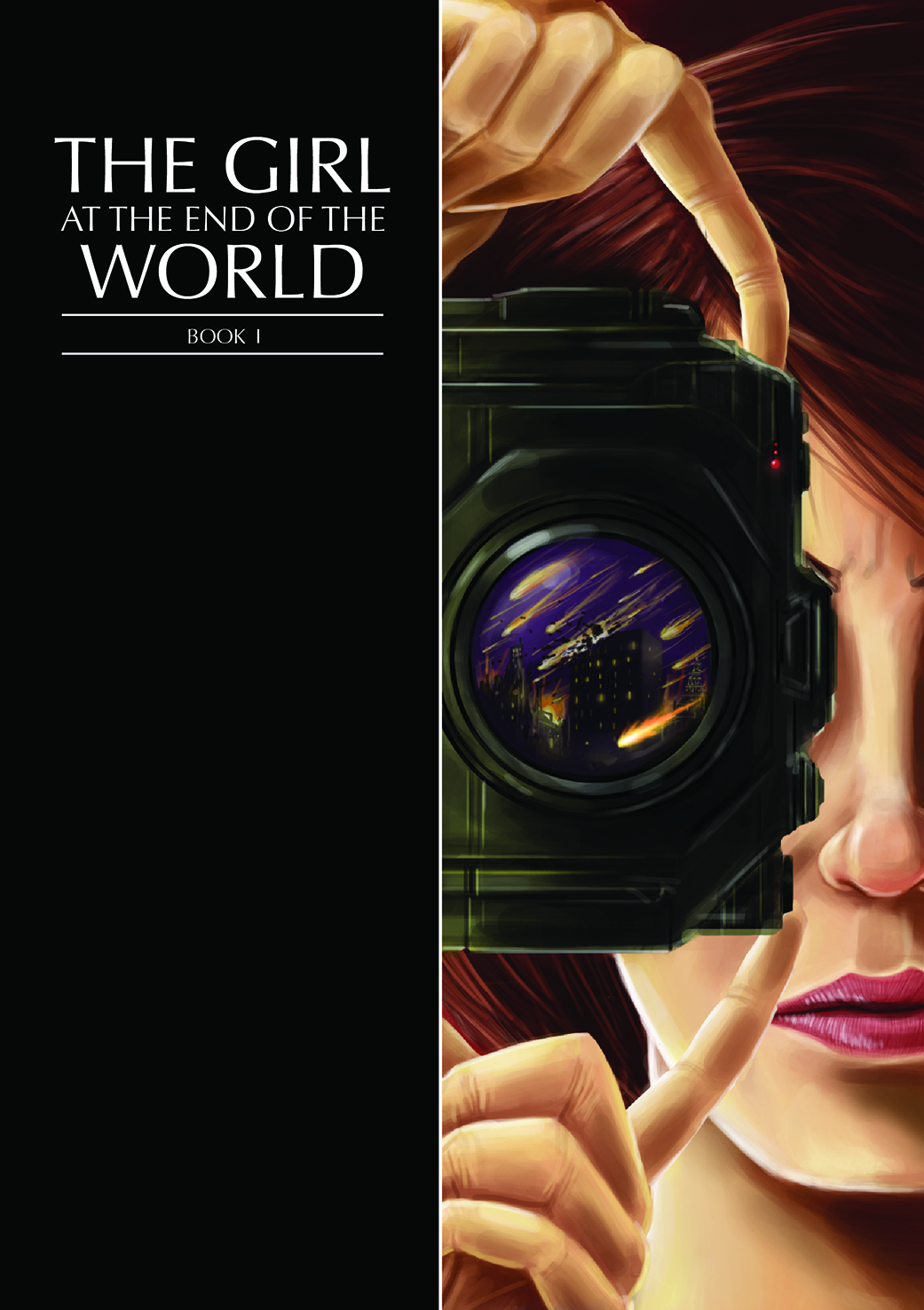 It’s the end of days. The sky is falling, the seas are burning and your neighbour is a zombie. It’s brutal out there. It’s every man for himself and these heels are going to have to go; you simply can’t run in them!

Across two volumes, The Girl at the End of the World offers forty-one striking visions of the apocalypse and the women and girls dealing with it. From gods to zombies, from epic to deeply personal, from the moment of impact to a future where life is long forgotten; bestselling authors and exciting new writers deliver tales you’ll still remember when holed up in a fallout shelter with one remaining bullet and a best friend with a suspicious bite mark on their neck.

Antichristine by James Bennett
1.
Faith is the new girl. She shuffles into Mr Jaworski’s science class and stands at the front before all the desks and the sea of eyes. She stands under the wooden cross and the clock, next to the teacher’s desk. Already the other kids are judging her. Already they’re laughing. They don’t like her stripy stockings. They don’t like her black dress or her hair that looks attacked by crows. The stockings, dress and hair mean she is different and therefore weird. Weird isn’t good in the 8th Grade. Faith is the new girl and will never be like them.
‘This is Faith, the new girl,’ Mr Jaworski says. He goes to pat her shoulder, thinks better of it. ‘I trust you will all make her welcome. Faith, please say hello.’
Faith doesn’t say hello. Some girls sat up front snigger. One of them, a skinny blonde in a pink tee shirt and non-existent skirt, pops some bubble gum and says,‘She’s the new girl? I thought she was here for dissection.’
Everybody laughs.
Mr Jaworski doesn’t laugh.
Faith doesn’t laugh.
Mr Jaworski says, ‘Christine Collins, the class comedian. One more peep out of you and it’s detention.”
‘Yes, sir. Sorry sir.’ The girl, Christine, doesn’t look sorry. She crosses her supermodel legs. A smile hangs under her nose job. A lot of money went into her teeth. They’re too white. Too perfect. Almost as perfect as the hate that Faith feels looking at her. Looking at her and imagining her head bursting into flames, her hair crisping, her eyes melting, her smile becoming a sealed line of dripping, liquefied skin.

If You Like Books Book 1 : There are infinite ways to get there, but the result is strong women making the decisions they need to make to survive. Some care only about their own survival, and others are more protective. No matter, they are all alone when they make their choices.
If you think the Bechdel Test shouldn’t be hard to pass, read The Girl at the End of the World: Book 1.

Tony Lane on Book 2 : The book was broken down in to three sections. Each had a different feel. Moving from fantasy through urban apocalypse and science fiction to the finale at the end of time this book had a flow and a rhythm that somehow managed to tie such diverse stories in to an almost seamless narrative.

Tony Lane on Book 1 : I think I’ve read all of the Fox Spirit collections and there is a certain feel to them. A darkness tinged with some acerbic humour.  This collection is darker and more serious until you get to the very end. There is a sudden release of tension as you near the end.

And The Future Fire gave a balanced and positive review of Girl at the End of the World Vol 1 here. : The very cool small press Fox Spirit Books have brought out an anthology of apocalyptic or post-apocalyptic stories with women protagonists in two volumes. Edited by Adele Wearing, the generally high-quality The Girl at the End of the World (or at least the first volume, which is all that I have read—a review of volume two will follow from another reviewer) covers several different areas beneath the umbrella of apocalypse, from the personal to the world-shattering, from the absurd to the terrifying.

14 Replies to “The Girl at the End of the World”