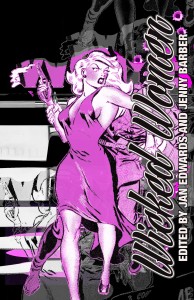 Win Some, Lose Some by Juliet E. McKenna
The Martagon is one of those taverns which, while not a brothel, always has enough lasses idling about in low cut bodices to catch a man’s eye through its hospitably open door. And there are always plenty of men passing the door, given it’s in the middle of a street of rooming houses that cater to country folk on some long anticipated visit to this splendid city of Selerima. Such folk always include plough boys desperate to quench their youthful ardour without the risks of sowing their seed in some local furrow. And then there are the older men whose marriage bed has long since staled. They can often be tempted into a slice from a fresh cut loaf.
‘Livak, there’s a man asking for you.’ One of the lasses sauntered over, hips swinging, hem of her pink gown hiked up to show the golden lace on her petticoats and fine white stockings above her soft yellow slippers.
I swept up the rune bones I’d been casually rolling on the table in front of me. ‘Send him for a walk down the Andelane. He’ll find what he’s looking for there.’
Even dressed in a man’s breeches and boots with shirt and jerkin loose enough to disguise my curves, getting the occasional offer is one of the prices of setting up in an inn like the Martagon. Some mistake me for a lad in the candlelight, half blinded by guilt or anticipation or both. Others just see my red hair and green eyes and remember all the whispered stable yard tales about the insatiable appetites of Forest women. Such whispers had mortified my respectable housekeeper mother once I’d reached girlhood, just when she’d thought the gossip about her ill-starred dalliance with the Forest minstrel who was my father had finally faded.
‘Tell him she’s with me.’ Halice was

Felicity Keane on Amazon : Witches, vampires, queens, thieves and warriors. Wicked Women is an anthology of stories about women who are pushed over the edge and we the readers who watch and follow their misadventures.

Though the stories vary in length, they each manage to condense enough information so we know who these women are and what pushed them to the brink, making us want to see how their tales pan out and, more importantly, make us want to see them win. 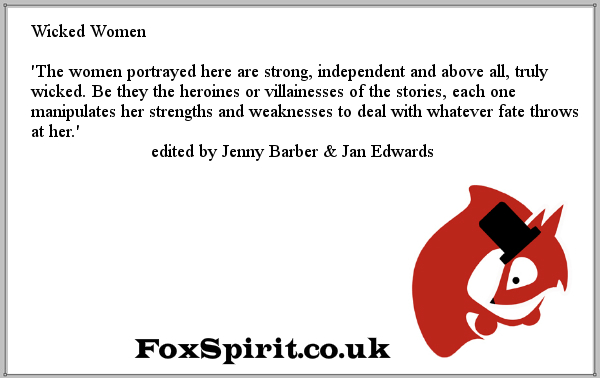