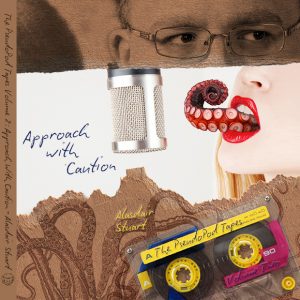 Alasdair Stuart, host of the Pseudopod podcast, part of the Escape Artists group, is back with a second volume of outros.

(This essay first appeared on Pseudopod Episode 315, Bad Company by Walter De La Mare, read by Paul Jenkins. Due to an accident of scheduling, this episode actually ran on March 18th 2013 but is included here because this was its originally intended position)

London has a gravitational pull. As someone not so much Northern as one part Northern, one part Celto-Viking I push against that good and hard, but it’s true. The first time I was in London was a family holiday, delayed and removed from our usual venue of York by a family bereavement. It was a cultural bank raid; in, see some things, out, in a long weekend.

I think, with the benefit of hindsight, it changed my life. I mean, look at some of the things I got to do.

I had a whole hotel room to myself.

And there were still TV programs on.

He had Norman Lovett from Red Dwarf on.