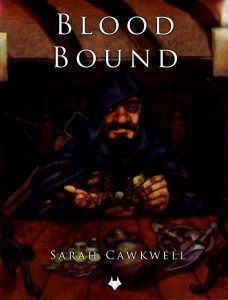 “Agreement is made this night between Jareth De’Roth and Taryanderon ap Pallerion. For the successful procurement and return of the item (as described) in its original state and undamaged, the promised and most generous payment will be made in full. Should this contract be broken, the consequences will be most severe. By signing this oath, you acknowledge your full and complete understanding of these terms. 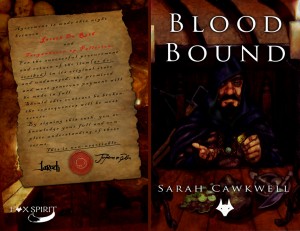 BRANCHES WHIPPED AGAINST HIM as he stumbled blindly through the woodland night. In the tumbling and
breathless panic that had taken him into its embrace, their spindly touch invoked terrifying images of groping fingers
reaching out for him; desperate to haul him back to that terrible place. He plunged onwards.
Through bramble and bracken he ran, never once daring to pause and look behind. Hungry, avaricious branches caught
in his clothes and his hair, tearing huge chunks of flesh from his face and leaving red welts wherever they connected with
skin. The stinging pain came and went without much notice. He felt warm blood trickle down his cheek, dribbling its
unmistakable copper tang into his mouth, but he didn’t stop to wipe his face clear. Stopping was not an option. He had to
run.
And so the terrified man did just that.
He ran.
His breathing was ragged, his heart pounding like a battle drum against his ribs. It had been many years since he had
exerted so much energy and the constricting pain across his chest was excruciating. He felt as though his heart was on
fire, a burning ball of flame threatening to consume him from within. Still he ran as though all the demons of hell were hot
on his heels.
There was no moon tonight and the inky blackness fed even more fear into him. He glanced distractedly down
at his tunic, where the material had been shredded by inhuman claws and caught sight of the deep gouge in the skin
beneath. The wound did not flow with blood, but the oozing was steady. He remembered the precise moment he had
acquired it. It had been when that… thing had reached out and snatched at him.

The Cult Den Blood Bound : Cue a totally unexpected plot twist and an eventual final battle worthy of any blockbuster movie, and you have a highly satisfying conclusion which still leaves enough questions and possible openings for a continuation.

Tony Lane : This story is short. Too short. There needs to be more. I finished the story and wanted to know more of the back stories. I wanted prequels and a follow-up.

Fifty Shades of Geek : There are no tired clichés here, each character is a real and three dimensional being, and there is not one of them who you can unequivocally love or loathe by the end.  Like real people, each of them has strengths and weaknesses, noble and ignoble aspects.

One Reply to “Blood Bound”