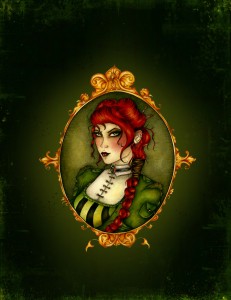 Emily Nation is the greatest assassin in a post apocalyptic world. Raised with a gun in her hand and under her adoptive father’s watchful eye, she made a name for herself as an utterly ruthless killer with a firm moral code, never taking a commission against anyone who didn’t deserve it. Armed with an assortment of bizarre weapons provided by an extremely secretive sponsor, nobody is safe once Emily has them in her sights.

When a commission goes south and follows her home to her wife and daughter, everything that kept her on the straight and narrow begins to crumble, uncovering the darker, crueller side of the master assassin. With the precarious balance of her life in ruins she puts the west of England in her rear view mirror and doesn’t look back, until the faces from her past come looking for her. With her mistakes threatening everyone she used to care about, a vicious enemy growing stronger in her absence and her powerful sponsor waiting in the shadows, Emily has to drag herself out of the bottle and back to her feet, back into her armour and finish the job, whatever the cost. 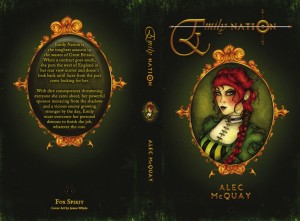 The Tentacled Tribunal  ‘McQuay’s novel bears the grungy, post-apocalyptic DNA of 2000AD, Shadowrun, Tank Girl, or Mad Max.* These are post-apocalyptic cyberpunk westerns, where the plains are nuclear ash wastes, and the bandits and crooks jostle for position between cyborgs, mutants and crazed artefacts from a bygone age of horror and violence. But where 2000AD is entwined with 80s satire and brash Americana, and Mad Max has a more arid outback mania to proceedings, McQuay’s Emily Nation is intrinsically bound to the author’s home; Cornwall.’

Tony Lane ‘ In  short this book is like Tank Girl, Mad Max and DOOM mashed together and set in the old west. Except in this case the west in question happens to be Cornwall.  What’s not to like?’