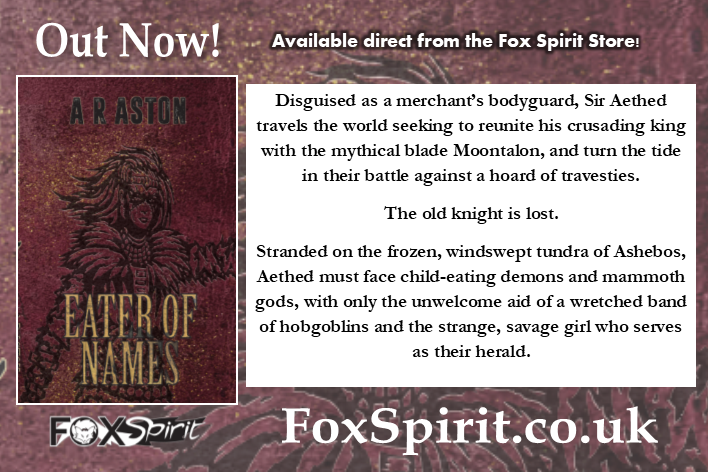 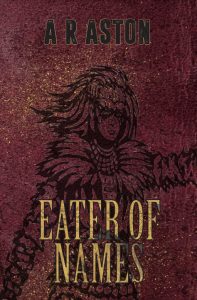 This summer has a couple of fantastic new releases coming. One of which is the fantasy novel ‘Hobgoblin’s Herald’ by A.R. Aston.

The book will be launched on 1st July so there will be plenty of time to grab a copy before Edge.Lit and get Andrew to sign it.

In the mean time, here is the cover by the fantastic Tabitha Sterling mudlarkdesign.tumblr.com and for your enjoyment, the Prologue.

‘The fetters of the Aelf were made of sapphires, the walls of their cells silver and ivory. It was nothing like the dank black dungeons of menfolk, or the festering oubliettes of Hezra Half-Gremlin. This cell was bright, and cold and austere. It hurt her eyes to look upon the mirror-polished star metal that entombed her here. And so the Herald dangled in a darkness of her own imposing, eyes screwed shut.
Her shackles rubbed unpleasantly against her flesh, and when she cried out, the sound was without echo. The walls
seemed to consume her screams and nullify her protests. Her captors had no desire to listen to her entreaties. Everything she said would be considered a lie by the Fated Ones. Thus she was doomed to suffer an ignoble, yet relatively painless death by their hands. She had days at most, but it was impossible to judge just how long that would be, for days were meaningless in a realm without night to mark the cycles.
They’d taken her bone-threaded war braids, and stripped the Herald of her rune-etched armour of boiled leather and
foraged steel. Upon capture, they’d even scrubbed her face of the blood marks, leaving only the silvery scars that formed their base behind. Like a cat declawed, the Aelf divested her of her scimitar, her daggers, and her sling. Now she wore a simple habit of pale blue silk, but this did nothing to disguise the fact she was a reviled heathen fated to die. She dangled from the ceiling by her hands, a flank of beef hung for smoking. Her bare feet dangled helplessly beneath her. They were the palest they’d been in years. The Aelf could not tolerate filth, not a single gram of it, not even caking their prisoners’ soles.
They had kept her fed with bland wafers and crystal still water, which seemed to sap her strength and will to fight with every mouthful. They could have poisoned her by slipping something odourless and colourless into the daily rations, but she suspected not. They simply had no need to nourish her or poison her. That was the worst thing of all, they didn’t hate her. She meant nothing to the tall, gleaming nightmares. She was an obstruction to remove and her captors would carry out her sentence with a workmanlike efficiency.
The Herald wondered where her allies were now. Were they even alive? She didn’t even entertain the notion they’d
be coming to save her. These were not those kinds of allies. Polder might have helped, but that passive psychotic was next to useless in a scrap.
The Fated Ones would kill her, unless she fought for herself. That was always the way it went.
Each day, she felt her resolve weakening. Her will was maintained now by hate and fear. Curse them for their indifference!
With her eyes closed, she dreamt of the spiralling nightmare which had brought her to this ignominious terminus.
The five-limbed leviathans of Ashebos, the flying cities, the incandescent Lance of Rael, the black naga, the Djinncallers, the Eater of Names; all these things she had seen, all that pain and wonderment she had experienced, had sprung from a singular event, back in a different life, a different world.
It had been an act of mercy, for one who did not deserve an ounce of it.
She heard the whisper-quiet footsteps of her gaoler in the corridor outside. The lock on the door rattled, as simultaneously the bolts barring it were thrown open one by one. The prisoner clenched her fists, bared her teeth, and drew her feet up to her chest, like an animal tensing for the pounce. She spat bloody phlegm on their pristine floor, which made her smile. If the Aelf wanted her dead, they would need to get their hands dirty. She’d tear at them like a mad shrike. She’d make them work for their kill. She would teach them hate.’