When I started Fox Spirit I gave up book blogging formally, and only occasionally post about the books I am reading. I thought the run up to Christmas is a good time to share some of my recent reads though. I don’t gt as much time as I used to but these were all especially enjoyable.

Under the Pendulum Sun by Jeanette Ng

I fangirled at poor Jeanette at Sledge lit because I loved this book. It is not an action packed book of fae adventures and magic, it is more a thoughtful look at religion and self through the attempt to convert the fae. Although not a great deal happens in terms of outward adventuring the main characters are forced to re examine everything they believe about themselves and the meaning of their own souls. The book never feels slow, part of its magic I suppose is that it feels as though there is a great deal going on even when it is all in the subtext, but this is what I imagine dealing with the fae would be like. A genuinely delightful and thought provoking read. 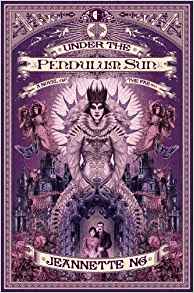 This is the second in James’ trilogy, although it you want to dive straight into all action you could pick it up here. I think you would be missing out because Chasing Embers is fantastic and full of gorgeous world building. Once again Ben Garston, the only dragon left awake by the accords, spends much of his time fighting for his life and trying to work out who to trust. This book blend myths and fairytales from various parts of the world with a little history, building into James’ glorious version of reality. full of adventure and dragons. Read it. 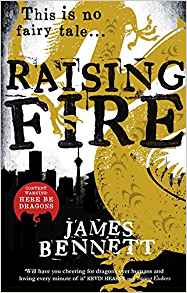 The Dreadful Tale of Prosper Redding by Alexandra Bracken

I picked this up because of the hardback cover. It’s a young adult, maybe middle grade read and it deals in demons and possession. It’s good fun. Not as complex as the Bartimaeus books which are my gold standard for this sort of story, but the characters are interesting and it’s a quick entertaining read. I particularly enjoyed the developing relationship between Prosper and his unwelcome passenger. Family dynamics are never as simple as they seem, so perhaps this is a good choice for Christmas. 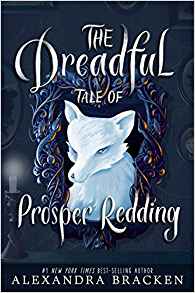 The Girl from Everywhere by Heidi Heilig

I don’t buy books because people advertise them on social media, but occasionally someone I follow (a lot fo them are writers) will say something that will make me go and google their work. I downloaded Heidi’s book on Kindle for a look as it was on offer, then 3 chapters in, bought the paperback and the sequel. It’s a simple enough concept, using maps to Navigate through time as well as place, but it’s brilliantly executed and thought out and the element of time travel makes everything a little more complex. I enjoy the lead Nix and her relationships with the crew and her father. Really entertaining novel asking the question, what would you do for love and how far is too far? 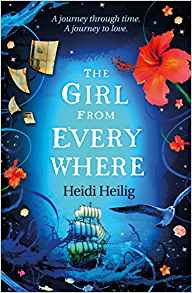