A few days ago, Hugo nominations closed. For those of you who don’t know, the Hugo Awards are one of the most prestigious awards in genre fiction. There was some kerfuffle, or to be more accurate, Epic Scale Bullshit Nonsense surrounding them last year. You may have heard. If not, well, we all kind of envy you right now.

Said ESBN may, possibly, be lessened this year. That, as a critic working in the field, is a huge relief. Last year felt like it maybe hit Peak Bullshit Nonsense as the industry degenerated into the written equivalent of that slappy fight Christian Slater and John Travolta have at the top of Broken Arrow. It was ugly and depressing and it shaved about 50 points off the industry’s collective IQ for a quarter of the year.

It had other effects too.

I noticed one this week.

There’s been a lot of discussion about the Best Fan Writer award recently and with good reason. It’s one of the several Hugos that balances precariously on multiple stools at once and also one that, when you look at its history, neatly encapsulates a lot of the problems with the system. The finalists list is essentially the exact same people for a very long time, then a slightly different group, then another slightly different group then variety finally breaks the walls down and apologises for being so late. 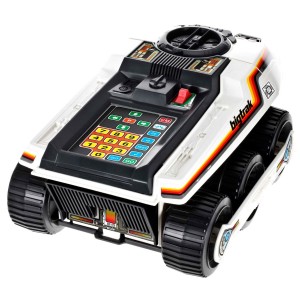 Full disclosure; that award is probably my best bet for ever picking up a Hugo. I’d love it. I’d also really love a Bigtrak, old Centurions toys and the volumes of the Time Wars series I was never able to track down. Those are what ebay is for. Winning a Hugo is a lot harder. And probably cheaper. The markup for Centurions toys is astounding.

Being in that field, and knowing just how unlikely it is I’ll get the near impossible levels of recognition my stupid brain craves is something I can and do deal with. But when it combines with the memory of last year’s slap fight and the colossal annoyance that goes with it? It makes me something I’m not.

You see, there’s been a discussion about twitter feeds being eligible for Best Fan Writer nominations.  My first instinct, which a bunch of other people I talked to had as well, was horror. And I’ve spent some time this week trying to figure out why. After all, there’s a lot that twitter does very well.

None of it is an edit button.

But it does enable a lot of really good stuff, not the least of which is the exact sort of word of mouth recommendations and discussion that every form of modern culture lives and dies on. Not to mention cat pictures, endless Hamilton quotes and the savage triumph that comes from marking a PPI fishing ad as OFFENSIVE and permablocking it.

So why did I respond so negatively?

The internet is, well, this (http://screamintothevoid.com/) only with twitter other people can hear the screams. I’ve seen a ton of authors and critics create twitter personae to help market their work. In some cases it’s paid off. In others it’s made me cross the metaphorical street every time they’re mentioned. Something like this would, in the short term, not so much enable that sort of attention trolling as yell ‘GENTLEMEN, START YOUR KEYBOARDS!’

If you predicted the last UK general election based on twitter than right now you’d be a few months into Good King Miliband the First’s rule.

Trust me, we’re not. I just checked.

Twitter is an echo chamber, a place where we violently agree with ourselves as much as we argue. And that can cause serious distance between perception and reality. If you and the 50 people you talk to most often agree about something then everyone else should do too, right?

Or at least Everyone you talk to…

What if I miss something? Which, when it all goes by at 140 characters a second is very easy to do?

I’m tired of looking at very nearly every governing body in genre fiction stumble, blinking, into the 21st century and realize that work published online might not even need to be viewed with suspicion anymore, let alone fear. So tired that when this very cool opportunity became apparent my first thought wasn’t ‘It’s about damn time!’ but rather ‘Oh GOD’.

Because if Twitter accounts can be nominated, and they can, then a vast panoply of options and writers is eligible for this vital, interesting award that’s been horrifically insular for most of its existence. How is that not a good thing?

How is that not an AMAZINGLY, dance break inducingly good thing?

So, let’s look at those problems again:

This is a thing that happens. It’s a thing that’s happened as long as humans have communicated with one another and there’s nothing to be done except be discerning and open minded. Which is the intellectual equivalent of rubbing your stomach and patting your head simultaneously just SO much more worthwhile.

Twitter is absolutely an echo chamber, but it’s one that can carry new voices a very, very long way. Pay attention to retweets, go looking for new people to follow.

Yes millions of spoken word performances are happening at the same time. Yes it’s easy to just listen to the voices you know. Don’t do that. Find some new people to listen to as well.

This is a legit concern. But Storify and similar services are here to help you. Stay aware, push your boundaries, read up when you have to. It’ll be worth it.

Suck it up, you’re a ghostbuster.

This is a win. This is a massive win. There are so many hugely important voices out there doing work that’s enthusiastic, enlightening and positive. Twitter is a medium for those voices to speak to everyone. And now, finally, the Hugos are listening.