This week Geraldine has gone for something quite specific and provides a few quick picks for anyone looking for female protagonists.

Anyone who’s read my Twitter feed knows I’m a great fan of Davies and her Red Knight. The action is very well-written and the fantasy elements fit in naturally. Our heroine, Stenna, is a fierce warrior with occasional flashes of feminine emotion but she ultimately does her duty. I found her a very engaging character – someone I’d definitely like to go down the pub with & share a few pints (no girlie cocktails for our girl Stenna!). I’m eagerly awaiting the sequel (hint hint!). 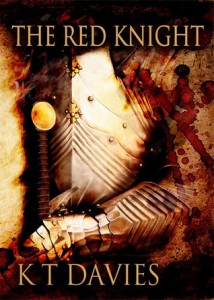 No Top Five of kick-ass females would be complete without my girl Buffy. I’ve read a number of the BtVS books an I feel Golden is one who’s best captured the characters and spirit of the show. This was one of the more adult-themed books and one which in my opinion added to the BtVS universe.

Convicted murderer Yelena Zaltana is sentenced to death but is offered a reprieve by becoming the Commander of Ixia’s food taster. There’s action, mystery, double-dealing and fantasy and while the story may not be particularly original, Zaltana is the underdog you keep cheering for over three books. Not a challenging read but perfect for a rainy Sunday afternoon.

Our teenage heroine Valkyrie Cain (not her real name) works with the irrepressible Skullduggery Pleasant so save the world time and again from Armageddon. There’s so many things I love about these books: the banter between the characters is humorous and flippant, bringing levity during tense scene, the action is well written with much of it mixing magic with martial arts, the relationships between characters (both romantic & platonic) feel natural and are tested in relatable ways, it’s not all magic and fantasy with a fair amount of mystery involved & you’re never 100% sure if you can trust certain characters. The other great thing about these books is that there’s a plethora of strongly written female characters from Cain and her Shadow to Tanith Low (who has been given her own book!) these girls will be your best friends and worst enemies without falling into stereotype. Although officially a YA book, there’s enough in here to keep most adults entertained.

Who doesn’t want this lovely old lady as their granny? Ok, murder and mayhem follows her (even to the Caribbean!) but imagine all those hand-knitted jumpers and scarves? I’ve long been a Christie fan and while Poirot is my favourite, I’ve got a soft spot for the nosy old lady from St Mary Mead and it could be argued that she’s the first feminist (independent means, not reliant on a man for anything except the occasional holiday paid for by her nephew, working equally with men in a mans world). I don’t have a favourite story and there’s not really any continuity with the stories so it doesn’t matter what book you start with. I like trying to work out who the murderer is but can guarantee that Christie will throw in more twists than a roller-coaster so settle back with a cup of tea and enjoy. 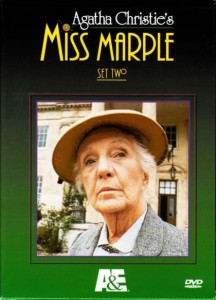