I first came across Cate’s work as a BFS judge reading The Theatre of Curious Acts. It was dark, visceral horror that still creeps into my head from time to time and gives me shudders. When the opportunity came up to work with Cate I was delighted and this collection is a pure joy.

A collection by Cate Gardner
Cover by Daniele Serra

A Punch and Judy escape from a hell of discarded body parts and captive puppets.

A girl escapes her birdcage through a mirror where a Perfume Thief lies waiting.

A boy with a lost heart, a girl with a stopped heart, and Ghoate, the man who collects hearts.

Stijn understood how a man could be alone when surrounded
by others. He sat on a swell of limbs, torsos and dentures, his
sausage-like fingers attempting to attach a knee to a thigh. A
long shadow stretched from the entranceway of the cavern,
lengthened by the orange flames that spat from the impossibly
high walls. Stijn buried his head in his work. If only one
of the disembodied heads would talk to him, would wink and
acknowledge he existed. He knew it was in his fingers to resurrect
them. If they were many, perhaps they could bust their
way out of Hell or at least tear apart his tormentors–Judy and
Punch.
At the entrance to the cavern, Judy bent to scratch the
stubble that peppered her shins. The sound echoed, reverberating
around the damp walls and spiralling up to god knew
where. Stijn leaned back. Sometimes he thought he saw a
wink of blue sky or a sliver of moonlight. Sometimes he knew
he was going mad. There was no escape from here. No matter
how high the bodies piled-up, he’d never reach the top and
if he did the top would prove feet of thick rock, impenetrable.
Pneumatic drills never landed in Hell. Plus, there was no
electricity supply. Eventually, he would sink to the bottom of
the pile of limbs, torsos and heads. Be buried amongst the
stink and the rot.
Not content with scratching her shins, Judy set to work
on scratching her head. She shook her long, red curls releasing
fingers and toes and bits of ears that had become trapped
within her hair. The falling weight of digits caused a seismic
wave to ripple through the mass of bodies. It unsteadied
Stijn’s balance. He slipped towards the stream of blood that
drained through grate and sewer pipe to the River Styx.
Although Stijn hadn’t seen the Styx, he’d heard it wash
against the cavern walls and he’d heard the cries of those who
drowned within its current. Stijn clung to the nearest torso,
its breasts ravaged by rot. He should drop into the stream and
allow it to carry him to the Styx; at least he’d find company
amongst the tormented. 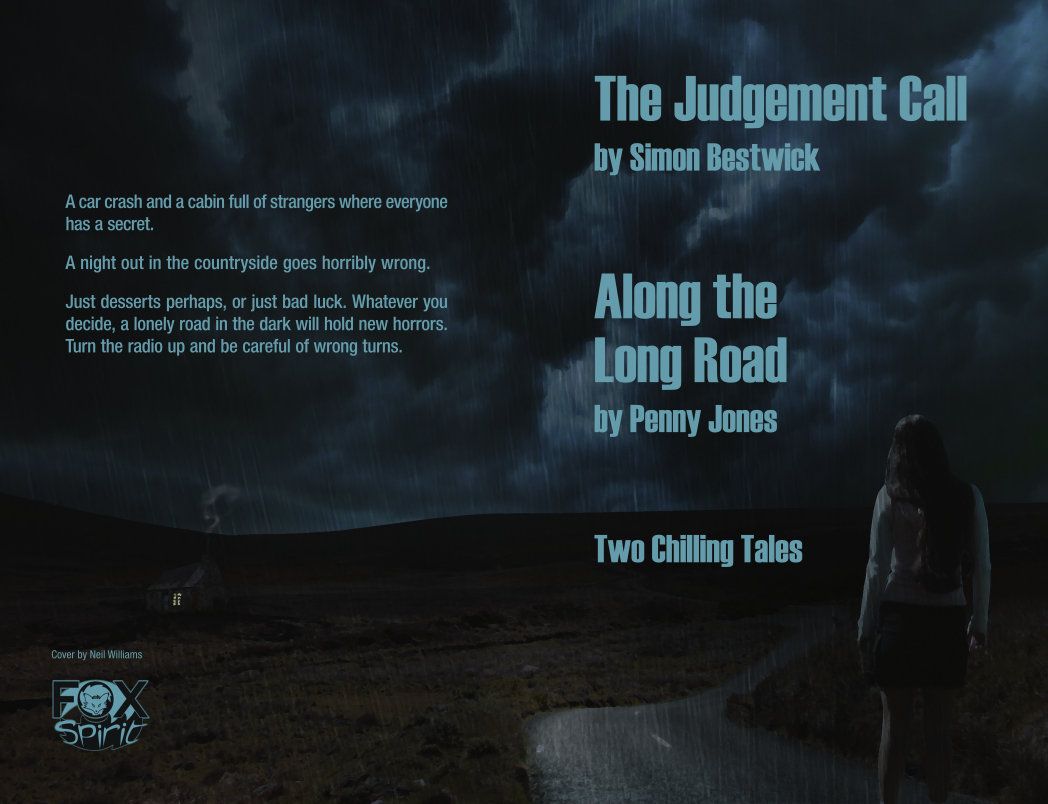 Our delightful horror twinset The Judgement Call by Simon Bestwick, a tale to absorb in the run up to Christmas, and Along the Long Road by Penny Jones, are available now for your Halloween delight. No tricks, just dark treats from the British Horror scene.

Penny Jones takes us on a journey of peer pressure and madness on dark country lanes, while Simon Bestwick sees sins answered for. 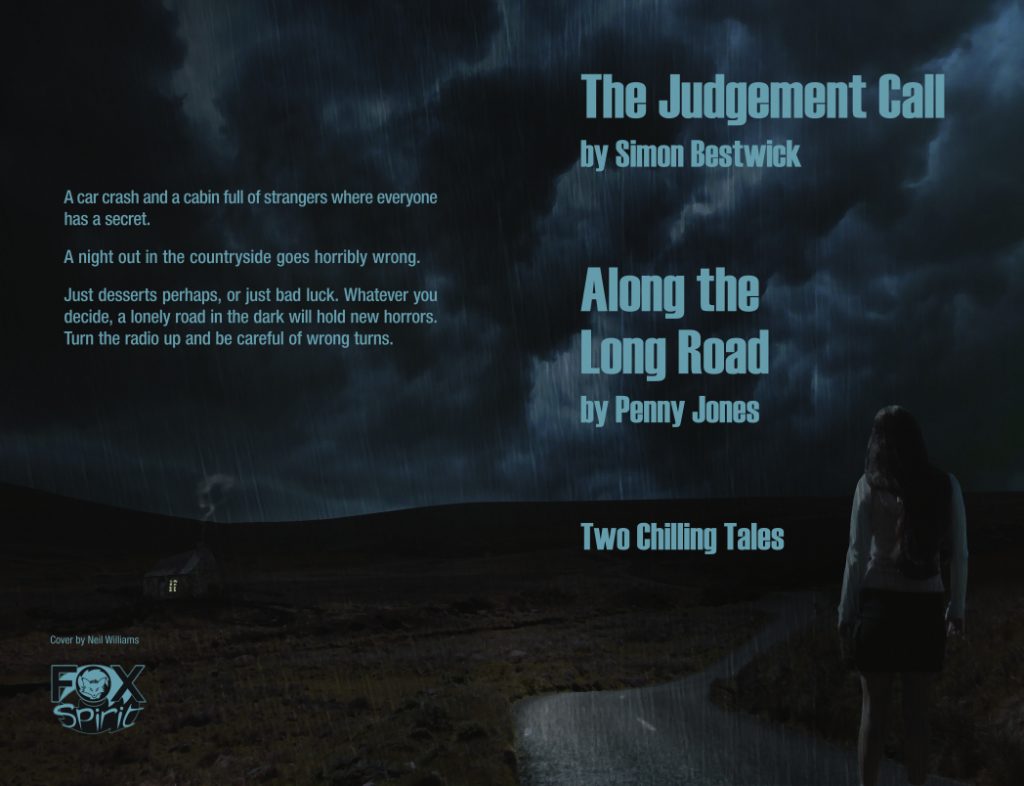