Images added by Aunty Fox, also check this out for some illustrations of asexuality and dumb things people say.

Writing characters is so often about letting the reader know what they are, rather than what they are not. In our world, so much of how people’s identities are perceived is bound up in ideas of sexuality and romance that, in the words of comedian Charlie Brooker;

“We’ve become so accustomed to seeing characters pairing off with one another that it’s now almost impossible to see a man and a woman together on screen at once without internally speculating about whether they’re going to have sex or not.” 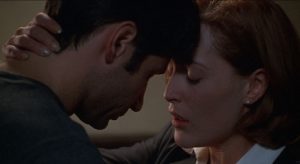 Indeed, the trope of having two people (often of different genders) who do little but argue and despise one another but end up falling madly in love is incredibly prominent. I might even go so far as to say that for a lot of people, seeing two characters bicker has become an almost sure-fire way of predicting if they’ll end up together. But even in these cases, the writers will often tie them together through some reconciliation scene that ends with physical intimacy of some sort. Just to hammer home the point.

When it comes to writing asexual characters, those who lack sexual attraction, it can be somewhat jarring to audiences who are used to characters getting off with one another simply by being in the same room. I think this might be the source of some anti-ace feeling some publishers may have, especially as a sexual or romantic subplot is expected of most stories as a matter of course.

With the world I created for The Sea-Stone Sword and The Sky Slayer, I decided that prejudices based on sexuality were not really a thing in most societies. It made the writing process a lot more open and gave me much more creative freedom. Openly gay and bisexual characters are comparatively easy to show through the relationships and romances the characters endure and pursue. The age old ‘show don’t tell’ rule runs smoothly in these cases. But when it comes to asexual characters it’s much harder to make it explicit.

So how do you address it in a way that can be easily grasped? Is it as simple as having characters who just never experience sexual attraction or is it something we should actively point out in a character? Should they internally reflect on their lack of attraction, should they explain it to others, should it be discussed openly or simply allowed to exist.

I have one ace character in The Sea-Stone Sword, but it is not explicit because the issue doesn’t come up. She is quite young, and there were also other aspects to her character that were a lot more active and so became the focal point. 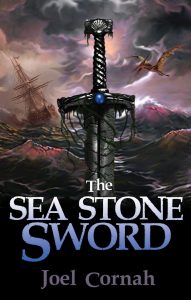 For asexual characters, the temptation for me was to simply never address it at all, and to delve into nonsexual aspects of their relationships. I wanted to explore the friendships they made, the loyalties they formed and causes for which they fought. It was important to me to flesh them out as characters and how they related to others and have that be the focus.

However, asexuality is, perhaps by its nature, something of an invisible identity. Easily overlooked, easily ignored. As such, many of us feel decidedly alone, left out, and isolated. Rarely do we see explicate representation of people who feel the way we feel and experience the world as we do. Part of this is down to social assumptions where we automatically expect characters to be sexual in some way. This worried me as I continued to write.

In my second novel, The Sky Slayer, there is another ace character, but this time I made it explicit. She’s a smartass, a sarcastic brains-of-the-outfit who pulls everyone’s strings. As a result, other character slowly start asking her advice. Once you get past the put-downs and jibes, she can be quite wise, so it made sense to me. This I immediately saw as a way in to give her sexuality some notice. When asked for relationship advice, she raises an eyebrow and informs them, “Ask the Doctor. I have no interest or experience with these carnal matters.”

It was also important to me that the character accept this, rather than pressing her into something with the old ‘go on just try it!’ routine. When another character shows an interest in her, they are told, “She doesn’t feel that kind of attraction.” and all parties accept this as a real answer, rather than objecting or insisting on pushing her.

I think it is important to have multiple ace characters, to explore the variety of ways asexuality can be experienced. As with any demographic, the less characters within it you have, the less fairly you will represent it.

But even these examples from my own work sometimes make me cringe a little and I feel uncertain about whether I took the right path. On the one hand, I want it to be respected and given a real place in a characters’ identity. But on the other hand, I don’t want to bring it up for the sake of bringing it up. So how do we tackle this issue?

Being asexual myself, it isn’t an issue that comes up terribly often. I don’t have conversations about it, I don’t go out and tell my story precisely because, so often, if feels like there isn’t a story to tell. How many ways can you say, ‘nothing happened’ and have it be interesting? Except by way of contrast to the expected norm, it has rarely felt like an aspect of my life that is ripe for creative exploration. 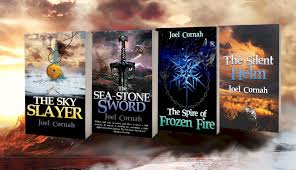 The obvious answer is to look to other people’s experiences. Talking to other asexual people from different background and cultures grants a view into the wide range of stories that are there. The struggles and triumphs, the attitudes and fears, and the whole spectrum of people. That is where the spark of creativity lies.

I think this allies to a lot of aspects of writing, not just regarding sexuality. Our own life can seem mundane to us simply because we experience them every day and end up thinking they are unremarkable. The remarkable only becomes so when compared to other things, and if we don’t seek out other experiences and stories, we might not find the spark at all. 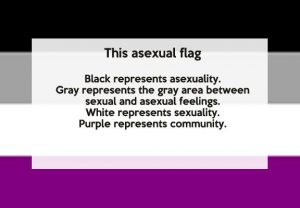