PREVIOUSLY! ON NOT THE FOX NEWS!

Disney have bought a sizable chunk of Fox including pretty much its entire Movie studio. This is good news for people on each board and completely uncertain and disturbing news for everyone working for the channels, companies and shows Disney now own. We wish them all the best possible luck, and hope the transition is as creatively painless, and redundancy free, as possible.

And now, we put our tinfoil hats on. Because like Jack Ryan in The Hunt For Red October, there’s a pattern here. Specifically, a pattern that suggests this merger has been back-channeled for years and Infinity War, and Avengers 4, are the part of the iceberg we can see.

We know that Infinity War sees Thanos come to Earth to complete his collection of Infinity Gems and bring balance to the universe by killing everyone and knocking Tony Stark out with one punch. We also know, thanks to the various Infinity Gem-centric comic stories, that he’s almost certainly going to win. At least in the short term. We know some Avengers fall. We have a pretty good idea of who. We also know that something very odd happens in Avengers 4 which seems to involve a semi-alternate version of the events of Avengers Assemble.

All of this, not to mention Thanos punching a planet in the face with it’s own moon in the trailer, says the Infinity Stones are going to be in major use in the next movie and probably the one after that.

The Infinity Gauntlet can warp reality. What if, perhaps as a final sacrifice, Tony or Steve acquires it, rebuilds things to how they were before Thanos and…adds a few extras?

It’s very difficult to not look at the timing of this announcement and Infinity War and suspect they converge. If they do, it would be a deeply weird combination of big business and narrative structure. And it would lead some of Marvel’s biggest characters home.

The franchise that kicked off the superhero movie boom but recently the bloom has very much come off the rose. Apocalypse was startlingly bad and the overall timeline is all but impossible to follow. Folding the X-Men back in would give Marvel a chance to streamline that, as well as put a half dozen of their best heavyweights back in the ring. Wolverine, The New Mutants, the X-Men. They’re all back in play. But who’ll play Professor X? Stewart or McAvoy? It’s so confusing…

Somewhere out there is the writer and director who will make a genuinely great Fantastic Four movie that isn’t called The Incredibles. Should this deal go through, the chance of finding them will drastically increase.

There’ve been four modern attempts at a live action Fantastic Four movie. The Roger Corman version is deliberately terrible, the two Tim Story movies have a great cast and no idea what to do with them and the Josh Trank version is the world’s first 1.75 act story. All of them (Well…maybe not the Corman) have elements that work. The Trank one honestly hurts the most because it’s going GREAT until it just…stops. None of them work well enough.

That may be about to change. And if Tony Stark is one of the big casualties of the final Avengers movies, perhaps Reed Richards will step up…

This deal isn’t quite confirmed yet but if it’s at the stage where it’s announced, then the lawyers on both sides must like their chances. If it does go through, we’re in for some big surprises. Here’s hoping they’re all good ones.

And that Deadpool gets to be an Avenger, obvs. 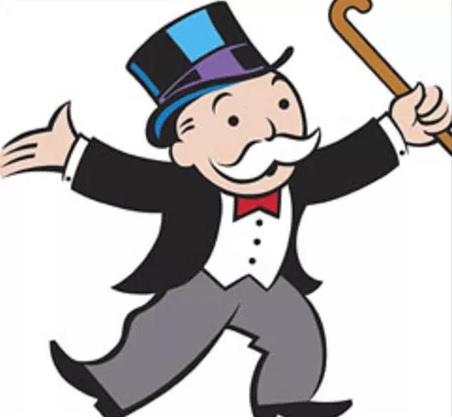 It’s official, Disney have purchased a sizable chunk of 21st Century Fox for $66.1 billion dollars. That’s a big story with a lot of moving parts. Next time I’ll talk about the good things that will come from it. Today, the possible consequences. 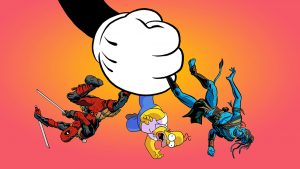 In real terms, this means that Disney now own FX, National Geographic, 300 plus international channels, 22 regional sports networks, a 30% stake in Hulu, a 50% share of Endemol Shine Group, a 39% interest in Sky and much, much more.

Numbers and decisions like this are basically abstract for anybody who isn’t directly involved. But the consequences, or at least the ones that seem likely, are going to be seismic.

First off, and this is ironic, the creation of this monolithic slab of corporation actually puts another one on notice. Netflix has reigned supreme as the default streaming service for years, Disney just bought a large stake in Hulu, are rolling out their own service in 2019 and can now offer movies from Pixar, Marvel and LucasFilm on both. Netflix aren’t in trouble, but they’re no longer the only game in town. And if Netflix aren’t worried? Amazon Prime certainly should be. That’s a GREAT piece of news. Competition in fields like this keeps people honest and working for their customers not each other.

The bad news comes when you look at scripted dramas. Word is that the channels the Murdochs are keeping will be re-focused around news and sports. Because obviously what the world needs now is even more Fox News.

Fake laugh hiding real pain aside, it’s a bad look and one of the areas where this will hit hardest. The crossover in talent pools between Disney and their new acquisitions’ TV production offices in particular is going to be less than 100%. A lot of people are going to lose their jobs, shows are going to go away, the landscape is going to change forever. And, if Fox News expands, that won’t be in a good way.

It’s potentially bad too for the big screen. Disney are very good at crowd pleasers. They’re pretty lousy at everything else. Fox have excelled, for years, at doing the exact opposite. Fox Searchlight in particular has produced a constant raft of award-winning movies.  The worry is that Disney will gut them for parts, and pull the teeth of a studio that’s been part of Hollywood since 1935.

Plus, there’s the simple fact that Disney will want a return on their investment as fast as possible. That leads to more mainstream movies because they get bigger audiences. That leads to fewer smaller, weirder movies. That leads to the sort of creative decline people have claimed is happening for years finally taking place. That’s not a good thing.

Finally, there’s the fact that even if this isn’t a monopoly, it’s close enough that it could be mistaken for one. 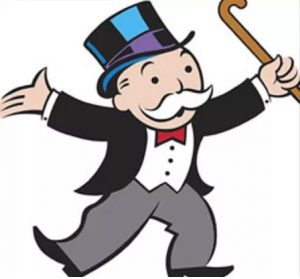 (Look at this asshole)

A monopoly is literally the only game in town. That means demand, and the market, no longer set prices, they do. Because where else are you going to go? Price gouging, price fixing, becomes policy. Because there’s no reason for it not to.

Monopolies turn in on themselves and become self-perpetuating. When you own everything, you want to expand as little effort as possible. So you start short changing, and cutting corners. Because, again, where else are your customers going to go? Or to put it another way, do you want Smaug running Hollywood? Because this is how you get Smaug running Hollywood.

Perhaps worse of all, monopolies don’t innovate. Because why would they? It’s the deeply weird side of the cyberpunk-esque mega corporation world we live in. Amazon, Google, all the others are trying desperately to supply everything because once you do that you WIN. But once you win, what else is there to do? Besides send your Tesla to Mars?

Finally, monopolies generate inflation. It’s a specific type called cost-push inflation which does exactly what it says on the tin. When no one else can tell you what something costs, it costs whatever you damn well want it to. Which means everyone else has to raise their prices to keep their margins which means your customers, your consumers, always end up paying more.

I’m not saying this isn’t exciting news, it is. I am saying that for every ‘OH MY GOD DEADPOOL IS AN AVENGER NOW’ comment or fan theory there’s going to be hundreds of people wondering if they’ll have a job next year, in a landscape that’s got larger but also flatter. Here’s hoping it works out for the best for everyone. I’ll be watching. After all, it’s not like any of us have a choice now.

In Part 2: OH MY GOD DEADPOOL IS AN AVENGER NOW