Where did I put the bloody scissors?

The second part of our Christmas traditions comes when we are wrapping the Christmas presents. Again for this mind numbing, finger cramping, sellotape sticking fiasco, we want something cheery and Christmassy to pass the time. So as I peel the sellotape (and the skin) from my lips (ouch! Yes it did bloody hurt and I no longer rip the sellotape with my teeth), try to find the scissors which have gone walkies again, and wonder why we thought our second cousin’s baby would want a set of handkerchiefs. We put on the ever so Christmassy “Box of Delights”, again another Christmas staple I’m sure of many people. This BBC adaptation of John Masefield’s novel has the Christmas spirit in spadefuls. 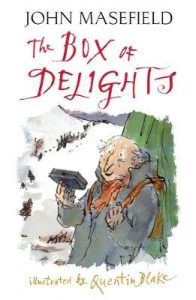 From the moment it starts with the tinkling refrain of “The First Noel”, to the snowstorm and Christmas Eve Carol service at its finale, the whole series screams Christmas, and scream it certainly does. With witches, evil clergyman, demons and pagan magic; this is what Christmas is surely about.

I grew up in a very dislocated, fractured and otherwise dysfunctional family. Any closeness and bonds were formed in pain and of secrets, of showing the world a united normality while hiding our wounds. I left as soon as I could.

All of my fandoms have bands of brothers and sisters, if not of blood then of spirit and purpose, brought together by happenstance. The various crews of the Enterprises, Voyager, Deep Space Nine, Firefly, the Liberator and Galactica. The Scoobies and the Dollhouse actives. The Doctor and his companions. With my father dead and estranged from my mother and brothers, I set about building my own team of loyal compatriots who would have my back and supply the kinship I craved.

Fortunately for me, I found my life partner very early on in my search. He’s my Wash, my Paul Ballard, my Imzadi. That was the easy part. Slightly less easy but most satisfying was the child we have together. There aren’t a lot of good examples of parent-child relationships in the fandoms. I’ve tried hard to be more Joyce Summers or Beverley Crusher than John Winchester. 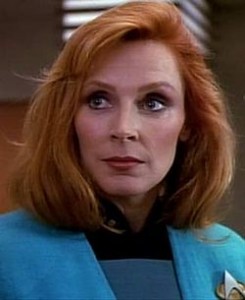 I set about auditioning likely candidates. Over the next 20 years, I tried and failed to bring together disparate people to fill the roles I was hell-bent on casting them in. I tried workers’ co-operatives, anarchist groups, theatre companies and I even dabbled in paganism.

The problem, as I was so very slow to grasp, was that I was not Gene Roddenberry, creating a world of harmony. I was George RR Martin and Joss Whedon at their most brutal. When these people didn’t come up to scratch, I killed them off. Not literally, you understand (although there were some who, if I could have got away with it I would have) but they were written out from the series in my head. And like George and Joss, I didn’t care that other people had become attached to them – when they failed to live up to my expectations or let me down as I saw it, they were gone.

I was not Captain Janeway, uniting the Federation and the Macquis. I was not Buffy, fighting the good fight at the Hellmouth (or Glasgow, same difference) no matter how much I tried.

This year the sharp truth finally dawned. I was destructive and controlling. I was Boyd Langton in the penultimate episode of Dollhouse – 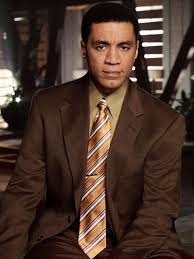 “You’ve proven yourselves in so many ways. I-I-I wanted you all with me – except for Paul.”

There have been too many Pauls. I am Angel, sending Lorne off with Lindsey to do his dirty work for him (I have a soft spot for Lindsey – so sue me!) and Angelus at his raging worst. I am Bennett Halverson, trying to make dolls out of real people. I am Echo at her worst–

“Paul Ballard: I think you’ve got a hundred people living inside your head, and you’re the loneliest person I know.

Paul Ballard: Not for the person who’s with you.”

It’s hard to admit to yourself that you’re not the hero in your own story, not the captain of your ship. That you’re not even the wise-cracking Zeppo-like Xander or horror of horrors, the Neelix of the crew.  That maybe, you’re the one that’s broken. Alpha. Willow. Faith. Starbuck. But as in all the best stories, the most damaged and fucked-up person can be redeemed. It’s never too late to turn that corner. And I am trying. I’ve realised that the best people in my life are not the ones I put there but the ones who turned up and stayed. People I’ve known for decades, people I have grown up with who have always been there. My watchers, if you like. Yeah, I’ve been lost in the Delta Quadrant but I’m bringing this bird home. It just turned out I was the one in most in need of a rewrite and an edit.

“Love. You can learn all the math in the ‘Verse, but you take a boat in the air that you don’t love, she’ll shake you off just as sure as the turning of the worlds. Love keeps her in the air when she oughta fall down, tells you she’s hurtin’ ‘fore she keens.” 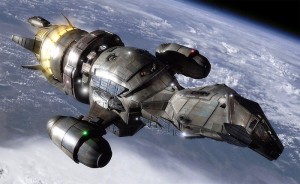