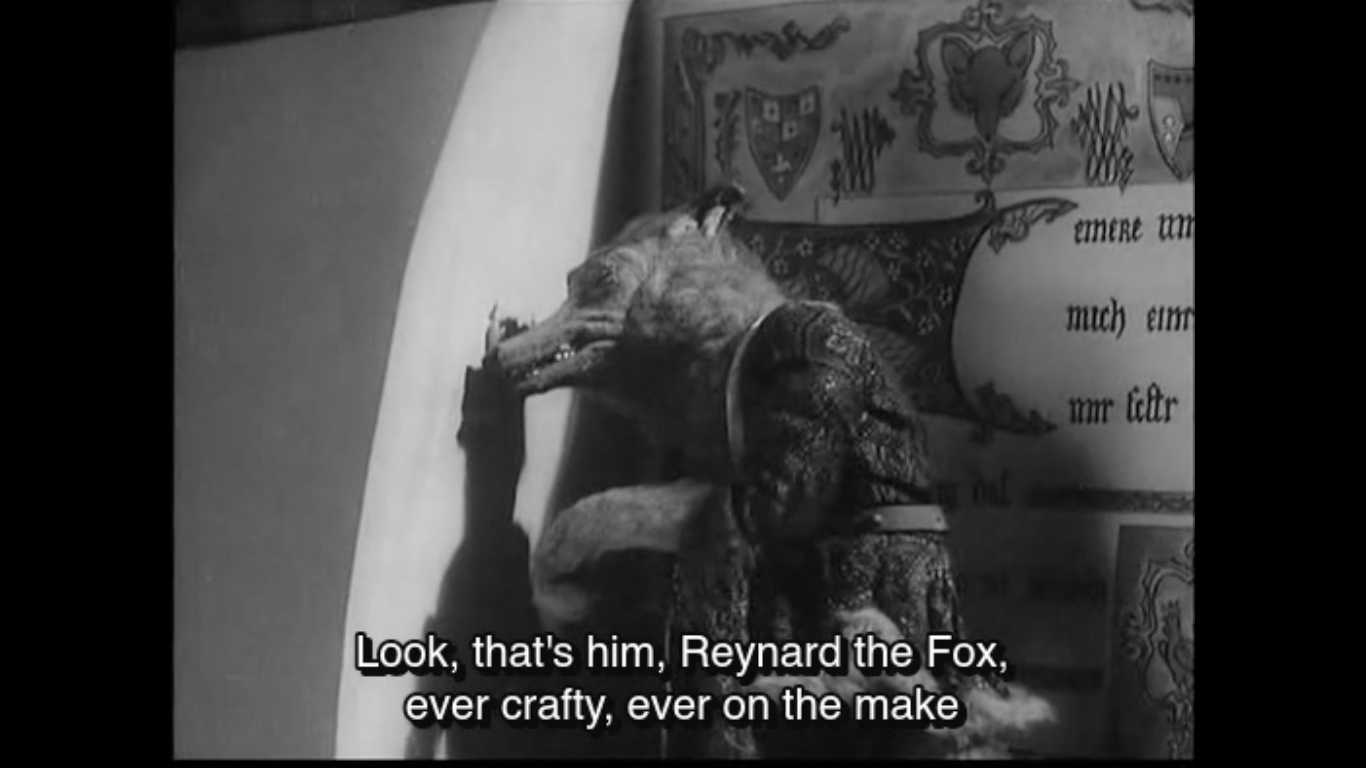 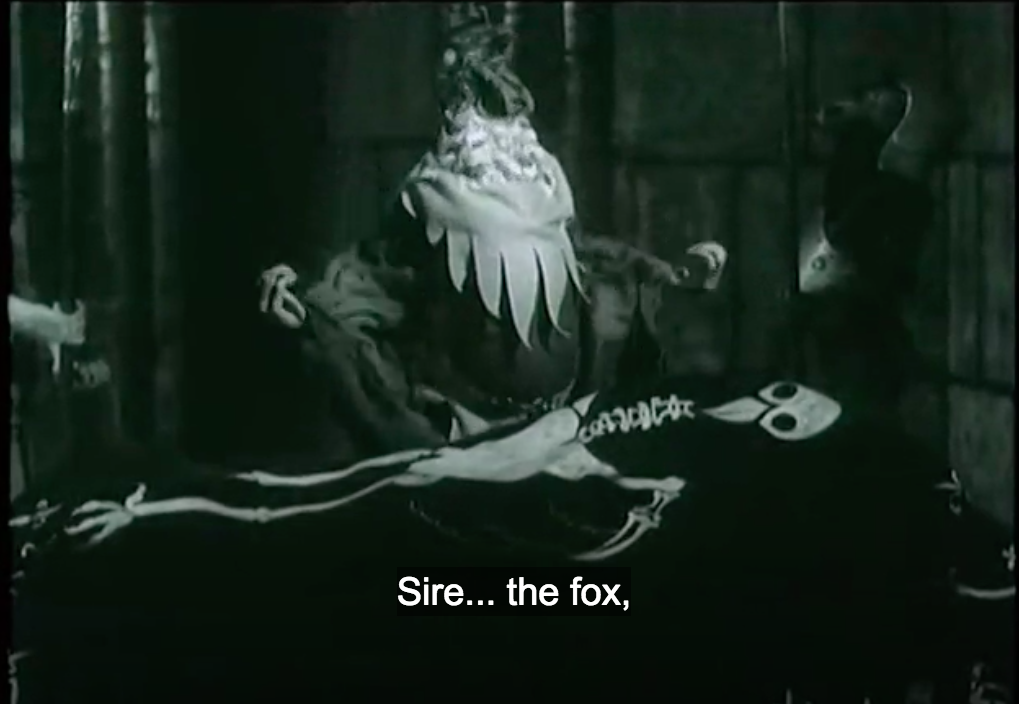 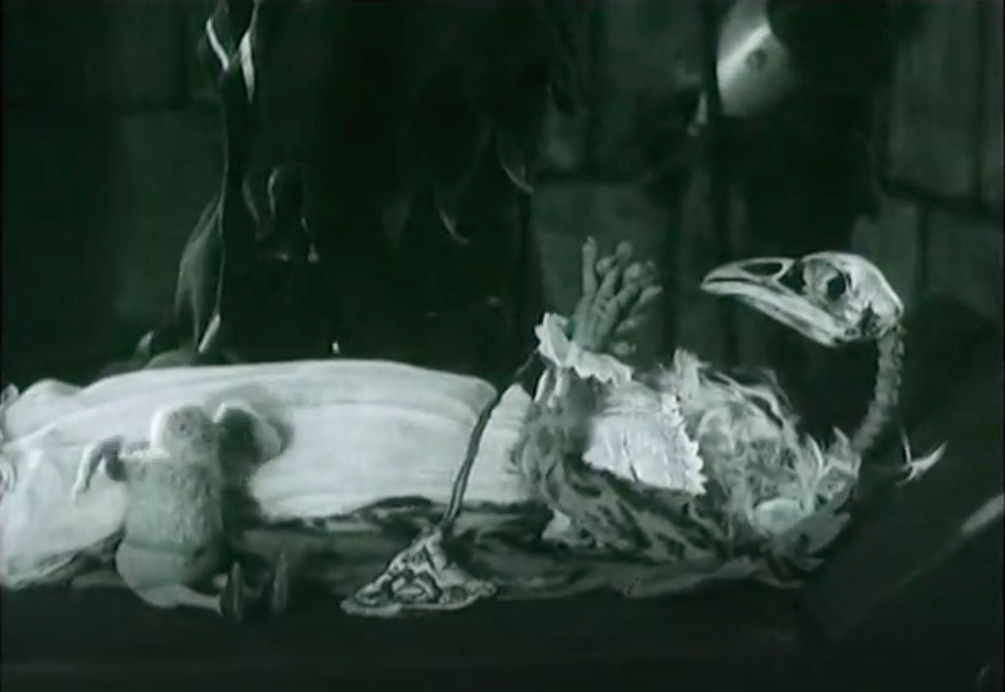 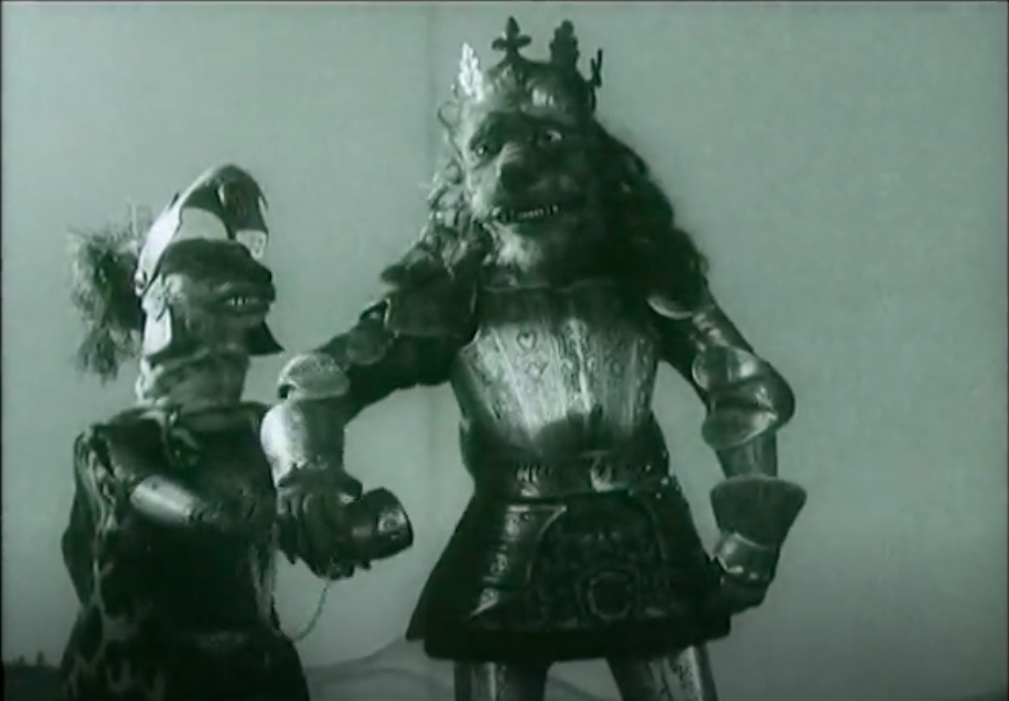 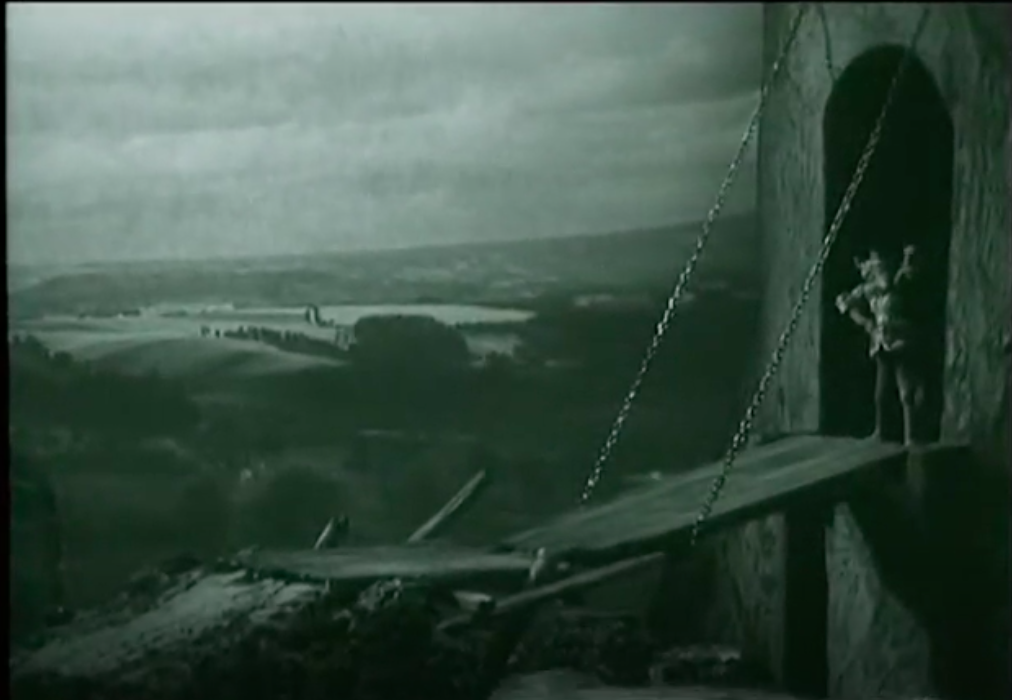 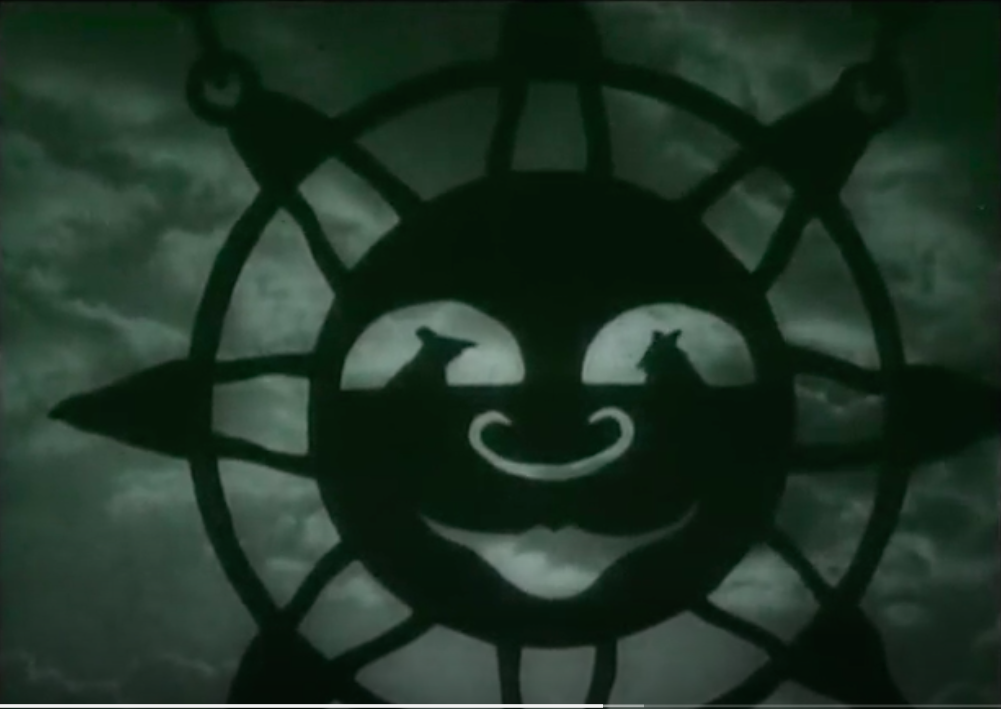 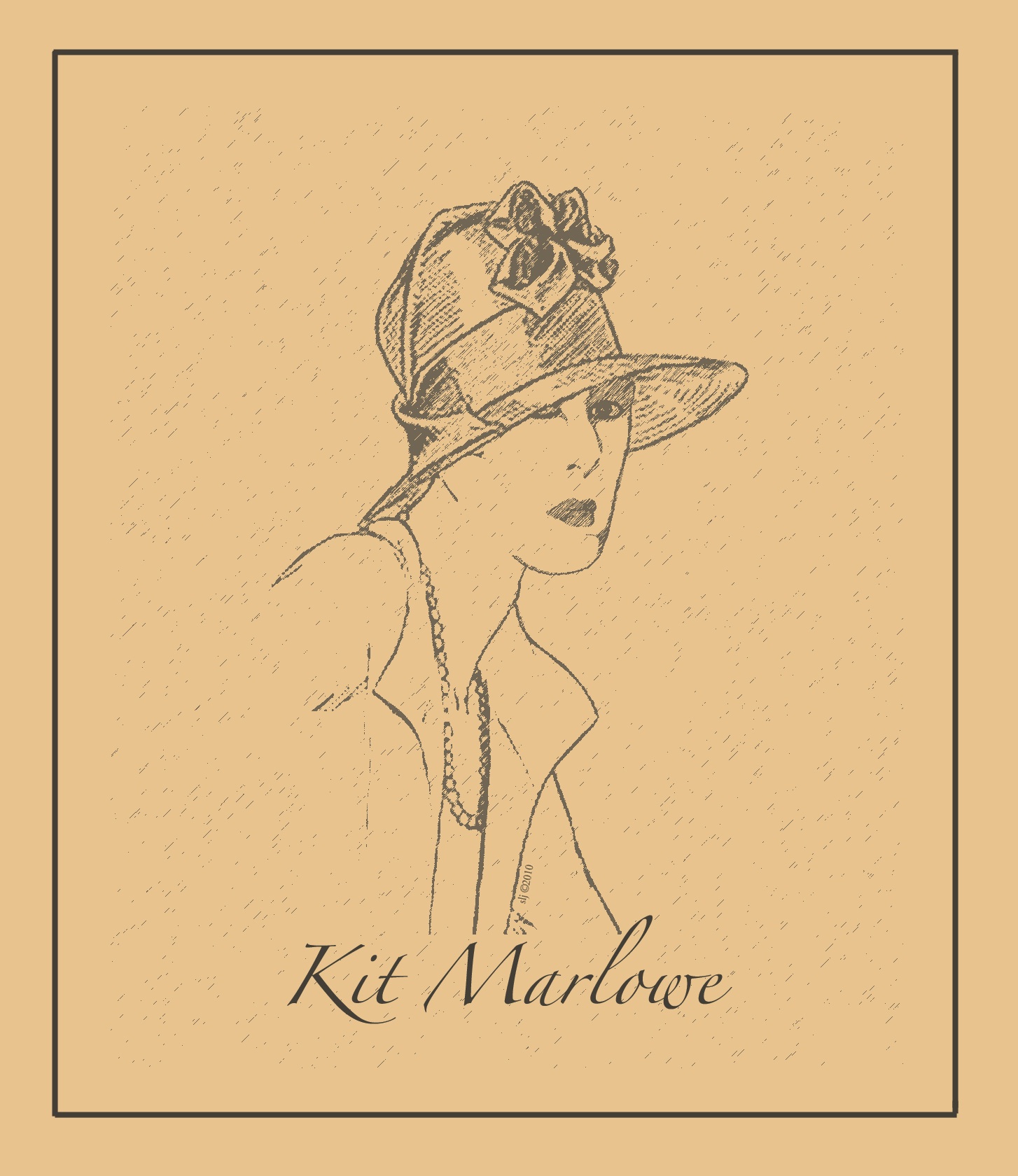 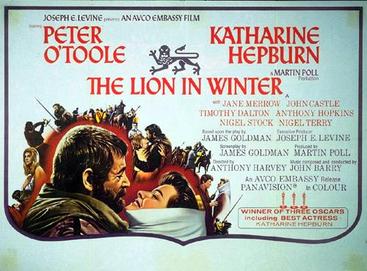 The Lion in Winter

What’s not to love? Katharine Hepburn and Peter O’Toole, Nigel Terry, Timothy Dalton, and the debut of Anthony Hopkins, a real medieval castle and a whole lot of family drama – and not just any family! Eleanor of Aquitaine, one of the most powerful women to ever live, going toe-to-toe with her second husband Henry II over which of their sons will become king. Bonus: the poignant evocation of the overlooked middle child, Geoffrey (sob!).

A gorgeous film that shows exactly why a medieval teen girl might decide to become an anchoress, which means being walled into the side of a church. Sounds mad, right? But to know that you wouldn’t be forced to work in the fields or to marry a man much older than you – plus everyone suddenly thinks your important and holy. Bonus: Christopher Eccleston is the priest.

This is an Icelandic film; director Hrafn Gunnlaugsson wanted to use the Viking sagas to create a set of films that had the appeal of a spaghetti western. The film succeeds in the same fun sense of adventure. It doesn’t borrow directly from any one saga but uses familiar tropes of revenge, masculine one-upsmanship, the conflict between the Norse gods followers and Christians, and the divided loyalties of former slaves who become wives. Bonus: Icelandic horses are awesome albeit tiny and who knew there were Vatican ninjas?

Directed by the legendary Liv Ullman, this sumptuous film captures a good sense of how disruptive modern notions of love would be in the Middle Ages. Kristen’s mother offers a realistic picture of the reality of marriage as something one grew into when there were no other options. The film shows how the convent was really just as much a girls school as any modern one, with the same furtive conversations about sex and religion. Bonus: it’s so beautiful! 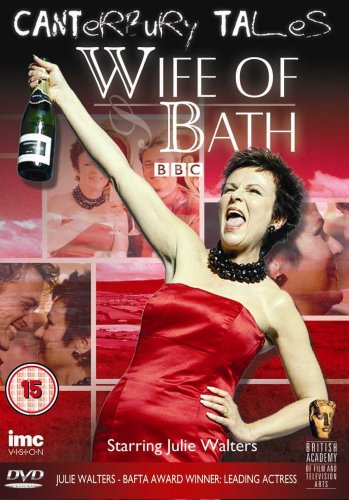 The Wife of Bath

This is a bit of a cheat: it’s a modernisation of Chaucer’s tale but it’s just so good (all the films in this BBC series range from good to extraordinary). Julie Walters plays the wife as an aging soap star who falls for a younger man after he joins the show. She’s larger than life and bawdy as they come, just like the original. The main story is the Prologue and her many marriages, while the plot of the soap borrows from the Tale (which is quite clever! Well done, Sally Wainwright). Bonus: Bill Nighy!

I could name a lot more but these will get you started.

Kathryn ‘Kit’ Marlowe is a writer of historical fiction, often with a good bit of humour. There are those who say she’s secretly an English professor who writes under other names. You can find her on Facebook, too. Her lovely author portrait was created by the fabulous artist S. L. Johnson.

Please send your Foxy Friday recommendations to submissions@foxspirit. co.uk, now over to Kate.

For 2015, I’ve resolved to review and recommend more works of fiction with diverse casts which feature issues of diversity as character notes rather than plot points. I want to see these characters starring in gripping stories which don’t necessarily revolve around their experiences of being a person of colour, a non-heterosexual, a transgendered person or someone struggling with illness. For my Foxy Friday, I’ve chosen five works that are gloriously entertaining which also provide a platform for characters who don’t fit in and aren’t necessarily trying to. Here’s my celebration of the misfits, the geeks, the sex workers, the BDSM community, the people of colour, the working classes, the chronically ill, the injured, the disenfranchised women, the old folk and my hope for everyone who may have struggled to find a story with a central protagonist who is just like them.

Give me this over any 50 shades book any day! A wonderful and complicated political intrigue, set in a world where sex work is considered an honourable career choice. So refreshing to read a fantasy book set in a world where women can enjoy power within sex, where their right to say ‘no’ is sacred and their wish to enjoy physical pleasure is not shamed. If you are looking for a book which respects diversity in sexual taste and also tells a compelling story, this one is for you. 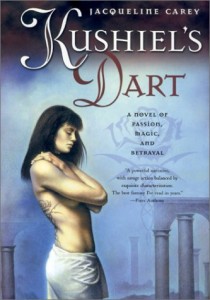 I love old tales and legends, myths that have endured and seeped into our consciousness. In this story, I loved the idea that they are still here, not strange and distant but part of our own small worlds of charity shops, families and daily life. This story reminds me that the fantastical can be part our everyday lives, and that our everyday lives can be improved for their accidental brushes against it. It also reminds me that not all heroines are necessarily young and beautiful, although they may still remember the days when they once were.

#WeNeedDiverseBooks and this one is a great starter! Cordelia Vorkosigan, plunged by marriage into an archaic, socially divided world, struggles to fit into her new home. She faces prejudiced behaviours which are new to her, including sexism, homophobia, institutional class bias, poverty and ableism. With help from a misfit band of social outcasts, Cordelia defies these social rules and restrictions, a course of action which culminates in a covert mission to rescue her infant son during a revolution and change the world for all future generations of Barrayarans. 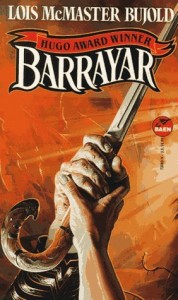 Priot to becoming megastars with epic geek credentials, Simon Pegg and Nick Frost starred Spaced. With only two series, each containing six half-hour epsiodes, you could watch the lot in an afternoon. Meet Tim and Daisy, two artistically inclined and utterly hapless twenty-somethings, who along with their diverse cast of friends and acquaintances are trying to avoid growing up. Each episode is a miniture jewel, littered with delicious geeky references to sci-fi, fantasy, horror and all things cult and classic. If you’re a young geek who hasn’t figured out where life is going yet – watch Spaced, and know that you’re not alone.

Forget the army, forget the police – it’s up to a South London gang of teenage hoods to save their neighbourhood from an alien menace. Clueless but determined, lead by Moses (John Boyega, now confirmed for a lead role in Star Wars VII), the gang aim to defend their territory with a little help from a nurse, a couple of drug dealers and some teenage girls. Attack The Block is a raucous comedy, but also touches on more serious issues, such as racism, crime, child neglect, poverty and distrust of the police, alongside positive ideals such as honour, bravery and loyalty. 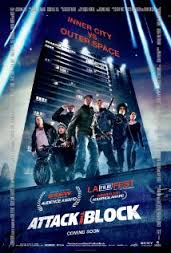 Our  Foxy recommendations this week are from James Bennett

A fictionalised account of the notorious haunting of Borley Rectory. Seances, ghosts, old family secrets, an appearance by Sir Arthur Conan Doyle and a big spooky mansion. This would make a perfect Christmas read. Paranormal activity or clever hoax? The author keeps you guessing right until the end. What’s not to love?

Film: The Desolation of Smaug Extended

Yes, yes, these films are long, but have you seen the extended versions? Jackson shades in a little more of the background and as a result the pace works better. Beorn gets more than a walk on part, the Black River of Mirkwood makes an appearance and there’s a different cut of Gandalf in Dol Guldur. Like Unexpected Journey Extended, it all feels a little less *rushed*. Yes, I know I just wrote that. 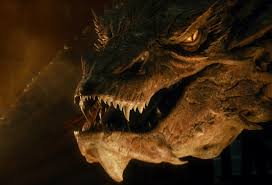 The concluding part of Joe Hill’s graphic novel series and perhaps his best work to date. In this one, the somewhat complex plot unravels into a gripping finale as the children of Keyhouse face down Dodge and his army of shadows. You’re missing out. Go read.

Confession: I haven’t read this yet. But just look at that cover. A stunning comeback for the Dream King. 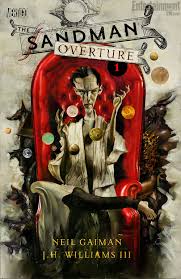 OK, so this isn’t strictly a genre thing. So what? This pocket-sized doohickey  is a portal to other worlds! Get superfast broadband wherever you get a mobile phone signal (including rural Wales) and never curse at second hand signals through dodgy wired access points again. Only £20 a month for 15GB from Three Mobile. How come no one told me about this 2 months ago?