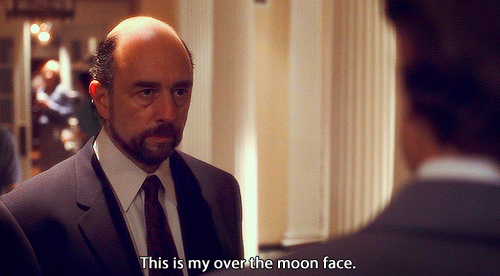 Not just tired, but bone weary, punched out, ready for this relentless dumpster fire shitshow fucktastrophe of a trip around the Sun to be over so we can burn its bones, salt the ground it’s buried in and scatter the ashes over that entrance to Hell looking crater in Russia?

I’m not going to tell you it’s going to be okay.

On this side of the Atlantic a feud between sociopath public schoolboys has escalated into whatever the unholy union of a farce, a tragedy, a horror story and the opening montage of Zack Snyder’s Dawn of the Dead remake is called. In the US, a reality TV show host has been elected to the highest office in the land and his chief advisers will be an actual honest-to-God white supremacist and a man who looks like darkest timeline Beeker.

And in the middle, drowning in a sea of thinkpieces, tweetstorms, accidental falsehoods and willful deceptions? Us.

What a fucking year.

I don’t have answers for you. Hell, I don’t have answers for me short of playing ‘Stuck in Lodi’ on loop for the next four years and trying to pretend the inevitable Yes, Minister remake will be funny and not a screaming existential plummet into the heart of shitty, if-wet-in-village-hall British horror. In the dictionary under the definition of ‘Shit is All Fucked Up’? There is a picture of all of us right now.

But I do have an idea.

And I hate it, because it’s a truism and I hate truisms because if we didn’t have them? Someone would have gone and rescued that kitten hanging off a tree instead of taking a photo of the poor little bastard and retiring off the takings from their HANG IN THERE! Posters.

But I have a story for you. And I promise you it’s true. And SUCKS. Here it is:

And you know the really awful thing? It actually is true. 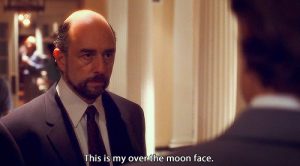 Mine too, Toby. Mine too.

Let’s go with that top one first because it’s going to be the hardest one to do in the short term. Right now, you’re glued to social media or the news trying to work just when it was you fell through that hole to the parallel dimension where people think a man whose failed to be elected seven times is a legitimate political force. You’ve got your guard up, your eyes wide, shoving as much info as possible into your brain.

The good news, and I use good advisedly, is this; other people will cover you when you step off the attention line. Take the footage of that Venezuelan march that was passed around as an anti-Trump march in LA a few days ago. The bad news is it was mislabeled and went viral. The good news is that it was caught and that also went viral.

Your watch is not going to be 24 hours a day. Step away. Drink some water. Play a game. Eat some carbs. Or more carbs. Or protein. Or carbs. And water. Water’s important.

Once you’ve done that, back to work.

Got a short story? Finish it.

Got a novel? Finish it?

Persistence is the single most immutable force in human society. If you keep going, if you keep working regardless of what else is happening around you, regardless of what other people or you put in your way? YOU WILL WIN. You will look and feel like 8000 miles of bad road when you do sometimes but you won’t care. Because you’ll have got there when almost no one else has.

And when you do, Try Harder.

Writers are magpies. We dive on what looks shiny and emulate it as best we can. In doing so we destroy it and remake it in our own image and that creates something new. That’s the process, it always has been. We learn, we imitate, we create.

But we can’t keep imitating the same things. The social media bubble universes that have wrought incalculable damage this year encourage us to talk and think to people who talk and think like us. It’s like an ideological proscenium, amplifying the right notes and leading everyone to sing along with the choir.

The choir, any choir, EVERY choir, drowns out other voices. And that’s what got us here.

Sing off key. Go off book. Try something new.

Now turn your back on that. Because you know that field and because, bluntly, the day science fiction novels featuring exploding spaceships and written by dudes aren’t turned out nineteen to a dozen? Is the day the world ends and you’ll have bigger concerns.

Published in the last 50 years

I know, I know ‘But I like spaceships?’ right?

Me too bunky. But here’s the thing. If there is one concept I’m taking out of this year it’s that the Reader’s Burden is very definitely here and not enough people are shouldering it.

The Reader’s Burden is this; there is a colossal amount of brilliant work out there. You cannot hope to read it all. But if all you read is what you know you like, then you do yourself a disservice. Worse still you keep the conversation focused on that, ensuring that no new authors break through and the window of perspective doesn’t change.

Or to put it another way, read Heinlein. But read Kameron Hurley too.

The idea of different perspectives being valid is going to spend the next four years trapped in the corner eating punch after punch from an opponent who has no business being anywhere near civilized discourse.

Read, watch, play, listen, interact with culture outside your comfort zones because if you don’t then you’ll be half the writer you deserve to be and half the culture we deserve will be standing at the end of this. If we’re lucky.

Be scared. Be angry. Be demoralized. Then keep going and try harder. And when you need a hand? Ask for one. Because we’re all doing it too.

If you’re looking for stuff that will directly help in the US, try this or this.