What I Learned From Cult TV – Self

Compared to some of my friends, my exposure to cult tv is somewhat limited. My journey through the phenomenon started when I stumbled onto Sir Patrick Stewart, commanding the USS Enterprise as Jean-Luc Picard. The details are blurred, but I remember being captured by the show almost instantly. I hit upon Buffy in a similar manner, and very clearly remember the episode I blundered into – The Pack (Xander is taken over by an animal spirit and effectively “goes rogue”). 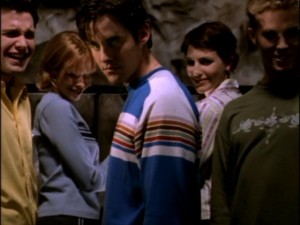 It was my father that took me from Star Trek into the darker realms of the X-Files, roaming the America with Mulder and Scully in search of the criminal, the alien and the down-right weird. From there, I continued to explore Buffy and Star Trek further, seeking out the earlier episodes and seasons (and incarnations, in Star Trek’s case). Whereas my fellows spread themselves widely over the net of Cult tv, I settled into these few.

Together, my father and I tackled Farscape. Now this, I could really sink my claws into – strange aliens, twisting plot lines and characters that were fickler than Spike from Buffy (gotta love him, though) – Farscape was a sci-fi dream. Unfortunately, as these things go, the Sci-fi Channel cancelled the show, much to fan uproar. Luckily, or unluckily, depending how you view it, less than two years later a newcomer arose to fill my Farscape shaped-void. In September, 2004, along came the glorious, the frustrating, the amazing, Lost. 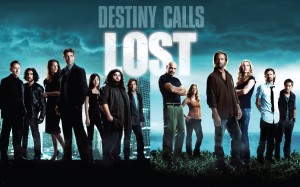 Lost was at once both incredibly riveting, and daringly frustrating. Each episode brought new information and even more questions to us dedicated fans, renewing the question in our minds over and over again – why do we keep watching? Whatever you think of the way they ended the series, it was ground breaking piece of television history for me; it made me realise what I gained from these shows. The characters of Lost were varied (to put it minimally), but each one held the same attribute that I suddenly recognised from the previous productions that I had fallen in love with – they were true to themselves.

The sense of self that each character had, from Lost and beyond, even when they doubted themselves, was believable. Not only were they believable, but they were admirable in their belief of their own personality. No matter what came their way, they were themselves. John Locke in Lost continually throws a stick into everyone else’s works, but he never does truly give up – he keeps on throwing that stick in there day in, day out. Buffy railed against Giles’ rules at almost every opportunity, and dammit if Jean-Luc Picard didn’t hold his own against Madred (THERE. ARE. FOUR. LIGHTS). It is this self-belief that has wormed its way into me, thanks to these shows, and others since.

There is some debate lately about whether or not shows like24 and Breaking Bad are to be considered “cult”, and I’m not here to argue the point either way. I will say that Jack Bauer did EVERYTHING in his power to do the right thing every damn time, and Walter White (Say my name), whilst he fooled himself on his motives for a long time, continued to produce that lucrative Blue Sky right up until the end of the series. 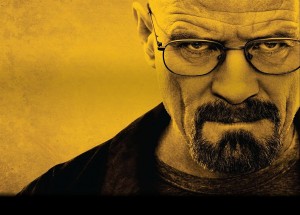 Whatever the truth about the above shows cult status, I learnt from these programs that you are who you are. It may change subtly from time to time, and some people may disagree with how you think and what you do; but thanks to these character’s perseverance I know that remaining true to yourself is the best course of action for everybody, and that’s a lesson I have taken to heart.