Anthologies are the best gift a fiction fanatic can receive, so if you’re looking for something a bit special to buy this holiday season, check out some of these and treat your friends, treat your family, and most especially, treat yo’self! 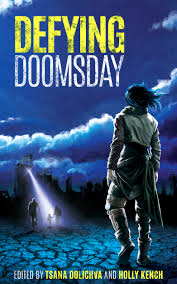 Defying Doomsday collects together stories about how to survive in the apocalypse if you’re disabled, chronically ill or neuro-divergent. It addresses questions of what to do when the life saving devices have been shut down and your medication has run out, or how you can turn who you are into an advantage in a destroyed world where everything is so much harder to cope with. It’s a simply stunning anthology with a heavy focus on hope, representation, and how people can come together to survive and thrive, and is most definitely a must read.

This is one of my foundational anthologies and I will gleefully recommend it to anyone who passes within squee-ing distance.  It’s the first in a series of very feminist, very funny, comic-fantasy anthologies with similarly punny titles, and is positively overflowing with the love of nerdy things.  In this volume, as with the series at large, you’ll find a multitude of stories that wink at how female characters traditionally appear in media-wide SFF, and pushes hard against all the sexist clichés by twisting them around in stories that amuse and amaze.

And for bonus reading fun, check out the Chicks Ahoy box set that includes Chainmail and the next two Chicks in the series!

The Underwater Ballroom Society is a fun, and rather wonderful, anthology inspired by the underwater ballroom at Witley Park in Surrey, and has stories that cover fable and fairytale, murder and mystery, the dark and the weird, and the light hearted and fantastic.  My particular favourite stories are ‘Twelve Sisters’ by Y.S. Lee, Stephanie Burgis’ ‘Spellswept’, ‘The Queen of Life’ by Ysabeau S. Wilce, Patrick Samphire’s ‘A Spy in the Deep’ and Iona Datt Sharma’s ‘Penhallow Amid Passing Things’ but in all honesty, there’s stories to suit all tastes here so add it to Santa’s list!

For those of you who like horror, particularly of the Lovecraftian variety, you’ll want to get your eyeballs around She Walks in Shadows! Shadows takes the Lovecraftian genre and brings you an illustrated volume brimming over with women and their deliciously dark and dangerous tales.   There are tales of dread and humour, weirdness and grotesqueries, with cosmic horrors and old gods, dark deals, false faces, and the overwhelming sensation that your reality cannot be trusted.  Let these ladies of horror walk you through the shadows!

Glitter and Mayhem makes my urban fantasy loving heart explode with glee as I was forged in the fires of the fantastic intruding on real life; and there is much glee to be had in this anthology. There’s also fun with fairytales, interstellar roller derby, myth and magic, dancing with aliens and clubbing with cryptids, glamour and, yes, glitter and mayhem aplenty. As anthologies go, this is just crammed with unrelenting joy and it’s utterly glorious! 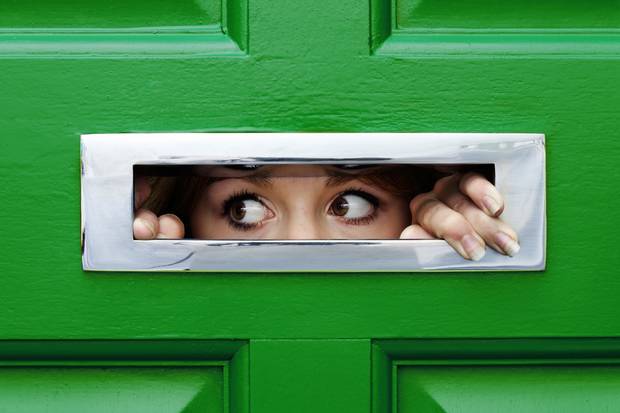 Welcome to the 9th Annual Women in Horror Month! As any horror fan will tell you, women have been an inextricable part of horror short fiction for centuries.  From Mary Shelley, Amelia B. Edwards, Edith Wharton and Cynthia Asquith, to Shirley Jackson, Lisa Tuttle, Alison Littlewood, Priya Sharma, Tananarive Due, Nadia Bulkin and a vast and varied collection of other modern horror writers creating stories that span from the subtle supernatural to the surreal to the terrifying.  Women in horror can do it all, but for a multitude of reasons, tend to have a lower visibility for their work than the male of the species.

This time last year I took part in Mark West’s Women in Horror Mixtape blog where a motley bunch of fiction fans talked about their favourite horror shorts from women –  it was great fun to do and many excellent recommendations were made. (Check them out here – http://markwestwriter.blogspot.co.uk/2017/02/the-women-in-horror-mixtape.html )  So when Aunty Fox put out the call for posts for this year’s WiHM, I knew a mini mixtape was the way to go because, a/ my short fiction love affair was started by anthologies and single author collections of horror stories way back in my preteens; and b/ any excuse for a list!

First up is ‘Ripper by Angela Slatter. I’ll freely admit to being a huge fan of Slatter [www.angelaslatter.com] ever since reading her story ‘Lavender and Lychgates’ in the Mammoth Book of Best New Horror #22 anthology (ed. Stephen Jones).  (And if wonderfully told dark fantasy/fairy tales are your thing then immediately acquire yourself copies of her two collections – Sourdough and Other Stories, and The Bitterwood Bible and Other Recountings, as the linked short stories are a-maz-ing!) But I digress…

‘Ripper’ concerns Jack the Ripper and the mysteries surrounding the murders, as told by new copper Kit Carswell.  But unknown to the other coppers, Kit is actually a woman masquerading as a man, desperately balancing police duties with the need to care for and financially support her ill family while keeping the secret of her dual identity.  It’s Kit’s status both as a woman and a police officer that inspires the infamous Mary Jane Kelly to approach her and share the information vital to connecting the victims and luring the Ripper out; but despite things going horribly wrong for Kit and Kelly, it’s Kit’s intelligence and heroism, and the dead women of Whitechapel, who prove the key to the Ripper’s downfall.

‘Ripper’ is an excellent tale of mystery, magic, ghosts and women working together to try and survive the men around them and Slatter proves her storytelling skill with prose that hooks you from the start.

Cassandra Khaw is relatively new to me as an author – I’ve greatly enjoyed both her Lovecraftian Noir-ish Hammers to the Bone as well as her paranormal rom-com Bearly a Lady; I’ve also come across her short fiction in venues such as Uncanny Magazine, Lightspeed Magazine, Nightmare Magazine, The Dark Magazine and Clarkesworld Magazine, to name but a few. (Go hunt them down and read!)

But the story I’m recommending today is her flash fiction ‘Kiss, Don’t Tell’ which can be read or listened to over at Pseudopod – it’s a gloriously lyrical musing on hunger and the essence of monsters, with the unnamed narrator teasing her human lover about his ex. Khaw has an outstanding gift with language, weaving a gorgeous story that dances a visceral tango in your brain, unleashing seduction and danger with a poetic playfulness and a throbbing rhythm that gets under your skin; and I highly recommend listening to Mae Zarris-Heaney’s narration as it takes an already darkly sensual tale to whole new levels of woah.

The Curtain by Thana Niveau, in The Dark (December 2016)

And now to Thana Niveau [http://thananiveau.com] and the terrors of the deep!  I’ve read various Niveau stories in anthologies and magazines across the years and though I’ve barely scratched the surface of her prolific fiction output, from what I’ve read so far, ‘The Curtain’ is my favourite of hers.  It’s creepy, enthralling, and darkly entertaining, and gives the account of Martin, a diver, who goes treasure hunting the day after a storm. However, the storm damage has unleashed things that were best left contained and as Martin dives more wreckage, he uncovers bodies and the terrible secrets of the deep.

This is a story that oozes with terror, taking an already mysterious underwater world and twisting new horrors from it.  Niveau is adept at ramping up the tension until the inevitability of Martin’s fate becomes clear, yet also expertly creates a sense of wonder for the underwater environment. It’s well worth reading this story multiple times, as there are many small touches that take on new meaning once you’ve sailed passed the ending and come back for more.

Form the sea we move to the cenotes of the Yucatán and ‘Jade, Blood’ by Silvia Moreno-Garcia [www.silviamoreno-garcia.com].  I’ve enjoyed Moreno-Garcia’s short fiction in multiple venues, as well as her editorial tastes in the anthologies she’s edited (She Walks in Shadows and the People of Colour Destroy Horror edition of Nightmare Magazine are two particular favourites) – and happened to come across ‘Jade, Blood’ when I was catching up on my Nightmare Magazine reading.

‘Jade, Blood’ tells of a lonely and unloved young woman, whose life as a novice leaves her empty and unsatisfied until she discovers a local cenote and looks deep into its water. The ensuing euphoria puts her meaningless convent life into sharp relief and she seeks to recapture her experience with a multitude of offerings to the cenote.  It’s a quiet tale, beautifully told, shaping an atmosphere of growing religious ecstasy and veneration for the ancient and bloody rites.

We end with a haunting tale from Sarah Pinborough. [https://sarahpinborough.com] Pinborough is a multi-genre, multi-format, powerhouse – you want crime, fantasy, romantic fairy tales, horror, thriller, adult, YA, media tie-in or screen writing, she’s got something for you and all are well worth checking out.

I found her story ‘Collect Call’ in The Mammoth Book of Ghost Stories by Women (ed. Marie O’Regan – an anthology that’s well recommended as you’ll find a wide range of female horror authors, both classic and modern, in its pages.) ‘Collect Call’ is beautifully told and manages the trick of being both quietly understated and peppered with short sharp bursts of potential threat.  On the face of it, it seems a simple tale – a man is stuck in a deserted town and is waiting for his dad to give him a lift home. During the wait he is joined by a slightly unpleasant woman also stuck in the same predicament but unable to get through to her own family, and both must wait while darkness approaches.

Pinborough has a deft touch with weaving strands of melancholy and hope, while delivering both sweetness and menace in a story that touches on the mysteries of death and human connection.

Once you’ve tried these stories, don’t forget to check out the authors other work, as well as the anthologies, magazines and editors mentioned!