The Many Faces of Kalobo

Hello all! I’m Christopher Kastensmidt, author of The Elephant and Macaw Banner series and “A Parlous Battle”, a story in that series published in American Monsters.

The Kalobo (or “Capelobo”, as it’s known in Brazil) is a relatively unknown legend in Brazil. Dozens of people have told me over the years that they’d never heard of it before the Brazilian publication of “A Parlous Battle” way back in 2011. In fact, if you Google images with “Capelobo”, the most popular images of the creature are those related to my series. I’d like to share a few of those here.

Since it was one of the first creatures that appeared in the stories, it was also one of my first art commissions. Brazilian artist Paulo Ítalo produced two drawings of the creature for me. I worked very closely with him on these and they are the closest to my own personal concept of the creature: 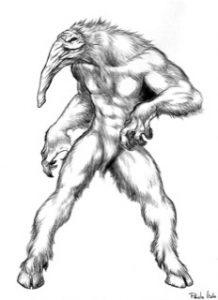 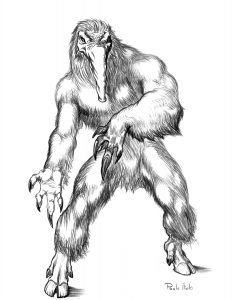 After that, I allowed other artists liberty to create their own interpretations, without any interference from me. U.S. artist Jay Beard created two very different pieces inspired by the creature: 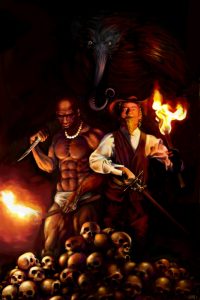 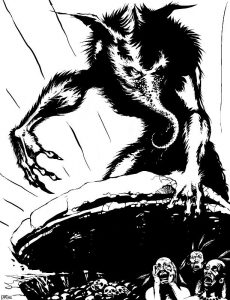 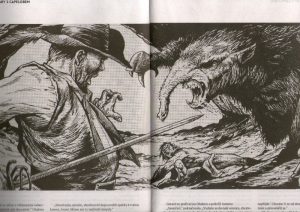 Finally, one of the most well-known illustrations is this gorgeous painting by SulaMoon: 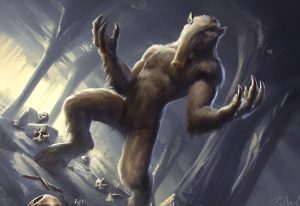 Many thanks to Margrét Helgadóttir for the chance to introduce this creature to readers around the world in the American Monsters anthology. For those looking for more stories from The Elephant and Macaw Banner, the complete series is now available in one volume from Guardbridge Books.