I love when writing allows the opportunity to explore places I’ve never been able to go in person. When I first heard about this monster anthology, I knew it would be a great chance to leave my comfort zone of western Europe-based stories to travel further east and delve into some new mysteries. What I didn’t expect was for Seljord, Telemark, Norway to be such a difficult location on which to find information! I scoured the internet and tourism books to pull what details I could, but for a town known for their lake monster, there was surprisingly little to pull from. Except for a very neat video of Selma that a girl got on her cell phone.  Too poor quality for anything definitive, but just enough to send the imagination into overdrive.

My decision to work with Selma came about in a rather strange way. I thought about what I wanted a monster story to be about, and all I could picture was mist and water. Maybe a few black leaves whipping along a path at dusk. From there it seemed an easy jump to demons lurking in the water, so I did some research into which renowned lake monster would fit the bill. Selma popped out right away because of the number of sightings over the years, in depth tales that offer clear (if not always consistent) and emotional encounters. Interestingly, none of the reports ever mentioned an attack – just a large beast over 40 feet long lurking under the surface of the lake.  This looming dread, the idea that she was always present, but biding her time, inspired the first draft of my story. 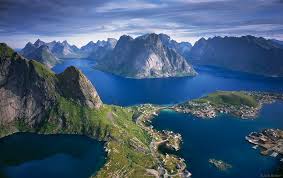 The final edit of the story, the one you can find in the anthology, is a comparison of human vs. monster, never resolving whether the monster or the narrator killed her lover, but that concept came much later than the original idea.

My first take was to draw parallels between Selma’s lurking and growing environmental issues.  In the first draft, Astrid and her family visit her grandparents in Seljord. Her grandfather is the one to warn her against the monster, but her parents laugh it off and tell her not to lose any sleep over it.  As an aside, it’s mentioned that Astrid’s father works for a coal company. There’s obvious tension between father and grandfather, which builds until Astrid confronts her grandfather about what he’s seen. He fills her in on the history of Selma, the lake monster who’s been in hiding for a very long time, but is getting closer to reaching the surface. Once she does, there will be endless repercussions, consequences they cannot recover from – all because people overlooked the obvious signs.

In my head, the wrath of the lake monster blended perfectly with the issues of pollution, erosion, oil spills – disasters we hear about the news every day, but have not yet found ways to prevent. Three quarters of the way through the draft, I didn’t have the heart to finish it, feeling that the ending would be too hopeless. 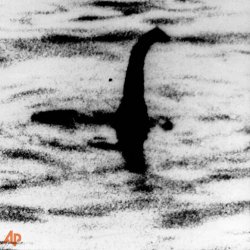 What I found fascinating about this project, though, is how those the story evolved from one idea into another. Within 5000 words, I managed to bounce around so many concepts, social issues and ideologies, characters – it provided a chance to notice the journey of the writing process in a way that longer projects won’t allow (a matter of forest for the trees).

I loved this project, enjoyed working with so many other talented artists, and am very proud of the final result. Hopefully the readers will enjoy it as much as I did!