You know those Where I Write columns in writing magazines, in which authors are photographed in pastel-coloured sheds, or high-ceilinged rooms adorned with rows and rows of (inevitably highbrow) books? That was SO NOT ME back when I discovered Fox Spirit in 2012.

At the time, I was a bushy-tailed trainee at a corporate law firm, and I used to scribble away at my short story submissions on the train, hemmed in by zombified commuters. While the human equivalent of Droopy snored in my ear, I’d whisk myself off to the enchanted realms of space pirates, magicked kings, and shapeshifting baddies.

The problem was that Fox Spirit fantasy quickly became so much more enchanting than Corporate Law reality, and I’d find myself sneaking off to the firm’s canteen, or to a toilet cubicle, to continue writing. Then the partners would get grumpy (those millions don’t make themselves, after all) and I’d get told off.

For a while, I coped with a snatched twenty minutes here and stolen ten minutes there, but it soon became obvious – 30,000 words into a novel, and moving at 150 words a day – that I was grinding to a literary halt under the pressures of law. I was no longer bright eyed and bushy tailed; I was a cynical, grizzled old fox.

In 2014, I met up with an old university friend who’d started screenwriting. I was a prolific playwright at primary school, but for some irrational reason had always been daunted by it as an adult. But over drinks one night, Kath convinced me to give it a shot, and I quickly found that (a) with fewer words, I could more easily squeeze a screenplay into my spare moments, and (b) I FRICKING LOVED IT!

I got shortlisted for a couple of screenwriting competitions, and in 2015 I decided to figuratively dive in, and booked a ticket to the London Screenwriters’ Festival, a three-day festival full of talks, script surgeries, actors’ table reads, and – most excitingly – Pitchfest (where delegates get to pitch to agents and producers). 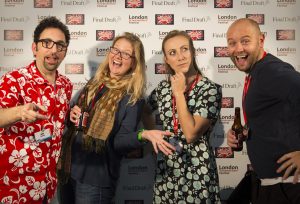 In the meantime, I had HAD ENOUGH of corporate law. I handed in my notice in July, and waved goodbye on 4th September (taking a dip in the office fountain on my way out). Part of me was thinking “What the bleeding heck am I doing?” but the flood of relief I experienced as I walked away from that stark beige building told me it was the right thing to do.

I started managing a tuition centre – I wasn’t yet ready to go it alone – and then in October headed to Regent’s Park for the LSF. Well, wow, did that blow away some cobwebs and drag out my own personal Wonder Woman (the unofficial LSF mascot)! I learnt things – including writing wisdom from Chris McQuarrie (of The Usual Suspects fame); I had a script MOT; I made new friends; I pitched, and managed to interest two producers in my work. I came away with goosebumps, and definitely ready to push things up a gear.

LSF runs Create50, which is a series of initiatives designed to get writers and filmmakers’ work published and produced. They run script projects (resulting in feature films) and short story projects (resulting in anthologies), and I entered both. The awesome thing about Create50 is that rather than just sending your work off and waiting for a “yay” or “nay”, you upload it to the website and then other writers get to feedback on your work, while you get the chance to submit two redrafts.

I got sucked into the Create50 matrix at the end of November, and was spat out in the New Year, having reviewed 130 other scripts, and made massive developments to my own. It was exhilarating, and educating, and I made a lot of new writer friends. I also got longlisted, which to be honest felt like simply an added bonus by the end.

I wanted to get MORE INVOLVED in this magical world of writing and writers. So I started doing volunteer work for Create50, helping draft some contracts (thank you, corporate law!) and then helping develop and launch the latest initiative, Singularity50, a short story project exploring the years leading up to, and the moment of, the Singularity. 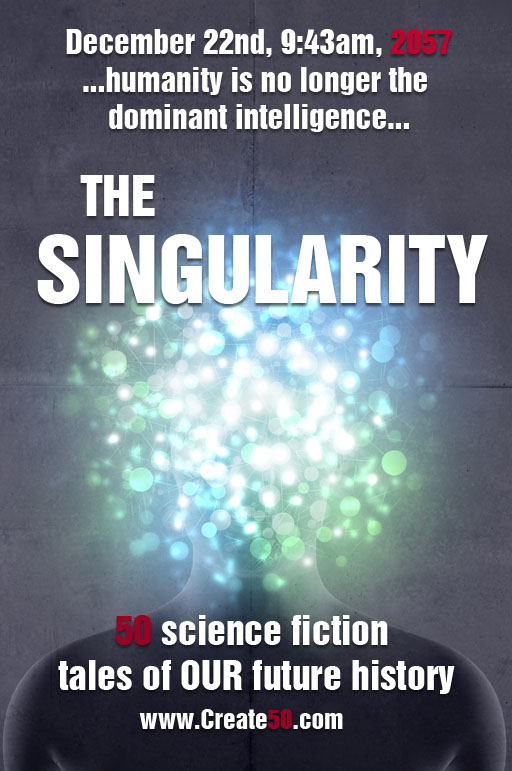 And… last month I was taken on as a paid employee at London Screenwriters’ Festival! Now I get goosebumps most days, just going to work. I feel like I’m living in those enchanted realms I dreamt of on the train.

Why have I told you all this? Well, for one thing, to highlight how awesome Fox Spirit is at touching, and bringing to 252the surface, a part of you which has been neglected and buried by the System – or whatever you want to call that Very-Serious-and-Important-Adult-Society that shakes its head at pretend lightsaber fights and dancing in a wooded glade.

And also – and I’m focusing in particular on any of you scribbling away in a corner of a commuter train – to whisper into your ear and tell you to find the rabbit hole and bloody well throw yourself down it! There are kaleidoscope lights at the end of the tunnel, and it’s WONDERFUL.