The implication has been that Marie Kondo is telling people to get rid of their books, to only keep a few and that this is monstrous. This was not my interpretation. 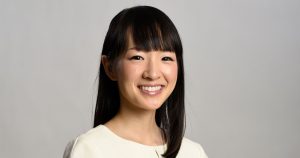 Firstly though, I have not in fact read the book, I just put the show on as soothing background. I then attacked my own clothing hoard and about halved it.  I feel better for that. I was hanging on to a lot of stuff that I never expect to slim back into, largely because being size 12 is no longer an ambition. I am 41 and more concerned with my blood pressure being acceptable than my size. I put some things that I love but that are too small for me away safely, I also got rid of some stuff that honestly if i do ever fit them again I don’t expect to want to wear. It makes me happy.

I have no intention of going through my books. There are a couple of reasons for this. One is that we don’t have a room big enough for all the books to be in at the same time.  The other is that books inherently bring me joy. I don’t bring books into the house that I find upsetting or offensive and outside of those instances books are a thing of joy to me.

Marie Kondo keeps around 30 books in her home. She does not suggest this is the right number for you. In fact what I enjoyed about the show is at no point does she tell people they have too much of a specific thing (although some of the couples bicker about that).

There were two episodes that dealt with books in a significant way to my mind.  One was a widow who obviously needed help giving herself permission to get rid of all her husbands cowboy paperbacks. There was a huge bookcase taken over by these books that were clearly just making her feel bad and she had no interest in reading them. Marie gently ‘woke’ all the books (I understand this comes from her background with Shinto). I thought that was a lovely thing and if I ever get around to reorganising all my books I will take a few moments to wake them. Why not. She then essentially gave her client the ok to get rid of all the debris of a life she was no longer living.

The other episode Marie visited a lovely couple where both guys were writers of various sorts. Although they didn’t have nearly enough books for my taste to begin with, they were hanging on to old text books and things they weren’t really attached to any more and they let some go. One of them actually had a much harder time letting go of every piece of paper he had ever written on.

So all in all, I think there has been a lot of excited outrage at something that hasn’t been said and may not be what is actually intended. So what does that say about us? Why would the idea of getting rid of books be so abhorrent. Lots of people get rid of books. I have been book fairy to many a village and school event and charity shop, and my home is still over run. I am pretty sure at this point there aren’t many left I don’t want, that don’t for whatever reason spark joy. It would be a huge job to accept getting rid of three more books.

The shared horror at the KonMarie suggestion of actually addressing the books we have made me wonder, what are we pushing back against? Why does book twitter care so much about what other people do with their books.

As someone said, this is not the firemen from 451 bursting into your home to destroy the written word, it’s an elfin Japanese lady telling you very gently, through her translator, that your books should bring you joy. To be honest, that is a message I am on board with.