How the Fox Pocket was Named

Once upon a time there was a woman called Adele who had many excellent friends and could summon the ferocity of a honey badger. Using her ingenuity she became leader of a den full of creative, and somewhat geeky, people and together they produced fine books. She wanted to create small anthologies of short stories that could be read quickly and easily carried in a pocket, but what to call them?

…actually this isn’t working. DVDs don’t quite fit folkloric feel I was going for. Plus writing about myself in third person feels distinctly weird.

So, my husband and I were watching the 1967 musical version of Doctor Dolittle, starring Rex Harrison. It is in many ways a strange film, for example the most romantic song is sung by a human to a seal, a married seal. I am not even kidding. There is an early scene in which a mother fox comes to Dr Dolittle to hide from the local hunt. She entrusts her cubs (actually played by puppies) to the doctor who tucks them into pockets sewn onto the front of his lab coat.

I was amused by the idea of pockets specifically designed for carrying foxes. I checked with a friend who’s a vet, and she confirmed that fox pockets were a thing. I decided to assume this was the truth and not her humouring me. It sounded like the kind of thing that would amuse Adele as well, so I text her to let her know that vets have pockets for foxes. Much merriment ensured.

In early February Adele said that she was planning some ‘quick pick’ anthologies of flash fiction, and she asked if anyone could think of a snappy title for them. That evening, while in the shower (which is often a good place for ideas), I remembered the fox pocket conversation we’d had in December. I half-jokingly suggested it to Adele and she decreed that it was happening.

And so it came to pass. 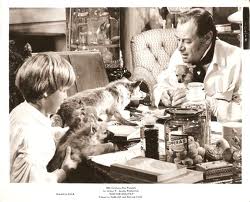