We are doing something a little different with the Neil Adams Autobiography. Instead of sharing chapters, we are sharing a few sections that didn’t make the final book.  We hope you enjoy these extra teasers and if you want to know more about what Neil is up to now, you can find out here.

To say we had a tight knit group at the full time academy was an understatement really. They almost existed as one unit. This unity was demonstrated in the face of danger one evening as myself and a couple of the lads were travelling back from a demonstration.

Driving along the road we came upon an overturned car with the wheels still spinning fiercely. Big Rick, called out, “Pull over, Neil! That’s just happened! The guy is still inside!”

I pulled off the road and the boys ran ahead of me to the overturned car. You could smell the petrol in the air and sure enough, smoke started from the rear of the vehicle and then, poof, flames! The driver was unconscious and Mossy, Innis and Big Rick reached in to get him out before the car would be consumed. Mossy and Innis backed off to let Rick do his thing and more so as the flames were becoming bigger and bigger.

I was on the phone dialing 999 and looked up to see the flames growing, “Rick you got to get out of there. It’s going to go!!” I screamed at him. Big Rick was undeterred but the driver wasn’t coming free from the car. His foot was entangled in the seatbelt.

Just like a Hollywood movie, Rick gave one more massive tug, and pulled the guy free of the driver’s seat and away just as the car exploded into full-on flames.

We waited with the driver until the ambulance and authorities came along with another driver who had pulled up behind to see if he could help in the aftermath.

I was so proud of the boys, not even thinking of their own safety but that of the trapped driver, diving in to get him free of disaster. I opened the local paper the next day to read the headline of the event, eager to see the boys’ names listed as heroes. However, their names weren’t there. What was there was a picture of the other driver who drove up after, who had taken a picture of the flaming car. The caption read, ‘I just did what I had to do to save a life.’ The mind boggles. 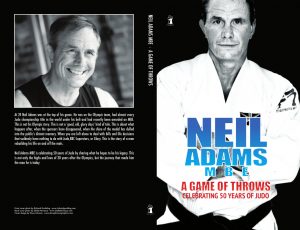