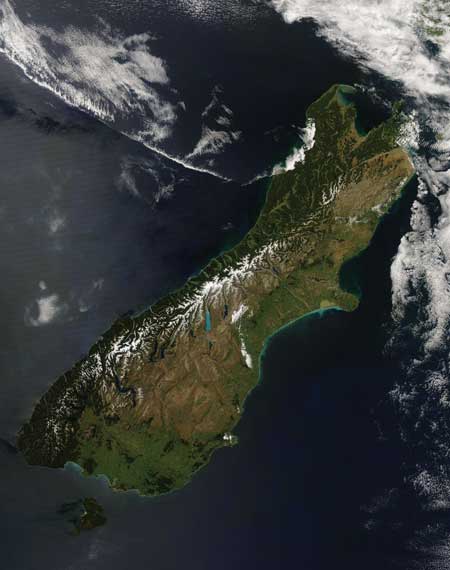 Spine of the Dragon

Walking on dragon backs and swimming in their tears is a large part of my history.

When I was a kid, I spent a lot of time in the Marlborough Sounds at the top of the South Island of New Zealand, a series of waterways stretching between Cloudy Bay and Tasman Bay. My grandfather was a builder, and during weekends and holidays I’d often join him on his rounds on his boat, or as a family we’d stay in a bach (holiday home) belonging to one of his clients.

Swimming, fishing, being on the water, golden sunshine; all taken for granted. In my child’s imagination, the water valleys weren’t created by plate tectonics – the Alpine fault that stretches along the back of Te Waipounamu (the South Island) terminates off the northeast coast – but sleeping dragons, the humps of hills their backs, the peninsulas of the bays their snouts dipping into the water. The small earthquakes I experienced living in that area was them rolling over and grumbling in their sleep. The Māori mythology I absorbed, imbued with taniwha and Papatūānuku (the earth goddess), strengthened my fantasies.

I am Pākehā, New Zealand European, white. I recognize my colonizing roots, and that I walk on stolen land and benefit from its fruits. I recognize the weight my voice has been given in telling a story with Māori mythological roots, and hope to do my best by the people this land belongs to. As a white writer, it is my duty to understand and interrogate how colonial interference has changed the structures of mythology. If I have failed anyone in any way, I accept this criticism and will work to better myself. In my story, the figures of Papatūānuku, Ranginui, and Rūamoko are all part of Māori earthquake mythology while the character/dragon E is purely fictional.

I did not intend earthquake themes to become such a large part of my writing, but the events of February 22, 2011 came only 18 months after I began my writing journey. Brought up in an earthquake prone area (Marlborough), living right on top of the large Alpine Fault, the geography of the area and earthquake drills were an integral part of my schooling.

When the big one of my generation happened, it wasn’t the overdue Alpine Fault. Previously unknown faults broke to the west and south of Christchurch, 6.3 in magnitude. 18 months of aftershocks followed, including at least half a dozen of equal and larger magnitude.

The Alpine Fault eventually did move. Arterial offshoots to the west of the island’s back caused a 7.8 on November 14, 2016, badly damaging the coastal Kaikoura area, uplifting seabed by over a metre, and disrupting major road and rail arterial routes.

I have lived in Christchurch for 20 years, and 6 of those has been disaster and post-disaster conditions. Of course, this would work its way out through my writing.

In my story “From the Womb of the Land, Our Bones Entwined,” I wanted to examine the cowardice that sometimes erupts in the face of trauma. Often, heroic stories are about strength, physical and mental. But what do the heroes look like who walk away, who take time to find their way through, often in unconventional ways?

Sometimes that journey is a no win situation, as my character Hine discovers. It’s merely a negotiation with your monster, finding level footing, to stop the ground from moving under you for a while so that win is simply a little bit of peace, a place to breathe. Unfortunately, your monster will come back to haunt you, bigger, nastier, more powerful, unless you find a way to rein it in or come to terms with it. Sometimes your monster needs love, a little feeding, some recognition. If one is stuck with your monster, one should make the best of it, even if in the strangest ways.

The story also examines themes of found family and queer identity in a post-colonial society. Our indigenous people have strong connections to whanau (whether biological family or the wider community) and the land. The way our colonial society has sought to mould people to the white ideal is to breach these connections, often violently. This can be seen in Hine’s disconnection from her language and mythology, her fear of her aunty’s mental health, and her distaste for a power she feels doesn’t belong to her and an anger she doesn’t believe she is allowed.

The earthquake monster E took the form of a sinuous dragon, it’s long body the spine of Te Waipounamu and the great fault, the arterial faults that fan out to the coast like whiskers, tendrils, or grabbing fingers. I chose a dragon-like form because of the ouroboros relationship I have with them. I am in equal measure fascinated by their myriad mythology, rehabilitating their violent and adversarial nature in modern fantasy, and also creating new mythology for them.

And with E in particular, I come back to my original childhood vision of the dragon backs as the spine of the world, a full circle imagining, a completed journey or telling. Hopefully the dragon lies at peace for some time to come.