Ian Whates is not only an established author but runs the well respected and multi award winning British indie NewCon Press where new writers butt up against legendary names such as Tanith Lee and Neil Gaiman. With numerous short stories published and novels out with Solaris and Angry Robot, we at Fox Spirit were obviously extremely pleased when Ian said yes to doing a collection with us.

This is the third collection of Ian’s short stories, and our first with him. It’s a collection of thirteen of his darker tales for fans of the fantastic. 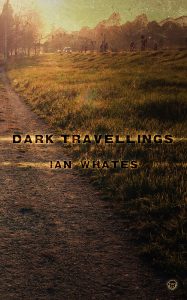