For the love of black birds

When it comes to writing short fiction, I find there is nothing better than being given some sort of limitation. Immediately my imagination springs into action trying to push those boundaries, and begins to ask, “What if?”

When the Fox Spirit monster call for submissions came through, my plot bunnies stirred, mainly because I’d be creating outside of my comfort zone. These monsters wouldn’t be the somewhat “safe” anthropomorphised beasties we find so often in contemporary urban fantasy.

No, this was a return to the creatures that lurked outside in the dark, the ones that haunted my nightmares as a child and glared out at me from the posters of classic horror movie films dating back to the 1980s…

Okay, I was up for the challenge, but, wait, there was more. The monster story I was to write had to feature a European monster. And the setting had to be European. Slight complication… I’m a European African. I’ve visited Europe once, and that was a whirlwind trip to Ireland back in 2011. What I know of my distant homeland is dangerous at best—gleaned from foreign films, books and travel articles.

I felt very strongly about my ancestors, who were of Dutch, French and Danish descent, and I wanted to dig a little into my heritage. That is where Google was my friend. I elected to go back to my Danish roots, and where I found a list of monsters. I didn’t want to pick something obvious, like trolls, but boy oh boy… I have to give the Danes this much—they have some truly bizarre critters in their folklore. I dare you to go look some time.

Almost predictably (that’s if you know me well) I opted for the valravn. I mean, *hello*, RAVEN. There was precious little to be found, but what I did dredge up was *nasty*. Basically, the valravn is a supernatural raven that comes into being either when ravens feast on the body of an unburied chieftain on the battlegrounds (or just the bodies of the fallen in general). Sometimes they’re a bird that turns into a knight after eating the heart of a child… Or they’re freaky half-wolf, half-raven monsters. You take your pick, mix them up a little, they’re scary. And there are stories where they do terrible things.

My biggest concern was giving my story the breath of life. I might not physically be able to visit the region in Denmark that features in my story, but I wanted my readers to feel as if I’d at least spent time there. Once again, a big thank you to Google and Wikipedia. Thank you also to Facebook and my Scandinavian friends who were on hand to offer advice, especially with regard to language and public transport. Out of all the stories I’ve ever written so far, this has perhaps been one where I’ve spent as much time “driving” using Google Maps as I’ve done writing.

Who said we have to leave the comfort of our homes to have an adventure? If and when I have the chance to travel to that part of Denmark, I’ll feel like I’ve already been there. Writing this story has given me wings and unexpected confidence to break away from familiar turf. 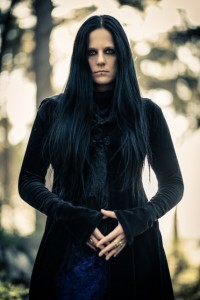