Hi! Happy New Year! I hope your festive season of choice was fun and relaxing. I’ve had a surprisingly virulent cold for the last ten days or so and am just coming up to speed. So, in the spirit of being nice to my brain and trying something new here, let’s talk about a few things briefly.

That’s there for two reasons. Firstly because it’s one of my favorite songs by one of my favorite bands and secondly because it’s what we all need. We are, as I write this, roughly six weeks and change into the New Year. I’ve spent over half that time really surprisingly ill. On the one hand this was kind of great, thanks to the Complete Veronica Mars boxed set I got for my birthday. On the other, it means I’m ten days in the hole on every deadline I have.

Worse still, part of me didn’t want to go back to work.

I love my job, don’t get me wrong. 2016 may have been a dumpster set alight, filled with human sewage and rolled down hill into a Nuclear Waste Dump but I did some of my all-time favorite work in that year. It’s not that I didn’t want to go back to it, I did.

Writing in this instance meaning work.

We all feel this way. We all look at our careers and our lives and wonder if we’ll ever get what we want. Odds are, we won’t get all of it. Odds are, we will get some of it. As long as one thing happens.

So, cut yourself a break. Don’t kick your ass for not doing enough and don’t push when you really feel like you can’t. But don’t stop either. Don’t ever stop. Like the man says, one step, one punch, one round at a time. You’ve got this. And we’re right there with you.

Sell Yourself, Not Your Dignity. Or Anyone Else’s.

Earlier this year, an author successfully dominated a genre fiction news cycle by faking a Twitter beef with then not-quite new President of the United States.

Stop and drink that in:

An author. Who wanted to sell more books. Faked attack tweets. From the imminent President of the United States. A man who probably holds grudges against a sub-par breakfast.

It went viral too. 12,000 or so retweets, some celebrity endorsements and then ‘Lol, soz just satire.’ 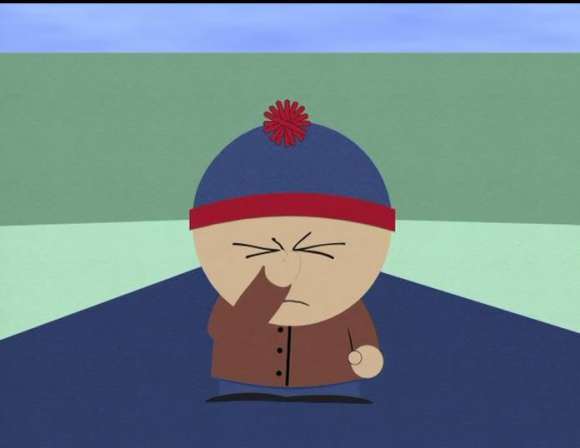 There are so many ways this is stupid, so many ways it’s the textbook definition of a DICK MOVE we don’t have the words for it. Want to know the best one?

I knew this had happened. But I still had to google the author’s name.

Here’s the thing about parody; it needs to be funny.

Here’s the other thing about parody; in the post-looking glass, Brexit-riddled, Trans-Atlantic dumpster fire we now live in parody, or its snarky oh so ironic sibling, satire need to be really REALLY careful about when they leave their rooms.

Doing this, rightly or wrongly, played on people’s fears to sell a book. The folks out there terrified they’re going to lose the health care they need to survive? Or their jobs? Or the laws that stop discrimination against them? They have very good reason to react without checking. When marketing games them like this it not only plays on their fears but only makes them angrier and more depressed.

So what can we take away from this? Other than a headache and a gnawing sense that we should just put Johnny Cash albums on and drink until we pass out?

We talk a lot about how to promote yourself here because it’s one of those things authors never figure out all the way. It’s really easy to think there’s a magic bullet, and pop culture certainly looks like it. When all everyone is talking about is one person or thing, you want to get some of that action. That’s how impressionists happen. That’s why SNL is decades old. That’s why every English satirist is currently sitting in the same pub wondering if it’s too late to retrain.

But that’s not all there is.

There’s you as well.

Be you. Be honest. Be polite and be persistent. That means engaging. That means listening. That means changing your approach. And most of all it means, you guessed it, perseverance. One step, one punch, round at a time. You got this.

Unless you fake beef with POTUS. Then you don’t have a damn thing.

And Finally
Self Care! It’s what’s for dinner! In fact the very acceptance of dinner as a concept implies you’re taking care of yourself! And trust me you really need to. The news right now is, much like it was last year, a never ending hellstorm of awfulness. It’s very easy to get dragged in. Don’t do that. That’s bad. Instead, hydrate, eat protein when you can, take regular stretch breaks and be nice to yourself. This is a good place to start if you can:

Lion Spaceships, y’all. You know it makes sense. See you in March.