Well, the nights are drawing in and winter is coming, so it seems a good time to share a little more about forthcoming anthology Winter Tales, edited by Margret Helgadottir and due for release in early 2016

Frost pierces through everything. Your bones ache in the icy wind. Harsh winter storms rage and the sun is leaving, not to return for many months. The cheerful men arriving to the mountain bothy in the midst of the winter storm, why do they unnerve you so much? The hunter who follows after you on your way home from the store, what does he hunt? The old neighbour lady seems so innocent, but you know the truth: you saw her that night. Why will the police not listen to you?

Dark, grim, beautiful and grotesque. We are delighted to bring you a collection of speculative winter stories and poems from new and established writers. The collection is edited by Margret Helgadottir. Winter Tales will be released in early 2016 from Fox Spirit Books.

Cover art will be by S.L. Johnson 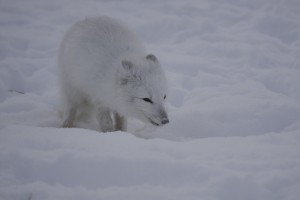