You’ve got to feel sorry for ancient temples.  There they are just minding their own business when along comes some plucky archaeologist and the next thing you know it’s all explosions and ancient curses and thousands of years of carefully preserved architecture reduced to rubble.

Not that the temples don’t try to defend themselves – temple security systems are renowned the world over for their durability and deviousness, and only in an ancient temple will you find a fully functioning set of traps and tripwires that have somehow managed to survive mundane things like natural wear or interference from the beasties that have taken up residence in the nooks and crannies. 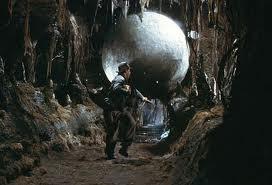 And yet, while the temples and all their fixtures can last thousands of years relatively intact, the second your plucky archaeologist steps in, the countdown starts for the inevitable mass destruction.  Whether the adventurers are bumbling into something pointy, picking up the one piece of shiny treasure that activates the self-destruct devices, or engaging in an all out guns-a-blazing-here-have-a-grenade war with rival tomb raiders; human visitors are death to temples.

The temples know this.  They have always known this.  They’ve been fighting the human menace for centuries.

Sometimes hiding is the best survival strategy.  History shows a number of ancient sites buried due to alleged natural disaster –  earthquakes are said to be responsible for submerging sites off the coast of Alexandria,  volcanic eruption and its partner-in-crime tsunami are the prime suspects for taking out innocents such as fabled Atlantis, sandstorms covered some of Egypt’s most wanted, freaky mutant tree things have crept over to protect temples in a multitude of sites from South America to Cambodia, and you really don’t want to know what’s been buried under all that snow and ice at the poles.

However, no temple can stay hidden forever and many temples have sought the aid of alien allies to assist in their protection.  Extraterrestrial defence contractors have an approach that exceeds any other in both brutality and complexity and have a particular gift for camouflaging the temples under their protection.  But if found and entered, temples can be assured that they will receive the best security available with lethal force applied instantly against invaders and additional clean up provided by alien commando forces who are summoned automatically should the perimeter be breached.

But what of the poor temples left out in the open? How can they protect themselves against the hoards that are inexorably drawn to them?  Given the evidence in the noted documentary Stonehenge Apocalypse the answer would seem to be electromagnetic energy.  Well, electromagnetic energy and a coalition of A-list temples who can transform into giant volcanoes and spew temple-lava across the globe to take out every human on the planet in one massive final strike. 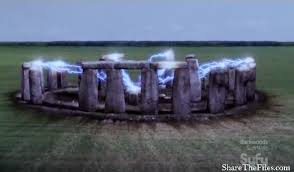 So, all told, it’s probably not the best idea to be taking liberties with your local ancient temple as the short term thrill of picking over the shinies is far outweighed by what it’ll do to you once it decides to fight back…