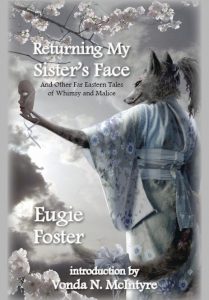 Who wants some good news?

Let’s talk about the single solitary thing that the horrific dumpster fire the Hugo’s now are has given us; motivation. In the space of the last year in particular we’ve seen several examples of fan projects motivated not by the Hugos as they now are but what they should be. David Steffen’s brilliant anthology The Long List is a bridge from actual history to best case scenario and one of the best anthologies of the last decade. Dragon Con’s announcement of their own awards builds on that, choosing to honor a remarkably specific set of categories but doing so for the right reasons. Namely that there is brilliant work out there that’s being ignored, whether by accident or through the sociopathic predilections of an irrelevancy who continues to try and talk themselves into mattering.  And I’m saying that in the UK. The last month has taught everyone in the country a lot about sociopathic irrelevancies.

Both David’s project and the Dragon Con award give me hope. Not only because they are new ways for great work to be recognized but because they’re NEW. Genre fandom’s ongoing, toxic love affair with its own past is as tedious as it is damaging and I welcome anything that doesn’t have five decades of history to obsess over with open arms.

And that brings us to the Eugie Awards.

Eugie Foster was a writer and editor. She gave me one of my first jobs in genre, reviewing for Tangent Online back in the early ’00s. She was, and remains, one of the best editors I’ve ever worked for. I found that out when a bizarre set of stupid circumstances led to me losing the book I’d been sent to review. I bought a new copy, filed the review and apologized for it being late, explaining why. She thanked me for showing initiative but said next time to just tell her and they’d send a new copy out.

She told me she wouldn’t see any of us out of pocket for doing work we weren’t paid for. I’ve never forgotten that.

Eugie was an amazing writer too and she was frequent flyer on the then three Escape Artists podcasts. Her work has this incredible ability to be entirely grounded and human but deal with elegant, gossamer concepts of faith and magic. It’s never twee, often horrifying and often screamingly funny. Not many authors manage the trifecta but Eugie did it all. Science fiction, horror, fantasy and, not long ago, her work arrived at our YA show Cast of Wonders too. I choose to believe she’d have really liked that.

Eugie died, far too soon and far too young two years ago. Her last shot at a Hugo, or even a Hugo placement, was destroyed by the crushing, bloviated idiocy of the Sad Puppy campaign that year.  I don’t hold grudges. That’s an exception to the rule.

But that’s the past, and Matthew, Eugie’s husband, is more concerned with the future. He’s built an award, in Eugie’s name, intended to do the following:

The Eugie Award honors stories that are irreplaceable, that inspire, enlighten, and entertain. We will be looking for stories that are beautiful, thoughtful, and passionate, and change us and the field. The recipient is a story that is unique and will become essential to speculative fiction readers.

Stories that change us. There isn’t a better mission statement for good fiction than that and, recently, the short list for the first award was released:

If you wanted a cross section of the best in modern short fiction, that list is it. The Muir piece is a wonderfully scruffy modern take on a classic myth. The Valente is a colossal linguistic western that dances with rhythm and meter in a way that’s almost musical at times and the De Bodard is an extraordinarily subtle, kind story about what AI love means in the far future,

But, for me, if I’m honest, it’s down to the Vernon and the Wong. “Hungry Daughters’ is one of those stories that’s in your head and talking before you realize. It’s informal and smart and horrific and very, very funny in spots. It’s not just a story it’s a calling card and by the time I’d finished it, Wong had made the ‘Read Everything They Write’ list for me.

‘Pocosin’ is both a brilliant story and one of the best introductions there is to a brilliant author. Ursula’s work has this incredible strength and pragmatism to it that’s balanced with a Bone dry sense of humor and compassion a mile deep. In this case, that’s all expressed through a witch nursing a probably dying possum God and the various people who visit here to try and take the god off her hands. It’s a surprising, gently story with teeth just under the surface and a couple of the best jokes I’ve read this year.

Five stories from five authors, all of which are great and all of which will make your day better when you read them. No agendas, no slates. Just great stories told well and honored in the name of one of the finest authors of her age.  If that’s not good news I don’t know what is.