Something a little different on the blog this morning. We’ve picked up a few submission calls to share with you all.

The first is for a Leicestershire charity that seems like a pretty good cause, so we said yes to giving them a signal boost.

Since 2013, The Big Care Sign-Up has been raising money for Leicestershire based care charities via celebrity charity events and memorabilia auctions.   Following the success of our 2015 event at Leicester’s Guildhall, we are now launching The Big Care Write-up.
In September, The Big Care Write-Up will be releasing it’s debut charity short story anthology eBook, “Carers of the Cosmos” and we are currently seeking submissions for our consideration from local writing talent.
We would like 1,500-5,000 word stories which use the theme “Carers and Science Fiction” as a starting point for a unique and interesting idea.  There is no limit to the number of stories one writer can submit.
Successful stories may also be recorded as audiobooks at a later date so we ask that all submissions are original pieces that have not been published elsewhere.
All finished short stories should be sent to Dale Anthony Church at submissions.bigcarewriteup@gmail.com in either DOC, TXT or RTF format and should also be accompanied by a 200 word biography of you and your previous work to be published with any chosen pieces.  The closing date for all submissions is midnight on31st August 2015.
The eBook will be available from September as a free download to anyone who donates to our chosen charity, The Carers Centre: Leicestershire and Rutland (Registered as a charity no. 1043956), via our book-specific donations page.”
We also have a website with further information about our chosen charity, our previous events and links to our social media at bigcaresignup.wix.com/celebcharityevent. 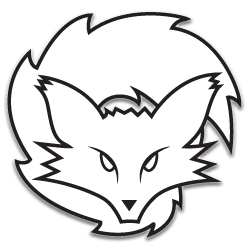 Next up a kickstarter highlighted by Juliet E McKenna, blurb taken direct from the site.

Unlike the previous two Kickstarters run by Zombies Need Brains, we are NOT using the Kickstarter to help set up and solidify the small press. Backers of this project will essentially be generating the base funds needed to produce these two anthologies—including payment for the contributing authors, payment for the cover artist, production costs for producing the anthology, etc. Because of this, the reward levels for the anthologies have been lowered to more closely resemble the cost of the final product when it goes on sale to the general public. In essence, backers of the project are simply “preordering” the anthologies, although there will still be aspecial mass market Kickstarter edition produced for backers who help fund the project at the paperback level. This special edition will have a limited print run to cover the orders made by the backers and will not be printed again after the Kickstarter print run. After that, there will be a trade edition issued to the general public that will have an unlimited print run. So get in on the Kickstarter now and get the special mass market Kickstarter edition! Help the new small press Zombies Need Brains LLC expand!’