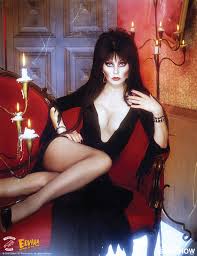 February is women in horror month so this year I have invited some of the finest creative dames I know (some, there are many more awesome ladies out there) to take over the Fox Spirit Blog with articles about horror.

The brief was simple, I want female perspectives on horror, all kinds of horror, in all kinds of media. So while we will celebrate books and female creatives during the series, the real celebration is that all the articles are by amazing women.

I bring you Women in Horror Month presented by The Speakeasy Radio & All Media and friends.

We kick off tomorrow with the Skulks K.A. Laity on The Haunting of Hill House.

Welcome to the waxing lyrical series in 2016. The series is open to any creative (writers, artists, publishers, editors, musicians etc) who want to air their opinions on the creative industries, from any perspective. If you are interested in contributing please contact adele@foxspirit.co.uk for more information. The only real rule is no personal attacks, we don’t have to agree with you but we won’t support attacking a person or group of people.

Women in Horror: Hear My Voice

This February the horror community celebrated Women in Horror Month 7, a month dedicated to recognition of women writing in the horror genre.
Let me repeat that. One month to celebrate women who write horror – one month out of twelve. So, I concur that women only write for one month a year. Maybe it’s a menstrual thing?
What? It isn’t so? They write every month of the year? No! You’re kidding!
Yes, there seems to be a perception amongst general readers, publishers and media that women just don’t write horror.
Unfortunately, this sometimes translates to misconceptions within the community too. And there are many reasons as to why. Reasons I hope to explore as part of a Creative Industries and Cultural Identities PhD Studentship commencing Sept 2016. So I want to share with you some preliminary findings, some thoughts, and insight into the research I hope to undertake including a suggested reading list.

Nov 2011 I attended a first time Horror con, Horror in the East created to get fans together of Horror and David Moody in particular. This con was predominantly organised by a woman. There were a few panels and some excellent items on horror in general, however, at the final round up of panelists/guest authors etc gathered together for a photo opportunity, I noticed that all, and I do mean every single one of the authors, panelists and moderators was male. So, I asked the question as follows; “I’m not a bra burning looney, just a woman who is concerned, so I wanted to know ‘where are the women?’ Every person standing up there, and I know they are a talented group, are male. What about female moderators or horror authors? Where are they?”
After a few embarrassed blank stares and looks exchanged it was with, ironically, a surmounting feeling of horror, that I received the following answer from the female organiser. “I didn’t ask any – female writers just write Mills & Boon s*** (cue expletive) Now, I stood up, and I didn’t retaliate, I just stood there in dumb awe as she continued to rant about the writing quality by female authors, when a friend interrupted with “Don’t bother, you’ve done what you wanted”, namely, because the organisers dug their own grave. And my argument was aided by Michael Wilson of ‘This Is Horror’, who raved about the female horror authors producing quality work.
So, within the horror community and beyond, there is by some (eejits dare I say?) a conception that ‘women don’t write horror’. In conjunction with this, and my personal experience at conventions and in the community, I pursued some informal initial data-gathering research.