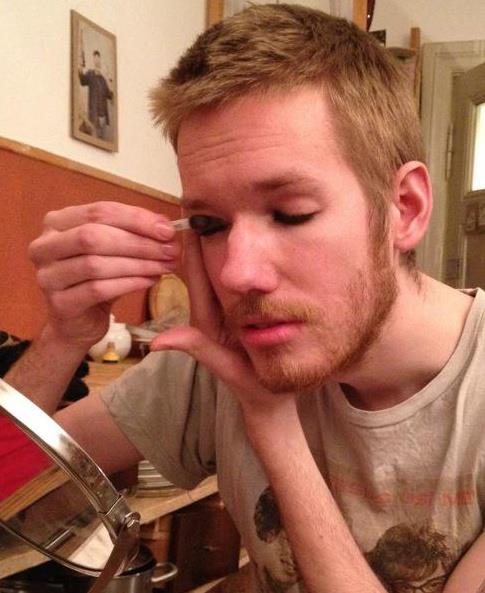 Regardless of the social progress made in recent years, our world is still not yet kind to the subversive: women who love women remain the target of stares and lewd comments; men who love men have blood which is considered unclean by the majority of the planet’s health authorities (because ‘AIDS was invented by homos’); whilst men who dress as women are still victim to physical and verbal abuse. Public acceptance may be on the increase, but as every queer person and drag queen knows, we have a long way to go.

Meanwhile, a different yet parallel rights movement is fighting for its own social and legal equality: rights for the disabled. Those with cerebral palsy are still the target of stares and verbal abuse; those with mobility needs are still denied access to the majority of the planet’s public transportation (back of the bus? You’re not even getting on!); whilst closed-circuit hearing loops are still absent from most public spaces. Progress has been made, but as every blind or autistic person knows, we have a long way to go.

Of course there are more similarities between disability and gender nonconformity than my structuring two similar paragraphs on each. Firstly, each has the ability to make the public uncomfortable, as each causes us to question our own identities: whether the shaky and often-transitional nature of our perceived gender, or our immortal able-bodiedness. Each presents us with  a deviation from the norm which a great number of people still feel uncomfortable with, and which presents this difficult truth: that the privilege one receives for cis-heterosexuality or able-bodiedness is a result of random chaotic chance.

The second similarity is that both gender nonconformity and disability have been heavily medicalised by both public discourse and institutions. The very term ‘homosexuality’ was coined in an attempt to diagnose a mental condition; trans people are subject to intense physical and mental scrutiny by medical professionals who pass ultimate judgement on their personal identities; the disabled are also still viewed through this same medical lens. Are deaf people merely a medical condition, or a culture with its own language and social groupings? The nonconformists share a history of dehumanising medical discourse. Both groupings have been the target of eugenics programs. It is this similarity which prompted me to write my sci-fi short story ‘Straight Baby’.

It is this shared discourse lies at the heart of the story. In a world in which parents have (or believe they have) genetically engineered every aspect of their children, the disabled and the queer face the same threat of marginalisation and persecution. This shared struggle is embodied in Thomas, a disabled homosexual who faces intense persecution because of the random chaotic chance of his birth – a deviance which can never be truly eradicated, regardless of technological advancement.

Yet the story also examines the interplay between his identities as a gay, disabled man. Whilst other gay men are beaten and arrested when caught with other men, Thomas’ physical disability has, thus far, allowed him to escape the clutches of the heterosexist legal system. In this future, as in our own time, the disabled are frequently viewed as asexual. Thomas’ physical state covers his deviance as a homosexual: his disability is his drag.

Yet Thomas’ drag is not merely external. He manages his position in society via an internal drag, mentally conceiving of himself as a female femme-fatale – a perspective which allows him to navigate his affairs with married men. In short, Thomas is a sexual being in the ‘asexual’ drag of disability, perceiving himself in female terms. Each ‘deviance’ contradicts and reinforces the other. He is a threat masquerading as harmless.

At its root, the story is based in the fact that every struggle is a shared struggle. Gay men and wheelchair users, lesbians and the blind, drag queens and the autistic have all been marginalised by social and medical discourse. Without solidarity and recognition of our shared fight, we risk a future in which society once again uses technology in an attempt to eradicate the nonconformists – a future in which no drag can save us.

DRAG NOIR is out tomorrow!