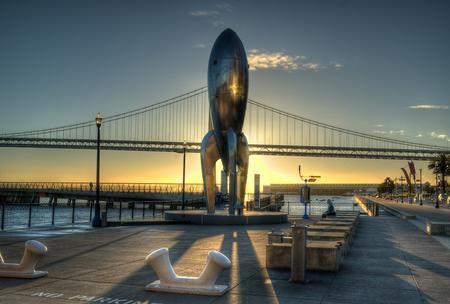 This Is one of my favorite pieces of art. It shares its name with a movement; Raygun Gothic. I love it. It’s chrome and enthusiastic and sleek. It’s the promise of a brave new world, a ship eternally staring heroically out at the recruiting poster that is the universe, ready to boldly go and look great doing it. It’s also a particular aesthetic and kind of art that enfolds everything from gas stations and that mooring point for zeppelins on top of the Empire State to classic William Gibson story ‘The Gernsback Continuum.’ Oh! And the wonderful short film version of it is online over here. Mildly NSFW. Totally worth it.
I’ve been thinking a lot about RayGun Gothic recently, because of a couple of things I’ve noticed in genre recently. The first is the always present belief that the genre peaked decades, or even centuries ago and that the best work available is from that time. The second is the newfound nostalgia wave that will crest and break later this year with the release of Ready Player One. 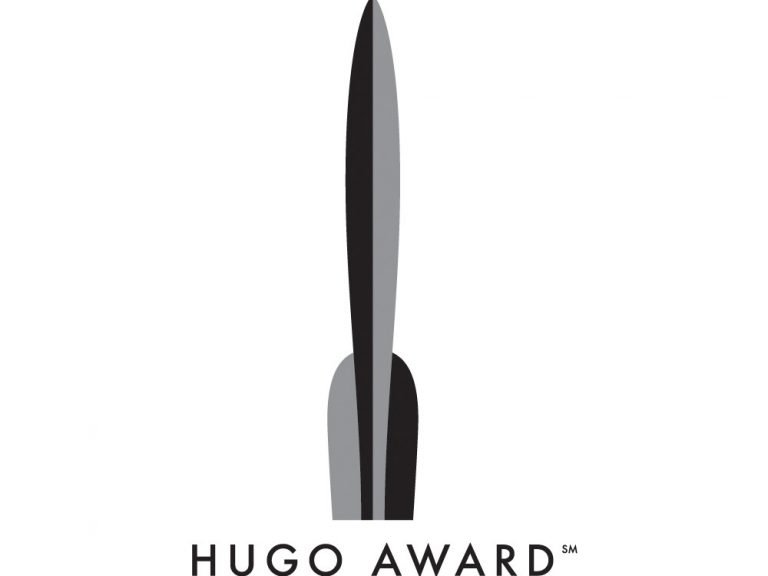 That first one is, for me, embodied by the Retro Hugos. These are the Hugo awards given for works of science fiction released before the Hugo Awards existed. For many people the RH’s are vital. For me, though, the simple reason for their existence embodies the tip of an iceberg of backwards facing futurism which is as infuriating as it is all pervasive. The desire to seek the future in the past is comes ready equipped with a pair of rose tinted goggles, but it’s also inherently reductive. Because if you’re looking back you’re refusing to look forward. And you can stare at the flights on Time’s Arrow all you want but all that means is you’ll never see the future coming.
And the thing is, the future’s here. It’s always here, arriving a second at a time, a book at a time, a cultural phenomenon at a time. There has never been a better time to work in this field. There have never been fewer barriers, never been more tools, never been more chances to do more good by talking to more people than ever before. And yet, so many of us look backwards. And these days, we don’t have to look that far back.

Full disclosure time; I loathed the book. I don’t bail out of books very often but when I do I tend to do so hard and fast and I don’t think I made it fifty pages into Ready Player One. I was there for a good chunk of this culture, I liked (And hated) it the first time round. Telling me how cool the cultural life raft I clung to because it was the only one had is not going to endear your novel to me. 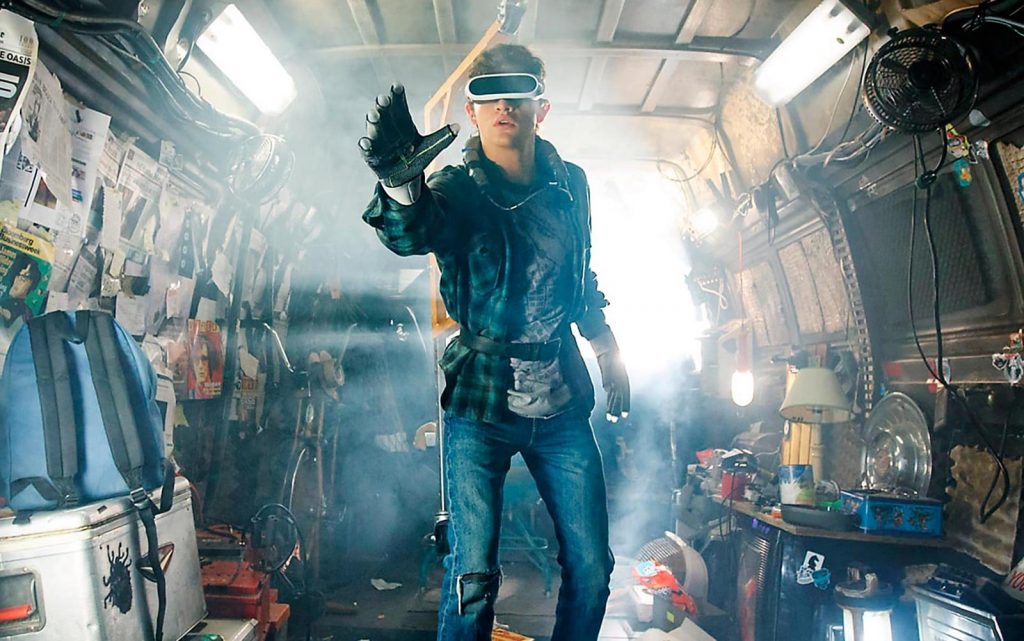 And yet, in a weird way, Ready Player One is actually the exact opposite of the Retro Hugos. It’s a postmodernist re purposing of these characters and stories, the cinematic equivalent of the first Avalanches album. That, by the way, famously consisted of 900 samples and took a year to go through legal clearance outside its native Australia. It’s a new story built out of old parts and that, much like the Gus Van Sant shot-for-shot remake of Psycho, is where the art lies. Play a new tune on old instruments. Play old tunes on new ones.
Like the Retro Hugos and their ilk, there are vast flotillas of people who I know and trust who love the book and cannot wait for the movie. I’m not one of them. I will however, happily wave to them as the Ready Player One boat sets sail out across pop culture lake. And who knows, I may end up watching it on Netflix in a couple of year’s time.

But still, this idea, even travelling in two directions as I’ve shown it does here, troubles me. I suspect it’s part of a wider issue, living as I presently do, in the final months of Bigot Island’s time in the EU. There’s an increasingly tangible sense of the clock not so much being turned as shoved backwards and that seems to be permeating culture too. The thought of Dunkirk and Darkest Hour sweeping the board at the Oscars would make me skin crawl in any year but this one? More so than ever. The past is a foreign country, and yet too many of us still apply for permanent residency.

There isn’t a nice tidy wrap up here because there isn’t a nice tidy wrap up to the issue. I could write tens of thousands of words on steampunk alone and how for every fascinating dissection and questioning of the past you get there, you get at least one ‘Dirigibles! Aeronauts! Old timey racism!’ piece of trash. Likewise the endless need for comics in particular to rehash old ground, the elements of fandom that still, somehow, believe that older stories were apolitical and better and so on.
This stuff is everywhere. And that’s the problem. And that’s also the solution.
Like I said earlier, there has never been a better time to work in this field. There have never been fewer barriers, never been more tools, never been more chances to do more good by talking to more people than ever before. And yet, so many of us look backwards.
And so many more of us look EVERYWHERE.
The past holds both answers and joy, whether as a place for a cultural vacation or a foundation to build something new and better on. Look at Black Panther as an example, a film that took the inconceivably racist character Man-Ape and turned him into M’Baku who steals a good chunk of the movie’s second half. The past doesn’t have all the answers. But it can show us some of the questions we should be asking.
And so, to the future! Which doesn’t exist yet and the parts that do are often weird shaped, taste funny and have pro nouns that seem different and unsettling. AND THAT’S THE POINT. We can only take the future in small doses but those doses are vital. It’s like adjusting to sticking your head under water while you swim, it feels fucking HORRIFYING for the first few times and then…it just…clicks. You get comfortable. You speed up.

And you do so by not just re-learning something you used to do, but by trying something new at the same time.

Kind of like using an old rocket ship design as art.

Enjoy your ray guns, folks. And use them to carve something no one has ever seen before into the industry. It’s your time.