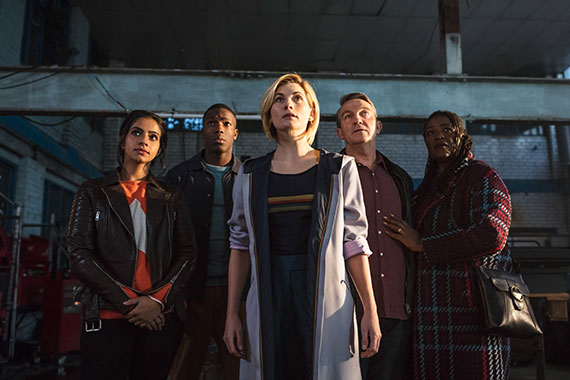 Like my friend Saxon says, always start with a song.

John Lydon there, a few years out from being Johnny Rotten and a few years before splitting his time being a mouthpiece for Big Dairy and deciding Brexit was punk rock. It’s one of his best pieces of non Sex Pistols work, all righteous late ’80s piss and vinegar. Compelling argument too, because anger is an energy,  he’s right. If you ever want to gorilla up and over a problem, all you really have to do is get good and mad at it. ‘DRIVE OVER!’ As my tiny Welsh Rugby coach used to say, encouraging 500 pounds of adolescent scrum to do their best impression of a tank.

Hello Mr McGregor, by the way, if you’re reading.

Anger tends to power Difficult Men in fiction too. House? Pissed. Sherlock Holmes? Bloody furious. The Doctor? Often mad as Hell and not going to take it anymore. Peter Capaldi’s epochal run as the 12th Doctor was driven, at least in its first year, by the Doctor’s barely contained rage at everything he knew, could sense and that was not happening fast enough. That rich vein of tetchy has run through most of the previous incarnations too, always appearing in different ways. 11’s baby-faced old man persona, 6’s fundamental inability to not shout, 4’s occasional mercurial explosions of rage. 9’s tormented, embittered survivor’s guilt that often threatened to tear him and anyone near him in half as he grinned as widely as he could to keep from screaming. It’s why ‘Just this once, EVERYBODY LIVES!’ Still makes you cry a full decade and a bit after transmission. It’s the feral desperate joy of a man who wants to save everyone who, just once, can. But the thing none of these Difficult Men, or to use the correct trope, Insufferable Geniuses know is that Anger is An energy, not the only energy. And based on her first appearances, the 13th Doctor has found and is building herself around something else; kindness.

To deal with the obvious comment head on, I don’t think this has anything to do with her gender. Anger isn’t something dependent on gender and never has been. Rather, I think 13’s approach to kindness uses the decades of Insufferable Genius that preceded her as a foundation and the environment she’s dropped into as building material to create something as new as it is necessary.

Peter Capaldi’s 12 is, at the very least, my second favorite Doctor of all time so I’m not bagging on him in the slightest. But, especially in that first year, 12 was defined by his rage. ‘Am I a good man?’ Remained the driving question throughout his run and resurfaced when he flat out refused to regenerate at the end of his time. Anger at the world, at the injustice he’d seen, at the fact there were still Things To Do drove the gloriously disreputable old punk right up until his final moments when he was finally allowed not only peace but to realize that someone other than him was allowed to shoulder some of the burden. I was basically a wreck for the entire back 20 minutes of Twice Upon A Time (The Lethbridge-Stewart reveal? Not enough tissues in the world) but those final moments, 12’s curtain call, were what really got me. Especially what seemed to be a good part of the mission statement for 13:

It’s a moment made all the more powerful in retrospect. 12, finally at peace with himself and his end, taking his final bow and throwing a typically dignified plea out into the world as he goes. One his successor picks up in her first three seconds of life, laughing at the sheer joy of having arrived, of having so much to do and so much time to do it. The torch being passed not reluctantly but with trust. The torch being picked up not out of obligation but choice.

And 13 is unfailingly, disarmingly kind. She’s instinctively the Doctor from the first second we see her. Talking fast, solving a problem, collecting information. She knows who she is before she can remember who she is. She’s also painfully aware of the toll events take on the people around her in a way almost no Doctor has ever been before. The Tenth Doctor’s retrain of ‘I’m sorry, I’m so sorry’ was, at times, performative. Another excuse to rails against the universe so vast and malicious that even the Lonely God couldn’t save everyone. 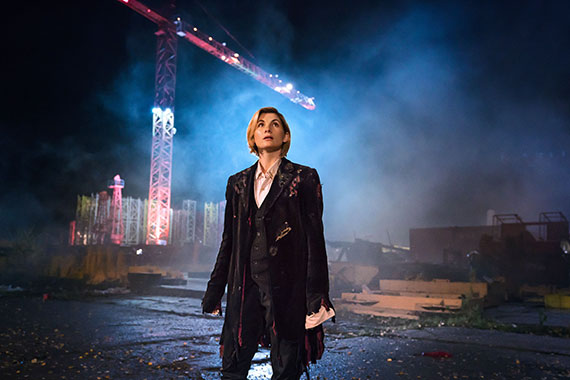 13 has no such front. Or indeed, any at all. She apologizes when things go wrong, compliments her friends (And they’re her friends now, not her companions. That’s important too) for dealing with their situation and is engaged with everyone, not just everything. 13 builds the suit of herself from her environment. Her accent, her friends, her Sonic Screwdriver, her costume. All of it comes not from some conveniently hand waved alien box but from a northern town on a crappy night. I actually applauded at her costume coming from a charity shop because its such a perfect choice. A Doctor with no time, or resources, for the sartorial fripperies of her predecessors, rolling her sleeves up (Literally!) and getting it done. Brilliant. A Sonic Screwdriver made out of Sheffield steel and stolen bits of a Hershey’s Kiss from space. Even more brilliant. The iconic superhero elements of the Doctor stripped away to reveal the same person they’ve always been; never cruel or cowardly. Here to help. Hates empty pockets.

And behind all of it, kindness. Whitaker has the exact steel the Doctor requires and facing down Tim Shaw the tooth-faced pound shop Predator (And I mean that as a compliment) on a tower crane is a Hell of a first ‘I’m the DOCTOR’ moment. But where she lives and breathes in the role is in her compassion. The offhand reference to how ‘everyone is capable of the most incredible
change’. The fact that she quietly positions Ryan, whose fault this indirectly is, so that he can be the one to bring the situation to an end. The fact too that she watches him try and ride his bike and doesn’t intervene. This incarnation of the Doctor is kind but not smothering, compassionate but respectful. She’s here to help, she isn’t here to do it for us and that’s a distinction the show has rarely, if ever attempted before.

It’s also one that implies a welcome fallibility. The Doctor’s decision to leave her friends to heal is one again borne of kindness. But fate, as we see in the final moments of this episode, has other plans for 13 and her odd, fractious survivor’s club. Yazmin, so determined to prove herself. Ryan, refusing to break under the pressure of his dyspraxia and working to not be defined by it. Graham, united with Ryan in grief if not love. Survivors all, none of them happy about it and all of them about to take their first steps into a world that will show them just how much bigger they all are on the inside. And do so not as a punishment, but as a kindness.

Anger is an energy. Right now it’s a mandatory one. I’m writing this on the morning an IPCC report is published, that will almost certainly be ignored, which says we have 12 years to correct or curb climate change before it begins having disastrous, Roland Emmerich-ian effects. I’m writing this in a country which in six months will merrily walk off an economic and cultural cliff because rich white sociopaths turned the very people they exploit the most into a weapon that will harm us all. I’m writing this on the other side of the Atlantic from a country I love whose President’s behavior degrades by the hour, which has just railroaded a probable sexual predator onto the highest court in the land and which looks dead set on rolling the clock back to the 1950s in every single one of the worst ways. Anger is an energy, a mandatory one.

But not the only one.

If anger is a weapon then kindness is a tool and Doctor Who has returned to place that tool in everyone’s hands where it fits so well we almost forgot we could wield it. Laugh hard. Run fast. Be kind. Make your own future and bring people along with you when you go. That’s what this Doctor would do. Now, let’s get a shift on.