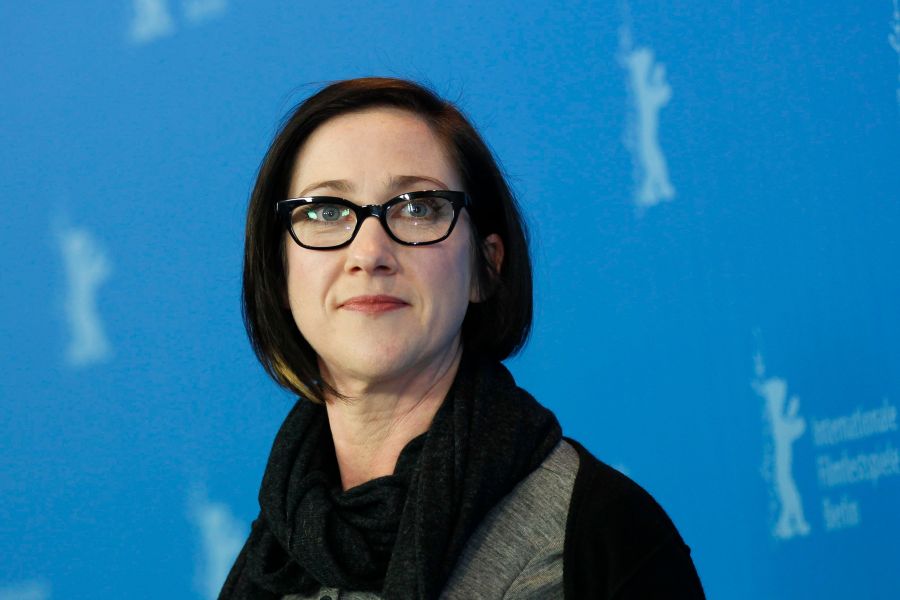 SJ Clarkson is about to have a very good year. You don’t know their name, odds are but believe me you’ll have seen some of Clarkson’s work. She’s directed for everything from Life on Mars to The Defenders and is one of the never ending stream of excellent female directors who drive the US TV drama industry along. Clarkson’s work, most notably on the first two episodes of Jessica Jones, is known for being clean, character-centric and elegant. She’s excellent and when it was announced last year she’d be helming Star Trek 4 it was a pleasure to see her get the slot, and to see the franchise’s directorial blinkers finally be lifted It was also confidently announced that Chris Hemsworth would be returning as Kirk’s dad. Most people instantly assumed it was time for the Mirror universe but I figured time travel and some sort of Quantum Leap situation.

Regardless it’s a moot point now as Pine and Hemsworth were caught up in a contract dispute with the studio that ended with them leaving the table. Now, Clarkson has left the project to direct the pilot of the upcoming Game of Thrones prequel and serve as executive producer for the series. Star Trek 4 appears to have been indefinitely shelved as a result.

And that’s brilliant news, for basically everyone, here’s why.

Clarkson first off. I wasn’t kidding about the legions of female directors keeping US TV afloat, there are dozens of them and they’re all brilliant and underappreciated and underpaid. Sandra Oh’s gag at the Golden Globes this year about ‘FIRST MAN!’ being the default choice for directors and a movie about Neil Armstrong is funny, and sad, because its true. So any time someone makes it over the fence, as Clarkson has done here, I’m delighted. GoT: 90210  or whatever the Hell it’s going to be called is the definition of a prestige gig and there must be a ton of confidence in her for her to be put in place. Deservedly so too.

Then there’s Game of Thrones itself. The world’s angriest Ren Fair is the largest TV show on the planet by a considerable margin and, now it has finally overtaken the books, has been having visibly more fun season by season. However, it’s also got a justifiably shitty reputation for how it deals with female staff. And characters for that matter. This is a great breakdown of the show’s massive fondness for ladymurder season by season but weirdly the horrific statistic isn’t the big number, it’s the small one. In the entirety of its run the show has had 3 women on the writing and directing staff.

With none either writing or directing for the final season.

On its own, that’s a hilariously shitty metric. Placed against the show’s cheerful willingness to use rape the way some people use punctuation marks, it’s disgusting. The largest show on Earth has employed three whole entire women in its biggest roles. That’s an unforgivable failure, if absolutely nothing else, of leading by example. But it does give you a starting position to row back from and, seven YEARS LATE, that’s exactly what the production office is starting to do by hiring Clarkson.

(As an aside, Mo Ryan should be your go to for this sort of thing on Twitter. One of the best entertainment journalists on the planet.)

But what of Star Trek? Well, it’s good news for that too. 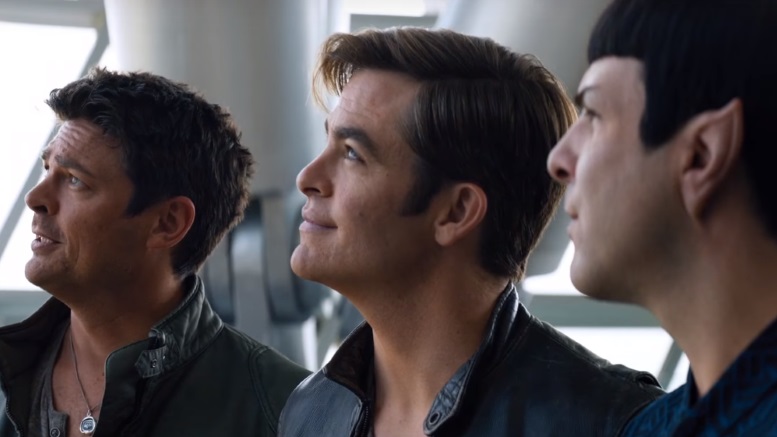 The Kelvinverse movies get a lot of hate and the vast majority of it is undeserved. The original Star Trek is great, everything in Into Darkness that isn’t Khan being whitewashed is fun and Beyond is a legitimate love letter to the franchise. In fact, Beyond is a perfect capstone for these movies for all sorts of reasons. Also THIS IS STILL THE BEST THING. It gives Kirk the test he’s always needed and ties the present of this universe to the past it shares with the core timeline. It also sets up an ending that’s elegant, could absolutely stand a sequel or two but is in no way incomplete without them. And can stand toe to toe with the ending of The Undiscovered Country and The Voyage Home, where they get the 1701-A and the music swells and I become a human avatar of ugly crying.

But most importantly, bringing the Kelvinverse into land here salutes the cast members who are no longer with us. Don’t get me wrong, part of me would love to see a fourth movie with Jaylah sitting next to Sulu. But the rest of me is quite happy with that role being filled by Anton Yelchin’s instantly likable take on Chekov, off-screen and quietly, enthusiastically immortal.

Besides, Trek’s far more at home on bookshelves and the small screen now.  The astonishing work consistently being done by novelists like James Swallow and Doctor Una McCorrmack has continued to expand the core timeline. Meanwhile, the launch of Discovery last year, the imminent second season as well as the new Picard show and recently announced pair of animated series all speak to a new found dedication to Trek on TV.

Tellingly, the existence of The Orville does the same thing.  While the show is still very Seth MacFarlane’s bad days on its bad days, the rest of it is a fascinating look at established Trek tropes through new lenses. It is to Star Trek what Scrubs is to ER, a profoundly affectionate and respectful riff playing all the right notes, just in a different order. That’s why the the people who cite it as the ‘true Star Trek’ because it doesn’t let politics get in the way mystify me so much. Not just because they’ve presumably never seen Star Trek before but perhapsnot The Orville either. Social issues are at the core of both of them. It’s just sometimes on The Orville, there’s a punchline as well. Regardless, it’s existence and success speaks to the strength of Star Trek as a small screen concept, whether it’s branded as Star Trek or not.

So like I say, this is one of those rare occasions where a project falling through is good news. Clarkson has a great new job, Game of Thrones gets to take the NO GURLS ALOUD notice off the front door of the production office and the Kelvinverse gets the ending it deserves. Plus Trek as a concept gets to grow in new ways. Seek out new life and new civilizations. Perhaps even, boldly go?

Seriously though this is great news all round. Congratulations everyone. Now, who’s working on that Chief Miles O’Brien show? Take your time, I’ll wait. And turn up the beats and the shouting, yeah?

When Alasdair Stuart is not hosting PseudoPod and Escape Pod, or running Escape Artists Inc., he’s professionally enthusiastic about genre fiction on the Internet at places like Tor.com, Barnes & Noble, The Guardian, Uncanny Magazine, SciFi Now and MyMBuzz. He’s an ENie-nominated tabletop RPG writer for his work on Doctor Who: Adventures In Time And Space. His other RPG writing includes Star Trek, The Laundry Files, Primeval, Victoriana, All Flesh Must Be Eaten, N.E.W. and Chill, meaning he’s got a playbook for any variety of invasion you can name.  He also makes ketchup sometimes and can bake the HELL out of focaccia. Read about his ongoing culinary adventures, as well as a whole lot of pop culture enthusiasm in his weekly newsletter, The Full Lid, published every Friday around 5pm.

He lives in the UK with the love of his life and their ever expanding herd of microphones. Follow him on Twitter as @AlasdairStuart, or at his blog, The Man of Words.