I’ve been thinking a lot about hope recently. Not just the abstract concept, although it is one of my personal favorites along with ‘biscuits’ and ‘Every Brooklyn Nine-Nine cold open ever’. But rather the fact it’s often overlooked in genre fiction and how powerful it can be when it’s there. 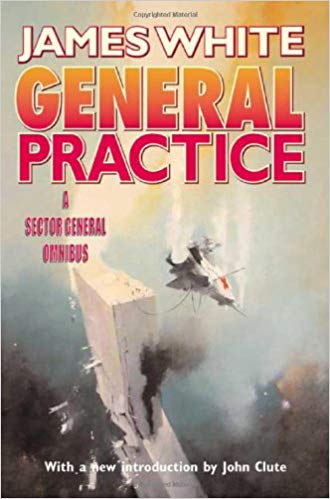 My earliest exposure to serial fiction, and hope in science fiction, was the Sector General series by James White. These were a series of novels, novellas and short stories set aboard the Sector
General station, a neutral medical facility designed to cater for aliens of any biology and scale. The problems, the antagonists, were more often the challenge of getting the patient diagnosed or sedated than anything action related (Although there was occasional punching) and the end result was a series of stories that presented as fundamentally benevolent puzzles. One particularly great instalment involved the logistics of operating on an alien the size of a continent.

I took two things away from the Sector General books. The first was a reaffirmation of my profound respect for every stripe of emergency responder and customer facing profession. My dad was a teacher. My mom was a nurse. I have friends and family in emergency response, the Armed Services and political journalism. All of them put themselves between society and harm for a living. All of them, to misquote A Few Good Men, stand on the wall and tell us nothing bad’s going to happen while they’re there. Or at the very least, nothing else bad.

The second was a fondness for stories that were based around that very concept; hope. It’s intoxicating, especially these days, to look at fiction that has at it’s core a belief in the fundamental goodness of people. And the brilliant, tragic thing about that is that ‘these days’ could apply to any period in the stretch of history that humanity has told stories to itself. The world is always ending but never quite does. And there’s always hope. 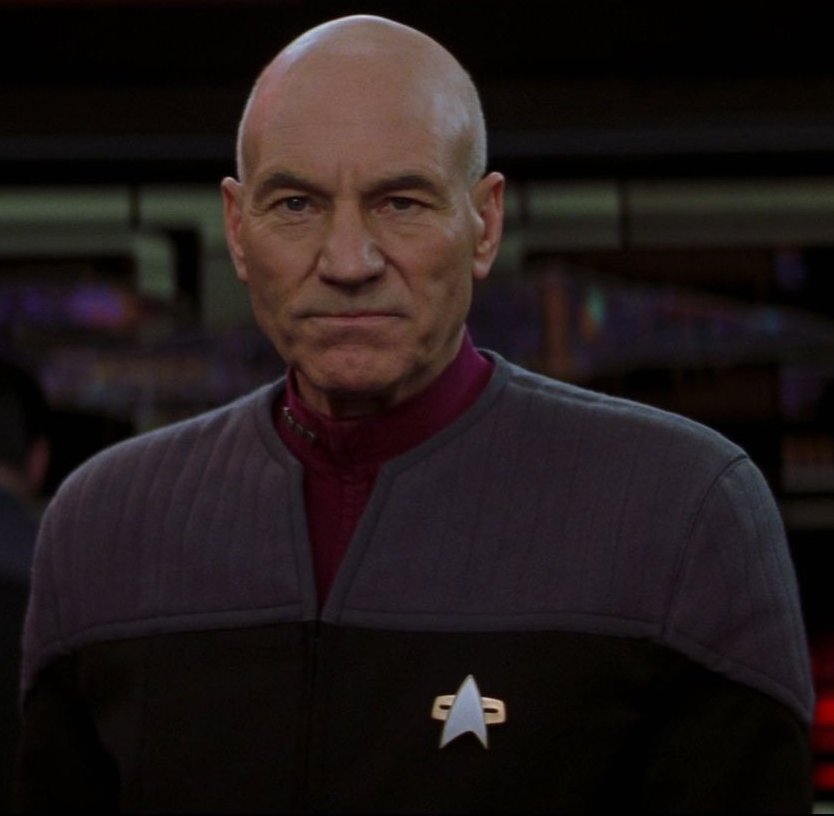 There’s no more intellectual demonstration of this than Captain Jean-Luc Picard. Sir Patrick
Stewart’s iconic role in Star Trek: The Next Generation remains the star around which decades of
TV, movies, comics and novels orbit. Picard was, and still is, the anti-Kirk. Intellectual where his
predecessor was instinctive, compassionate where his predecessor was impulsive. A warrior when needed. A diplomat by choice. Plus he could throw Shakespearean truth bombs like no one else.

The thing I always particularly loved about Picard was that he was a team player. The best leaders are the ones who listen, and so much of TNG was about just that; a problem being worked by a room full of brilliant people, some of whom were human, all of whom were fallible. There’s one particular episode where everything has gone VERY pear shaped and Picard’s first response is to stand, pull his jacket down (obvs) and address the bridge in that stentorian, France by way of Sheffield voice:

An instinctive leader, in a tight situation, trusting his people to know things, and see things, that he doesn’t. I think about that a lot, both as a man and as the co-owner of a company.
And now, Captain (later, Admiral and if I remember correctly, Ambassador) Picard is making a
return. Stewart has confirmed that a mini-series focusing on him is in the works. That’s amazing
news, not just because Stewart is a titan but because Picard is the exact sort of lead that 2018
popular culture desperately needs. Intelligent, measured, calm. Doesn’t own a twitter account.
Yes, this could be a Logan situation where we watch Stewart do ‘Samuel Beckett! In! Spaaaaaace!’
But even if that’s the case the character is still fundamentally hopeful, still concerned in his entirety with the best of people. Still someone with intelligence in one hand and compassion in the other, wielding both not as weapons but as tools. Still an icon of hope. 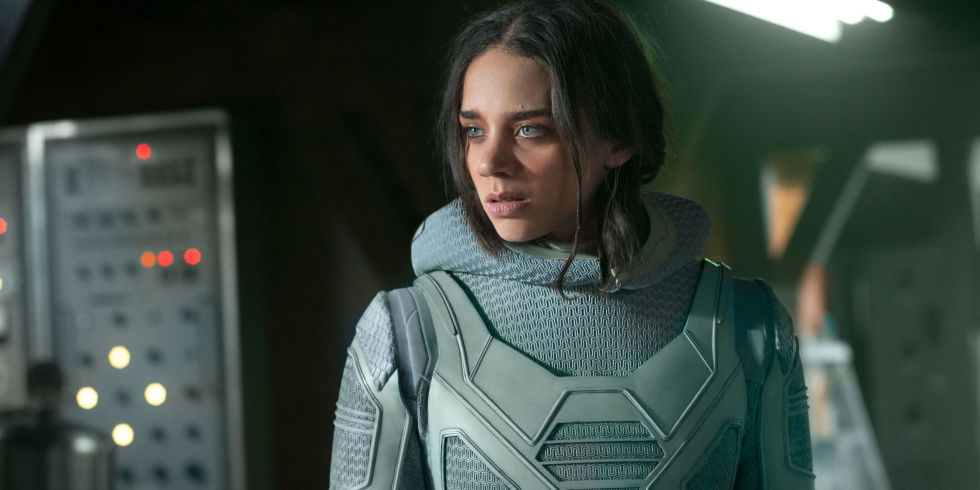 Which brings us to Ant-Man and the Wasp. The sequel to one of the better versions of White Man
Begins that Marvel had us slog through over the last few years is just ridiculously charming from
the get go. Everything that didn’t work last time has been dialled down, everything that did work
has been dialled up and it feels like the Ant-Man movies have now joined the Captain America and Guardians movies as having a distinctive style all their own.

And, fundamentally, the best thing about Ant-Man and the Wasp is that there isn’t a bad guy,
there’s an antagonist.

Hannah John-Kamen is one of those performers whose work has been effortlessly good from the
jump off. She’s incredible in Killjoys, she’s great in Black Mirror, the cameo she has in Tomb Raider
and basically everything else. In Ant-Man and the Wasp, she plays Ghost, a dimensionally
dislocated thief and assassin. She survived the accident that killed her parents, which in turn
damaged her on the quantum level meaning her cells constantly tear apart and reform. She’s
essentially unlocked at the quantum level, leaving a ghostly image of herself when she moves and able to phase through solid objects. Rescued by SHIELD, and turned into an assassin by what’s implied to be Hydra-controlled SHIELD, she lives in constant agony and the relief for her pain is wound up with the very personal rescue mission that drives the A plot of the movie.

She’s also a chronic pain sufferer, albeit one with a science fictional twist. And the moment it becomes apparent that her condition is directly linked to Hank Pym’s research, the movie becomes two rescue missions, one of which is to save her. No science weirdo left behind, not on this watch.

It’s such a brilliant move that it’s passed a lot of people by. Because to be clear, Ghost is a villain
for a good two thirds of the movie. One of the best action sequences is a knockdown drag out
brawl between her and Wasp where her phasing powers and Wasp’s size control basically mean
one shot in three lands and all of them hurt. One of the others is a chase which basically involves
Scott hurling himself around obstacles with acrobatic abandon while Ghost methodically walks
through them. She’s always a threat, but when that threat is contextualised she becomes
something greater, rarer and infinitely more interesting; someone with immense power, in need of immense help. A spy who brought in from the quantum cold by the offer of the one thing no one can resist;
Hope.

There are other examples too. Margaret Stohl’s extraordinary, brave deep dive into the abusive
past of Captain Marvel. The rise of the 20 minute explainer as a program in its own right instead of a news segment. Culture, on every front, in every way is starting to rise to meet the hellscape of the late 10’s with the best possible tool to solve the problem; knowledge and through that, yet
again, hope.

And it needs to. 2018 is a dumpster fire of increasingly 20116ian proportion. But there have been
2016s and 2018s before. The world is always ending, but it never quite does and, like The Crystal Method said, there is hope. And right now, there’s more than there was at the top of the year. That’s not a large victory by any means but you know what? It’s a damn good start.