I was recently asked if I could offer any words of wisdom for new writers trying to approach the publishing industry for the first time. Well I don’t know about wisdom, but I do have some words. – Aunty Fox 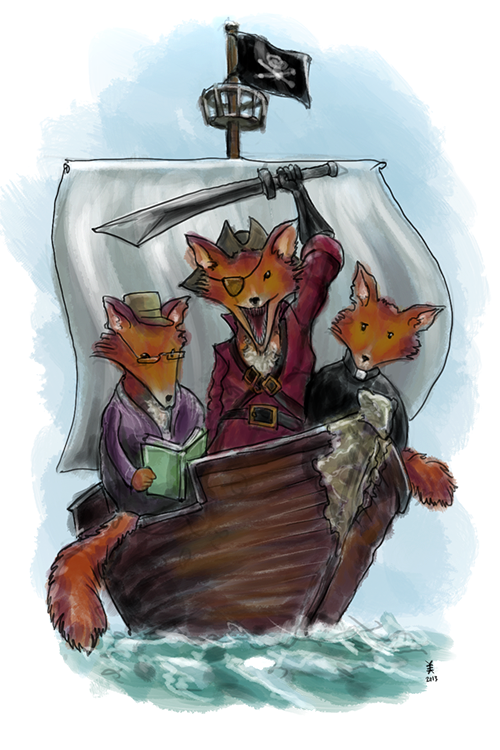 I saw the best minds of my generation destroyed by madness, starving hysterical naked, dragging themselves through the virtual streets at dawn looking for an angry fix, angelheaded hipsters burning for the ancient heavenly connection to the starry dynamo in the machinery of publishing, who poverty and tatters and hollow-eyed and high sat up smoking in the supernatural darkness of cold-water flats floating across the tops of cities contemplating ebooks, who bared their brains to Heaven under the El and saw Mohammedan angels staggering on tenement roofs illuminated by flickering gifs…

All because they could not get a grip on a simple concept:

Writing is not a zero sum game.

JK Rowling’s popularity is not dooming you to obscurity. Nora Roberts does not bathe in the tears of would-be writers. Stephen King does not laugh at you from atop huge piles of money (probably).

But writing for exposure exposes your willingness to write for exposure. Every time you share a HuffPo link, you say, ‘I’m okay with not paying writers for their work’. The choices you make build the world around you. A world that is willing to settle for ‘good enough’ if it’s free. There are a lot of people who write ‘good enough’ and are desperate enough to see their name in print that they will accept not being paid to do so.

There is a revolution happening via ebooks, but ‘the revolution will put you in the driver’s seat’ and you have to take the wheel. It won’t just happen of its own accord. People have to be lured into change. Seduce them.

Writing is not a zero sum game.

It’s a community–that’s why we have the skulk here at Fox Spirit. Do you read as well as write? Do you write reviews? Do you rate the books you read? Do you leave the kind of reviews for books that you long to see for your own? Do you comment or share other people’s books? Do you promote other writers the way you wish people would promote you? Do you share the writers you love?

They’re not your competition.

The ease of letting hours slip away on Facebook or Twitter is. The quick clicks that take you to Netflix or on-demand television or movies is. All the mindless media that allows you to be barely conscious, to idle the days away without effort — that’s your competition. Reading is more work — yet a joy for those who hunger for it. A great book makes you hungry for another, and another, and another.

Write the books you want to read, the books that aren’t out there. Don’t get caught up in how your stories get to readers, just try to get them in front of them and lure them into reading them. Don’t spend your time sneering at the kind of books someone reads. The people you might score points with probably aren’t the ones who’ll be reading your books. Share the stories that hooked you, inspired you and made you want to write. Try to convey that excitement. A hook might get you to buy a book, but it’s the story that keeps you reading even if the writing isn’t all that good.

We’re still sitting around the campfire, waiting for the magic to happen — for characters to come to life, for imaginary adventures to seem more real than the fire (or monitor or phone screen) in front of us, to fall through the hole in the page and into wonderland.

[with apologies to Allen Ginsberg and Gil Scott Heron]