Slightly later than intended, so our apologies for those waiting for this title, but we are delighted to announce the release of Kim Bannerman’s ‘The Blackwood Papers’ is now imminent. 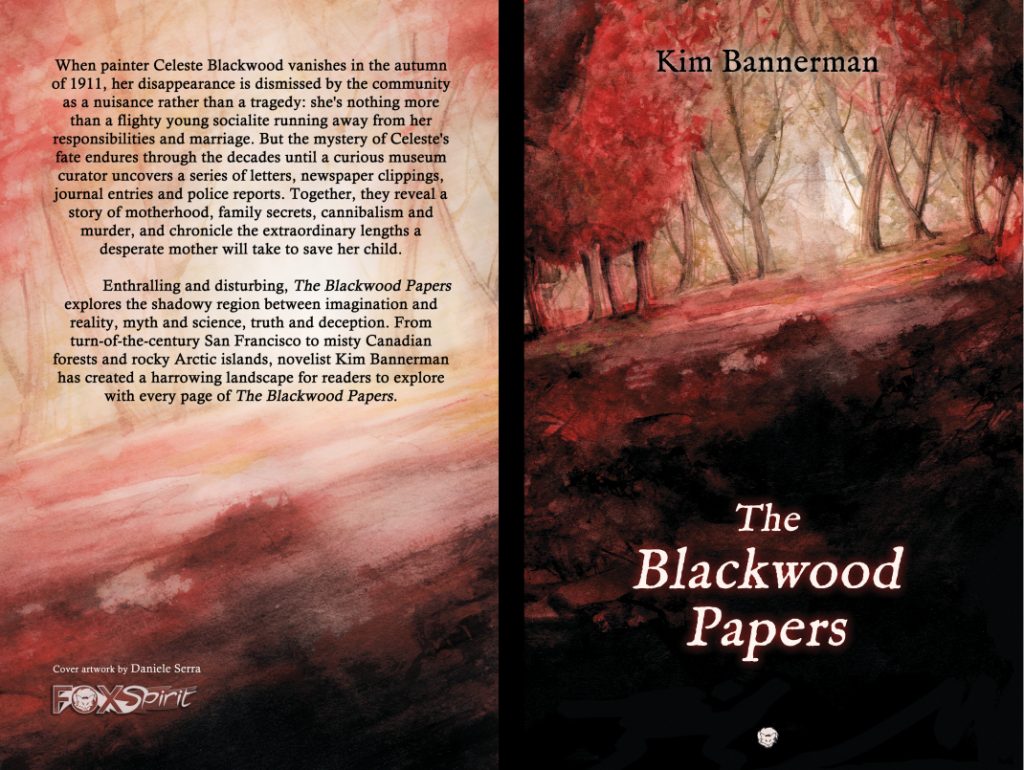 When painter Celeste Blackwood vanishes in the autumn of 1911, her disappearance is dismissed by the community as a nuisance rather than a tragedy: she’s nothing more than a flighty young socialite running away from her responsibilities and marriage. But the mystery of Celeste’s fate endures through the decades until a curious museum curator uncovers a series of letters, newspaper clippings, journal entries and police reports. Together, they reveal a story of motherhood, family secrets, cannibalism and murder, and chronicle the extraordinary lengths a desperate mother will take to save her child.

Enthralling and disturbing, The Blackwood Papers explores the shadowy region between imagination and reality, myth and science, truth and deception. From turn-of-the-century San Francisco to misty Canadian forests and rocky Arctic islands, novelist Kim Bannerman has created a harrowing landscape for readers to explore with every page of The Blackwood Papers.