We have two exciting new titles left to publish before we say goodbye to 2012.

First up Colin F Barnes’ ‘A Heart for the Ravens’ will be released at the beginning of December to ensure the chill in your bones isn’t just from the weather.

In the traditions of Poe and Shelley. Heart for the Ravens is chilling horror with a wry
sense of humour and heroine that it’s hard not to like, in spite of the circumstances.

Katerina is the daughter of a wealthy businessman and resents being treated as another
asset by her father, when she meets Willhelm she thinks he is the man of her dreams
but he is actually just the start of her nightmare. A fire, an interest in science and a
streak of bad luck simply serve to make matters worse. 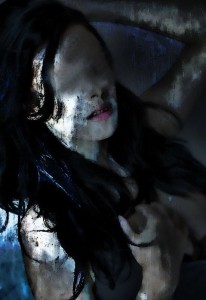 Our final title of the year will be non-fiction.

The yet to be titled book  is a collection of the superb Pseudopod outro’s by well-known genre journalist and Pseudopod host Alasdair Stuart. The collection forms a witty, personal and sometimes poignant look at life, writing and the world of geekdom from someone who’s passion is unquestionable and who’s knowledge of science fiction, horror and fantasy TV and writing are second to none.

The book will be released in all formats on 21st December 2012.

Cover art will be released soon.