Moderately often I find myself drawn into discussions about equality, diversity and representation in genre fiction. The thing trotted out generally in defence of the status quo is ‘the focus should be on quality not equality’. To which my question is continually ‘Why are they seen as mutually exclusive?’

The thing that angers me is the idea that quality and diversity/equality/ representation are mutually exclusive. They are not. No one is robbing an editor of the right to select the best stories by asking them to consider approaching a broader range of writers in the first place.  In fact it’s entirely possible that is a good way to get the best stories. It saddens me that I still find myself drawn into these discussions, because it means they are still occurring with alarming regularity. People are still trying to argue that in publishing and on convention panels you can have quality OR equality. Not true, it’s totally possible to have both. This, my friends is a cake we can all have and eat too! 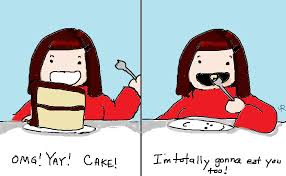 I believe diversity, equality and representation make for a richer experience in fiction (as in life). All those different perspectives, the breadth of experience, the cultural richness of it can only be a good thing for SFF and Horror. I want more Asian mythology, history and religion in my fantasy and urban fantasy reads. These things are less familiar to me and therefore endlessly fascinating to read, but I’d like more (not all) of those books to be by Asian writers because, well they have a different perspective on it than a white British writer for example.

Also as a friend of mine pointed out (you know who you are), it’s all well and good having more gay and bisexual characters in books but if they are all written by straight people nothing has really changed, that isn’t real representation or diversity and it does nothing for gay or bisexual writers. It’s not a bad thing in itself for straight writers to write gay characters, everyone should write the stories, cultures and characters they want. Writing African protagonists should not be restricted to African writers, nor should gay female writers have to write gay female leads, but those characters AND those writers should be part of big picture.

I want diversity in the books I read. I want characters, settings and cultures of all kinds and I want them written by all kinds of people. I want to see an end to whitewashed covers, I want panel parity to not be needed as a ‘thing’ because it’s so normal for women, writers of colour, people who do not identify to a single binary gender or sexual identity and the rest to be on panels. I want the ‘broads with swords’ and ‘women in horror’ panels to vanish because the women who write horror or epic fantasy are talking about it on the other panels.

So this is my stance folks. Diversity in fiction isn’t a good thing, it’s a great thing! An essential thing! A needful thing! Please Embrace it.

*As an important aside, I entirely accept that it is possible to send out invitations for an anth to a good mix of people and still largely get back stories from white men, it happens and it is entirely unfair to hold the editor accountable for then publishing an all or almost all male, white T.O.C. The simple principle on this is the more diverse your invitation list the better the chance is you will get a diverse T.O.C.*

Some interesting sites and articles although this barely scratches the surface of quality discussion on the matter.

List – Mindblowing SF by Women and Writers of Colour

A couple of posts on whitewashing by InsideaDog and Booksmugglers