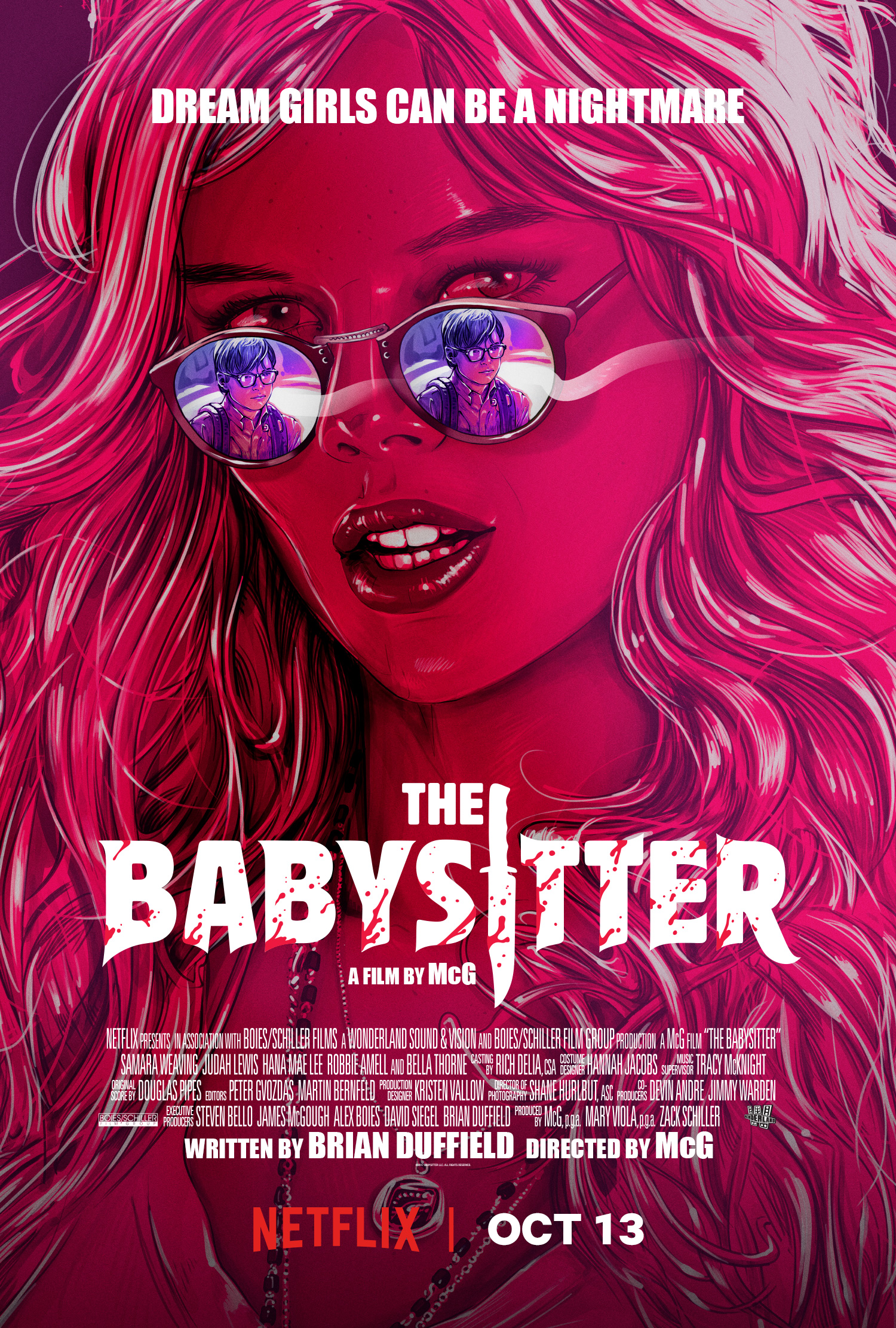 It’s been Happy Christmas! Welcome to one of my favorite times of year, the week that isn’t quite anything!

Know what it’s perfect for?

It’s been a planes, trains and automobiles kind of month. A trip to Vegas for a friend’s wedding, another friend’s vow renewal and PENN AND TELLER!!!!!! Was followed by two trips into That London and a journey to Winterfell for my dad’s first ever book launch.

It’s been GREAT. it’s also been exhausting. And annoying in spots. I am consistently about an inch and a half wider than seats than are designed so I get shoulder checked basically every time someone comes down the aisle. As a result, on long journeys I sleep pretty intermittently (Although I passed out somewhere above Hudson Bay and woke up somewhere above Ireland on the journey back which is a WIN).

I watch movies when I travel. A lot of movies. And I can honestly say I’ve seen very little this year that’s more fun than The Babysitter.

Released on Netflix a little while ago, The Babysitter stars Judah Lewis as Cole. Cole i a 12 year old kid, sweet, nerdy, and perpetually babysat. His parents love him but they also…well…they need some space. So he’s regularly left alone for the weekend while they go and have ‘hotel therapy’ and Bee, his babysitter, looks after him. Played with Harley Quinnian joy by Samara Weaving, Bee is no nonsense, nerdy to the core, tough as nails and gorgeous. Cole is very much in love.

That is not going to end well for him.

After a relatively slow opening 15 minutes, The Babysitter puts every piece of chocolate in the house in the blender, adds all the coffee and downs it in one. The second two acts escalate with just startling grace as Cole discovers the truth about Bee and is hunted by a carefully picked ensemble of some of the best young actors and actresses working today. It’s like a Joe Dante movie mixed with the middle of a Supernatural episode before the boys show up. Only they never do and the only person who can save the kid is the kid.

I love this movie so many different ways. Samara Weaving is about to have a very good horror year with the imminent release of Mayhem and she’s GREAT here. Brian Duffield’s script cleverly gives her just enough back story for you to fill in the rest and Weaving balances flamboyant charm with dead eyed rage perfectly. The supporting cast are great too, especially Bella Thawne as a would-be conspirator and Robbie Amell as, well, Robbie Amell. The Amell boys have been doing great work for a while but Robbie, here and in the magnificent The Duff, shows truly remarkab;e comic timing. The dude’s amazing, and it’s a pleasure to see him work.

But the stars  are Judah Lewis and McG. Lewis is amazing as Cole precisely because he’s so normal. I’ve been this kid; nice, unsure of himself, terrified of everything. He’s instantly likable and Lewis has an incredible line in long-suffering commentary that gives the movie some of it’s best lines.

And McG is so clearly having fun that he sweeps you along with him. There’s a specific moment where the film goes full Grindhouse and from that second on McG is off the leash and running down the hill, screaming with joy. Captions, freeze-frames, locked off and mobile cameras. Everything is on the table here and everything is used to create a movie that’s scary, clever, funny and FUN. Best of all, the film doesn’t so much sidestep the ‘…OR IS IT?!’ Beat that horror movies have leant on for decades as turn it into something earned and fitting.

The Babysitter is FUN. Nasty, stabby, sweary fun. It’s in my top 3 movies of the year and I can’t wait to see it again. If you’ve got Netflix, do yourself a favor, and check it out. And bring your pen knife…