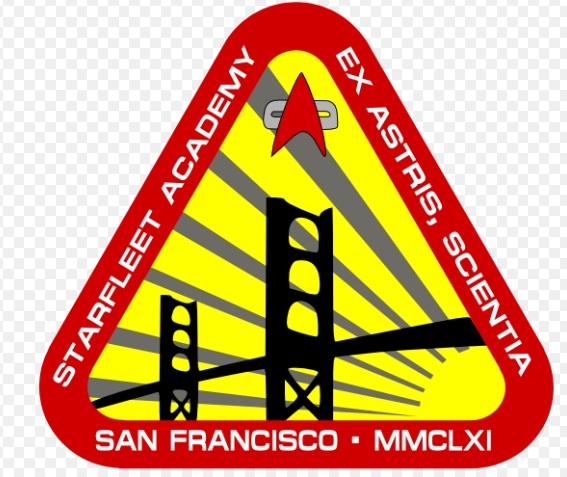 There are two ways to view the news that Alex Kurtzman is not only going to be the showrunner for the remainder of Discovery season 2 but is spearheading the development of a fleet of other Star Trek shows. The first is to worry about the brand, nod grimly towards some of Kurtzman’s previous projects and wander off muttering about how Star Trek isn’t the same anymore.

The second is to kick a hole in the speakers, pull the plug and pogo off stage. Because, as I realized earlier today, Star Trek is and always shall be punk rock.

First off, yes Kurtzman has some ropey projects on his CV. The vast majority of people do. Not everyone has the massive success of the original Kelvinverse Trek movie, Fringe (Especially its early seasons) and the best Mission: Impossible movie on their record. Kurtzman does. And while there’s bad stuff on there as well, I’m remaining belligerently hopeful. Not only because the showrunners he’s succeeding were reportedly verbally abusive to their writers (Yell at your writers and they will eviscerate you in fiction forever) but because Kurtzman’s new deal, as reported by variety, is taking Trek the exact place it should go; where it’s never gone before.

The word is that his slate currently looks like this:

How about we start with the one giving everyone palpitations. The Starfleet Academy show is a great idea that arrived a couple of decades early. The original idea was to create a second tent pole franchise that would be

It’s a great idea in principle but at the time it played too much like a back door replacement and was nixed. The brilliant thing about the idea is that it works far better as a TV show than it would as a movie. Plus Schwartz and Savage have shown, with Runaways, they’re exceptionally good at exploring the lives of gifted, difficult, weird young people and that describes pretty much every Starfleet Academy class you’d care to name.

This show has the potential to be the heart of the new Star Trek TV universe because cadets are the heart of Starfleet itself. Yes, it’s a military organization, a Navy that works in X, Y and Z axes but it’s also a fundamentally altruistic, compassionate, curious organization. Starfleet exists to explore the universe, make everyone’s lives better, meet new cultures and learn from them. That’s a powerful motif at the best of times and it’s no accident Discovery’s best episodes centred this concept. It’s also an immensely powerful, hopeful platform to tell stories from. Especially now and especially with a young, presumably multi-national and multi-species cast.

Then there’s that mini-series, whose plot may not be as confidential as anyone thought. Io9 are reporting that Sir Patrick Stewart is in talks to star in what would be the first Next Generation sequel since Nemesis. That’s going to make a massively vocal fan base immensely happy, and also put to rest one of the longest standing fan conversations; What happened after Next Generation?

Better still, it gives the shows a chance to break undeniable stylistic new ground in a more permissive environment than Discovery did. A mini-series with a beginning, a middle and an end? Trek as event TV? That’s so perfect I’m stunned it’s ever been done before. And better still, to do so with Captain Picard?! That’s like Christmas coming early, having brilliant diction and knowing Shakespeare.

It’s interesting too that there are plenty of gaps to fill in the post-Next Generation time period as well as amazing stories that already exist there. Star Trek‘s tie in novels have done an astonishing job of continuing the narratives set up in the various time periods, introducing new characters and new ships, crossing over with massive success and keeping the franchise very much alive and kicking. Likewise, Star Trek: Online does an excellent job of continuing the timeline in a new era, three decades upstream. All these stories, and their creators, deserve your time and the biggest challenge these new TV series may face is threading the needle between all the various islands of established stories.

Either way, there’s lots of opportunity for cameos from familiar faces and, more importantly, a chance to tell a compelling story in a different way featuring one of the greatest characters in the franchise’s history.

But seriously, sign me up for that West Wing model if we get it.

The Khan mini-series is a little harder to parse but I can see why they’re going for it. Khan remains the most iconic villain the series has ever had, and, after the misstep of casting Benedict Cumberbatch as him in Star Trek Into Darkness, there’s certainly room for a new, definitive take on the character.

As to what the series could be about, there are a couple of possibilities that spring to mind. The Eugenics Wars have always been somewhat…movable, within Star Trek canon and an origin story that explored them would have a lot of potential. It would also, if done wrong in the current climate, be the televisual equivalent of a slow motion 4K train wreck.

What might be more interesting is an exploration of Khan and his people’s time in exile on Ceti Alpha V. Perhaps there were other visitors before the Reliant or some of them were able to get off world. Either way, it’s the show we know the least about and has the most potential as a result especially as this may well be the secret project Nicholas Meyer has been working on for the last couple of years. Let’s face it, if anyone can bring Khan back and make it work, it’s him. And if Miguel Ángel Silvestre from Sense8 isn’t in the running to play Khan then something has gone seriously wrong.

Finally, the concept of a new Star Trek animated series fills me with glee. Not just because the original did such a great job but because the new series of Voltron in particular has demonstrated time and again just how well episodic SF adapts to the format. It’s also worth noting that this could be where Stewart shows up again. He’s got years of experience doing voice work with Seth MacFarlane and it’d be oddly fitting for him to bring that skill set back to Trek.

Then there are the possibilities of what a Marvel-like approach to Star Trek open up. What if the Academy show introduces a character we see, as an adult, in a later series? Or a crossover which starts in one show and flashes back there for an episode? The Arrowverse has proved time and again how effective these storytelling techniques can be and this is new ground for Trek so anything goes.

And, of course, there are the side benefits. Discovery took endless flak for both its design choices and the fact it didn’t ‘feel’ enough like a prequel for some people. Others wanted a continuation rather than a new start and still others objected to the perception of liberties being taken with the show’s canon and design.

All of those things were and are, for me, among the show’s strongest points. And the beauty of it is now they can be again without being, ironically, the torchbearer for the entire franchise. Trek contains multitudes, and here, at last, is a chance to prove it. Any era, any approach, any subject matter.

It doesn’t matter what we get in a way because the simple act of it being presented in this way means it will be different, and new and interesting. Let Discovery be Discovery. Let the new shows build on what’s gone before. let the audience pick which flavour works for them.

So why is Star Trek punk rock and not metal? Because it’s Star Trek. Because ‘Out there, thataway’. Because of trans temporal cetacean rescue missions and coffee hidden in nebulae. Because of baseball and holographic civil rights. Because of Tom Hardy’s first big job being playing Evil Jean- Luc Picard. Because of dogs named after musketeers and officers who are emotionally compromised. Because of Saru’s ability to sense death and what he says when it isn’t approaching. Because of the untidy canon and the dubious timeline and the hundreds of novels and comics and games.

Because Star Trek is an exuberant sprint, head up, arms wide, into a future where we aren’t alone and we don’t deserve to be. It’s a universe built on hard won compassion and hopefulness, on the joy of discovery and learning and communication. Infinite Diversity in infinite Combinations and sometimes those combinations will absolutely have weird uniforms, or a strange theme tune and that doesn’t matter. Because Star Trek is a universe built on hope, on curiosity and on engaging with and learning from the other. And right now, that’s almost as punk as you can get.

Four new series. Four new takes plus more Discovery and more Orville which plays a lot of the same notes, just in a different order. I can’t wait. And I’ll see you in the mosh pit.