Cult TV shows become cult because they provide the viewer with something to relate to.  It might be a character or story resonates with the audience straight away or makes us laugh.  Equally it might provoke confusion and even distress but being aware that we are reacting is why we watch some things over and over, quote them to our friends and ‘like’ them on Facebook.

ST:TNG and DS9 both taught me that no one is every wholly good or bad and that sometimes painful decisions are necessary.  Troi sending La Forge to his certain death in order to pass her command exam has always stuck in my mind.  While Roddenberry’s optimistic view of humanity was a welcome relief from the many apocalyptic/post apocalyptic visions of the future, it didn’t shy away from showing some situations can not be resolved neatly and painlessly.  While Kirk revelled in being the boss, TNG explored the weight of responsibility that comes with power. 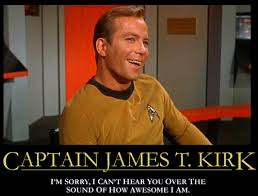 This was also a recurring theme in The West Wing.  In the season 2 finale ‘Two Cathedrals’ the President stops being the commander in chief and instead becomes accessible.  He stands alone in the great and holy space and vents his sheer fury with the God he believes in.  His anger and confusion and disgust as he rails against a force unseen and unheard resonated with me so powerfully the scene left me sobbing.  I thought I was the only person who struggled with reconciling the idea of a supposedly loving God  with the pain and hate and downright unfairness I see in life everyday.

Doctor Who taught me that love can run very deep without being romantic or parental and that no man is an island, even a mad man in a box.  The Doctor in all his regenerations has been very clever but despite having two hearts he has relied on the human sensitivities of many of his companions to come to important decisions.  In return his companions and his audience have been presented with ethical dilemmas with no obvious answer and resolutions that must be reached with the minimum of violence, at least on The Doctor’s part.

Firefly demonstrated that morality is a social construct not an absolute.  If Inara Serra was being portrayed in a TV show set in the present, her job as a companion would not be lauded or as glamorous as it seems aboard Serenity.   She would be damaged in some way, there would be drugs and violence around her which would wreak havoc inside and out.  She would be judged and discarded and be presented as an invisible part of a society that would like to pretend she didn’t exist. 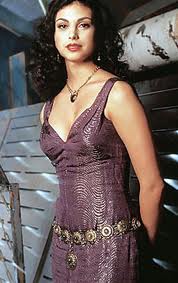 In Whedon’s world Inara is perfectly happy with her chosen profession and it grants her a higher social standing than Captain Tightpants and his ragtag crew of soldiers, preachers, medics, mercenaries and, well, River.  Inara is one of the few female characters who is shown as at peace with her sexual appetites and partners.  That some clients are female provoke no anxiety about her sexuality, she is truly comfortable in her own skin.  Plus although there is a strong romantic undercurrent between her and Mal, neither sees those unspoken feelings as meaning they can’t have sex with other people.  In making sex such a fundamental part of Inara, it actually freed her from the usual stereotypes and expectations so many female characters become buried under.

Sometimes 50 minutes considering what constitutes a violation of the prime directive or a UN peace treaty, crying with a President because grief and loss leave scars that never quite heals or getting lost in a space western is the best therapy there is.