With the success of Guardians of the Galaxy, I can’t start a conversation, walk into a shop, or look on social media without hearing about someone’s fascination for everyone’s favourite tree, the lovable Groot. But it seems a little strange to me that it took an unlikely friendship with a machine gun wielding raccoon for us to notice the importance of nature. 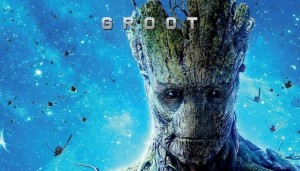 Let me take you back around fifteen years: I was but a teenage boy, home from school. Homework done, I was finally allowed to watch TV. Most nights, I’d enjoy the animated antics of The Simpsons, but tonight something different was about to happen – something new. I was about to discover for the first time a show that would forever have a place in my heart: The crazy, dark, mind*%@^ of guns, aliens and puppetry that we all know as Farscape.

Now, you’re probably thinking, “But wait! I can see some of the similarities between Guardians and Farscape – the badass human on the other side of the universe, shooting stuff up, the evil empire keeping other races in check, the daring spaceship chases that made me more excited than I’m proud to admit. But Groot? Are you high?”

Well, bear with me. There is a Groot-like character in Farscape that a lot of people (unjustly) tend to forget about – Moya. 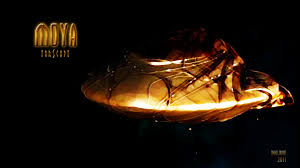 Moya isn’t just a ship; she’s a Leviathan, a living ship. And just like Rocket and Groot, the crew have a symbiotic dependency with her. We hear her scream in battle; we see Pilot double over in physical pain whenever they take a hit; we even see her give birth. I’ll agree, she didn’t any zingy one-liners, but I doubt we’ll be seeing the QE2 with a lifeboat in the oven any time soon (if you know what I mean)!

Farscape, in particular the relationship between Moya and Pilot, taught me an important lesson that I still carry with me. Just because we can’t hear what our environment is saying doesn’t mean it isn’t screaming out in pain. The show taught me that we need to respect our world around us, look after the planet and pay attention to nature. After all, is the Earth not simply our own living spaceship?

By now some of you will have either stopped reading or are rolling your eyes muttering, “Tsk! Bloody bleeding heart liberals! What, would they have us all worshipping moss like some filthy pagans?” Well, let me end with a question: How many times in the five years it was on TV would Farscape have had to include the line, “I am Moya!” before everyone started going all goo-goo eyed and squeeing, “Awww! It’s so cute!”