Please see the Waxing Lyrical category for more information on being part of this series.

A little while ago there was a lot of excitement over an openly gay character appearing in an established science fiction universe. The author was a straight white man. There is a lot of this going on, with writers recognising (at last) that people like to have the option of reading about characters more like them. The rise of the #weneeddiversebooks campaign, targeting mainly the young adult arena, certainly drives this point home. 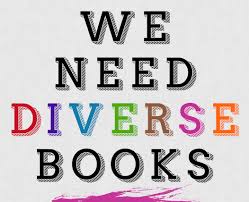 In itself, this greater representation seems like a good thing. We do need diverse books, we need to see the real variety the world provides represented in our reading, so on the one hand, yes we should all be pleased people are writing more diverse characters. For one thing, it makes books a bit more interesting. For another it’s important that everyone recognises the need for diversity and engages with it the best they can. I just want to take a moment here to stress; no one is saying that anyone else shouldn’t write more diverse characters. Not here anyway.

Of course this apparent progress has given rise to its own issues. How valuable is diversity that is only page deep? What is it people really want? Do we want straight white cis men to be representing everyone? Is that actually diversity or is it just the old guard hanging on to their dominance of genre fiction by telling other people’s stories for them instead of letting them tell their own.

In awards terms this year; The Hugo’s have shown that women and writers of colour are more than capable of writing their own stories and representing themselves, so perhaps the industry needs to open up more space for that and let them. As a side note, the Clarke award demonstrated that it is still ok to be white and male in science fiction, it turns out you just have to write really great books (therein may lie the actual problem for many of the writers crying SJW). 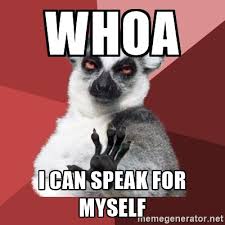 It’s an insidious issue, because it’s easy to claim the mantle of ‘ally’ by writing diverse characters and it’s very difficult to challenge reasonably. After all it’s not generally that LGBT writers don’t want straight writers having LGBT characters, it’s just, they want a chance to write their own books, their own characters and tell their own stories their way. It’s a near perfect soap box, it’s hard to tell a man who is trying to be an ally to women that he’s not helping, especially as the intentions may be entirely genuine, but if women can’t be heard, can’t be seen due to the sheer number of men selling feminism, then isn’t that at risk of silencing women just as effectively as the people who openly tell them to sit down and be quiet? Effectively you are talking over them, drowning their voices out and you might as well order off the menu for them while you are at it.

It amounts to this for me. If you really want to be an ally draw gay writers into your discussions about gay characters, help them to share some of your platform and be heard.  Readers, if you really want to support diversity you need to read diverse books and that means you need to seek out diverse authors: Nnedi Okorafor, James Bennett, Tade Thompson, and Zen Cho are a few good starting points. You may have to look a little further but when it comes to diverse reading accept no substitutes.