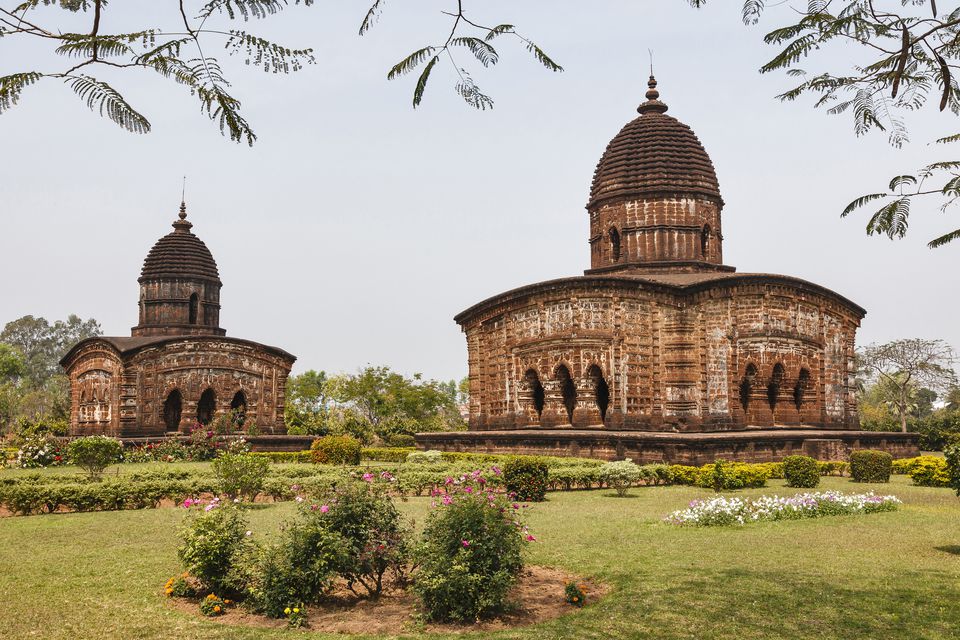 Bengalis love ghosts. In fact, ghost stories are a part of Bengali heritage. Ghosts are serious creatures, they are very particular about where they live, and have unique haunting habits. Bengali folklore is full of spooky tales—let me share a very popular one.

In Colonial Bengal, it was fairly common for men to work in cities and live in temporary lodgings often referred to as “messes” in Calcutta, while their families remained in rural Bengal. The men would work all week, go home on Friday evenings, then catch the Sunday afternoon train to get back to the city to work. Sometimes, when there was a lot of work, they would not be able to go home for a month or so. This story is about Gopal Das, who lived in a mess and was unable to go home for almost a fortnight.

Gopal took the early afternoon train home. When he reached the station in his rural town, it was almost dusk. His home was a mile-long walk from the station. One thing that caught his attention this time was the eerie silence at the station. There would always be a few people sitting there, but the station was empty, something he had never seen before. The little shanty around the corner that sold tea was closed, adding to the silence. He had never seen the station completely empty before. The silence created a strange sense of unease, as if the whole village had fallen asleep. It was already night when he reached home.

The house seemed unusually dark and quiet. Electricity had not reached his village yet, but there were always oil lamps outside the door. His mother opened the door. She had a small lamp in her hand, that hardly lit anything; he could barely see her. She seemed extremely reluctant to answer his questions, mostly replying in monosyllables. But she did inform him that the rest of the family wasn’t feeling too well, so they had all gone off to bed early. She was waiting to serve him his dinner, and she too would go to bed afterwards.

He washed himself quickly and sat down to eat. Dinner was rice and dal (lentil soup). After a few bites, he realized that the dal was unusually bland. His mother was sitting by his side waiting for him to finish his meal. He asked her if there was any lemon to flavour the dal. She nodded her head and stretched her arm to fetch the lemon. It stretched, stretched, stretched and stretched… first it reached the window, opened it, then reached the lemon tree, plucked a lemon, and came back inside and gave it to him. End of story.

There is a post-script to this tale. The entire village had died of an epidemic. It was now a ghost village. The mother’s ghost was waiting to feed her son who she knew was coming home that day. This a very common theme for ghost stories.  My grandmother told this story to me when I was a child; later, I heard it from many others. The context differed but the core idea was always the same.

Bengali folklore has no shortage of large spaces that are completely occupied by spooks: villas, forests, marshlands, hamlets. One major reason for Bengali ghosts having huge spatial benefit is simply because they died in large numbers to guarantee it. Bengal was so often afflicted by epidemics that in a fortnight everyone in a village could be dead. In 1896, the plague struck Bengal. This was followed by cholera and malaria in 1906. The 1921 census revealed the average death rate to be around 30.3%. In 1925, 4,97,473 people had died of malaria[i]. It is only natural that haunted landscapes would be an integral part of Bengal’s collective memory.

Only recently, I realized how almost every ghost story I loved as a kid is an important piece of history. There is no glory in dying of small pox or plague. This is not a dramatic, memorable death. Epidemics often get reduced to mere statistics. These ghost stories exist as an attempt to move beyond those deaths, and allow the victims to somehow continue to live. A man may lose everyone he loves, but there is comfort in the idea that, even though she has died, a mother will make sure that her son doesn’t go to bed hungry.