It always seems hard to discuss the origin of a story. Like those triumphant moments in junior school when you proudly announced the answer to a question and someone says “now show your working please” and suddenly all your triumph fades—all you can wonder is how did I get here in the first place?

It’s very tempting, at least for me, to be over analytical. Just layout the steps one by one and that should give you the answer but writing is not mathematics and besides, the writer in you points out, shouldn’t it be dramatic? Isn’t it your job to tell a story people will like? (the irony being half the reason writers tell stories is we hope that people will find them more interesting than we feel!)

If I were to list the steps in the creation of “Sacrament of Tears” I’d have to start by admitting that I chose the Abiku because the Lightening Bird was already taken.

Simple as that from a practical stand point.

Okay I’ll just grab something else from the menagerie.

Except it didn’t turn out to be simple at all – I should have known I was in trouble when I presumed it would be.

The moment I started to read up on the Abiku I was intrigued – what terror could be worse than the prospect of losing a child? Worse the child itself being complicit in that loss.

My spooky senses were positively tingling. This was way creeper than any straight up blood and gore monster this was something that nested in your family, made you love it and then stole all your happiness – monster gold, surely?

But no sooner had I confidently agreed to write my story than I realized what a complex task I had undertaken.

The Abiku is not just a monster, it is a fact of life. There was a time when the threat of wolves in a harsh winter might have given similar weight to ravening werewolves or the sight of un-decomposed bodies might have inspired whispers of vampire, but these things are distant now, weekend thrills and movie-house ghosts. The jump-scares and startled screams that colour so much modern horror just weren’t going to cut it. 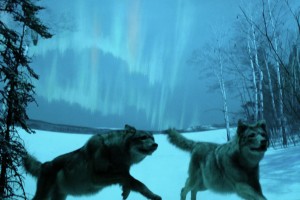 The Abiku is insidious, for all it cuts closer to the bone, thus it is also harder to depict. How can one grasp the slow horror of a child slipping away from you? Particularly in parts of the world where infant mortality rates have fallen so much.

I faced the question of how I might do this African monster justice?

The terror of the inexplicable loss of a child is echoed around the world in stories of changelings, fey abductors, even cats that come to steal a child’s breath. It is of particular concern in African cultures where until relatively recently the view of the world beyond the homestead was of chaos kept at bay.

I thought long and hard of all the parallels, all the shared experiences both ancient and modern that lend weight to the profound terror that the Abiku should represent. The flavour of the monster may be African, but the concept is truly universal in its menace.

So that’s where I started, with a stranger looking in from the outside.

Well not really, there were a few rewrites before that, but the angle from which the story was told ended up becoming key. As far as communicating what it must be like to have one’s life  touched by an Abiku goes—I know I failed and was presumptuous to have thought I could  succeed but hopefully Martin Faircut’s letter does something else.

Like any true horror the Abiku is beyond anyone who has not experienced it but in the voice of the outsider, the explorer who may take one step too far in the wrong direction I hope I have conveyed at least some of the unease and foreboding that drew me to the monster in the first place.