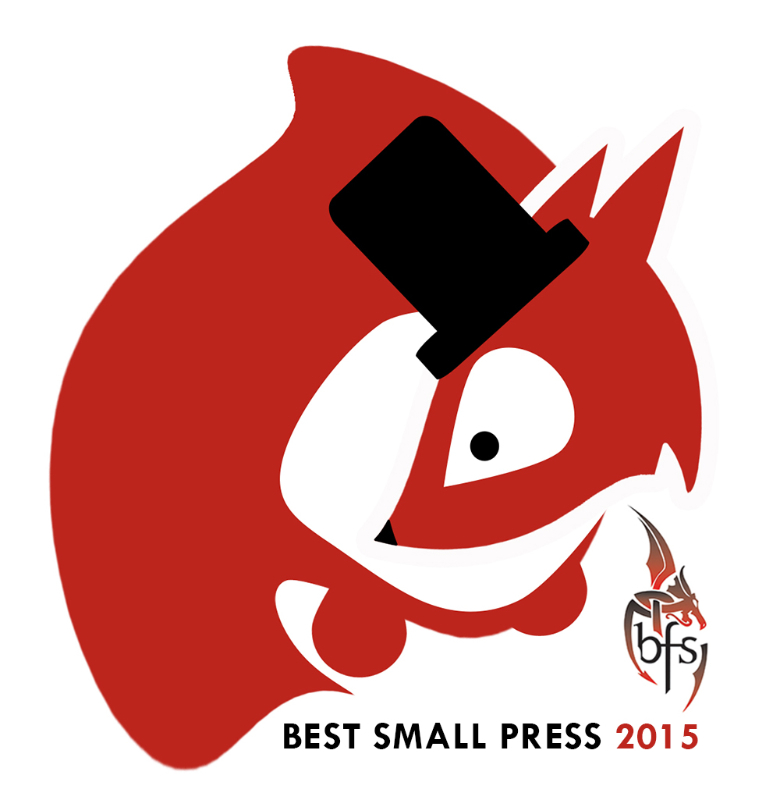 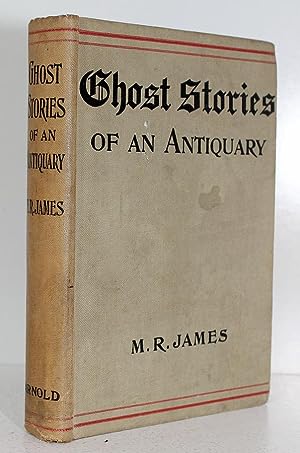 Sometimes it can be quite hard to put your finger on exactly where a story came from or what inspired it, because so much of writing happens in the subconscious. I usually start out with a snippet of a plot, or a character or an idea, but once I start writing other things accrue and attach themselves to it; events occur that I wasn’t expecting, characters pop up and demand to take part, the story takes on a life of its own.

But I can put my finger on some of the influences on The Well Wisher.

I’ve always liked classic horror and ghost stories, ever since reading my grandparent’s copy of A Century of Thrillers: From Poe to Arlen, which sat on their small and only bookshelf, along with The Passionate Witch by Thorne Smith. (I’ve still got the book and the bookshelf.) A Century of Thrillers is a chunky volume, published by The Daily Express newspaper in the 1930s. Its a great collection of classic tales and well worth tracking down.

I wanted to write a story in that vein and thought it would be interesting to write about a haunted object. M.R. James’s The Mezzotint, A Candle in Her Room, (a terrifying children’s book by Ruth M. Arthur,) and Stephen King’s Christine all tackle this concept in quite different ways.

James’s haunted engraving replays a horrific incident from the past but doesn’t offer any real threat to its observers. You could argue that the true horror of the tale lies in the fact that the protagonist is powerless to influence the events he sees slowly unfolding in the picture.

In A Candle in Her Room the wooden doll Dido exerts a malign influence over three generations of the same family. It is the way that possession of the doll changes its owner that is frightening. 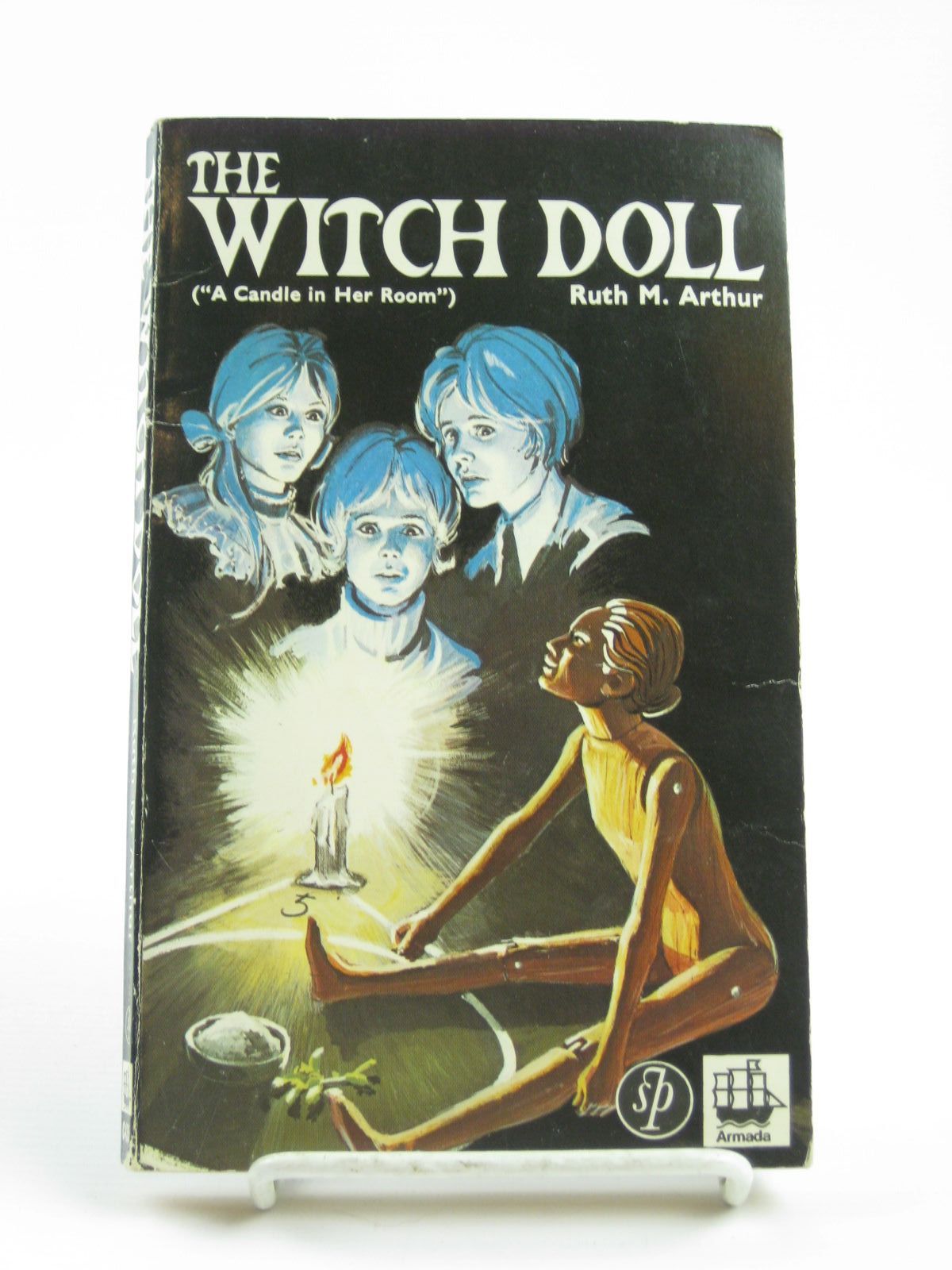 Christine, the 1950s Plymouth Fury, is the most concrete haunted object of the three, quite capable of killing you on its own. But like Dido, possession of Christine changes its owner. I like the way King turns the classic 1950s car, a symbol of the American Dream, into something evil. I also like the detail, missing from the film, that Christine’s milometer runs backwards: the more you drive it the newer the car gets. When thugs trash the car, owner Arnie pushes it round the block all night, putting his back out in the process, until the car repairs itself. There’s something satisfying about the physicality of that action.

I had a feeling that if you’re going to write about a haunted object then it should be a functional object, and if its normal function can become threatening in some way then that seemed to me to be satisfyingly neat. Of the three examples of haunted objects above, I think only in Christine do you get a sense of what has caused an inanimate object to turn nasty: Christine has been created by the human hatred of its previous owner, rather than any supernatural force. So its progenitors are Frankenstein and Dr Jekyll and Mr Hyde rather than Dracula: we create the monster and we become the monster, rather than the monster being a threat from elsewhere.

I like structure in stories. I find it satisfying when things have some kind of internal logic. So I wanted to know why my haunted object behaved the way it did. And that ‘why’ had to also be something to do with it’s function. That was what I was trying to achieve and I hope it works.

I’m being a bit coy about revealing too much about The Well Wisher because I hope you’ll read it and I don’t want to spoil it for you.

Miss Andrews, the central character, evolved all on her own to become a troubled, clever, kind, brave, flawed person. And I can’t claim to have planned any of that, it just happened. I do know that one influence on her was Jane Eyre. I’d recently seen a theatre version of the story and it was rattling round in my brain, especially Jane’s orphan status and poverty, which define the choices she can make in life.

For an unmarried Victorian woman, educated but not wealthy, being a governess was one of the few options available. Charlotte and Anne Bronte did this in real life and that experience is reflected in both Jane Eyre and Anne’s first novel Agnes Grey.

I felt that the Victorian governess was in a rather uneasy position, not quite one of the servants, but not truly a member of the family either. I liked that sense of isolation, unease and insecurity.

So Miss Andrews became a governess, sometimes too forthright for her own good but worried about her future, and much braver than me. I would like to know what happens to her next.

But as I said at the start, a lot of any story emerges from the subconscious. So when I was reading the proof copy of Respectable Horror, I was struck by how much of The Well Wisher seemed quite unfamiliar. “Where did that come from,” I wondered, “And that?”

I can’t even claim credit for the double meaning in the title….

Matthew Pegg is a writer based in Leicestershire in the UK. Most of his writing has been for theatre and includes work for puppet companies, youth theatres, community plays and a script designed to be performed during a medieval banquet. His most recent theatre work was Escaping Alice, a love story with chains and handcuffs, for York Theatre Royal. He’s also completed a community radio play based on the life of Wordsworth and has been commissioned to create a puppet play to tour to care homes for people suffering from dementia. In 2012 he completed an MA in Creative Writing, and since then he has been working on a novel, and placing short fiction with a variety of publishers. Website: http://www.mpegg.co.uk